It’s been an established given for some time that streaming services such as Netflix had upended the traditional TV establishment, but the degree to which had not been clear.

Viewniverse did this by putting all brands on a level playing field, asking 1,857 U.S. video viewers which they regularly viewed and then assessing which of these would make their way into a bundle of up to 10 networks and services (see table below). 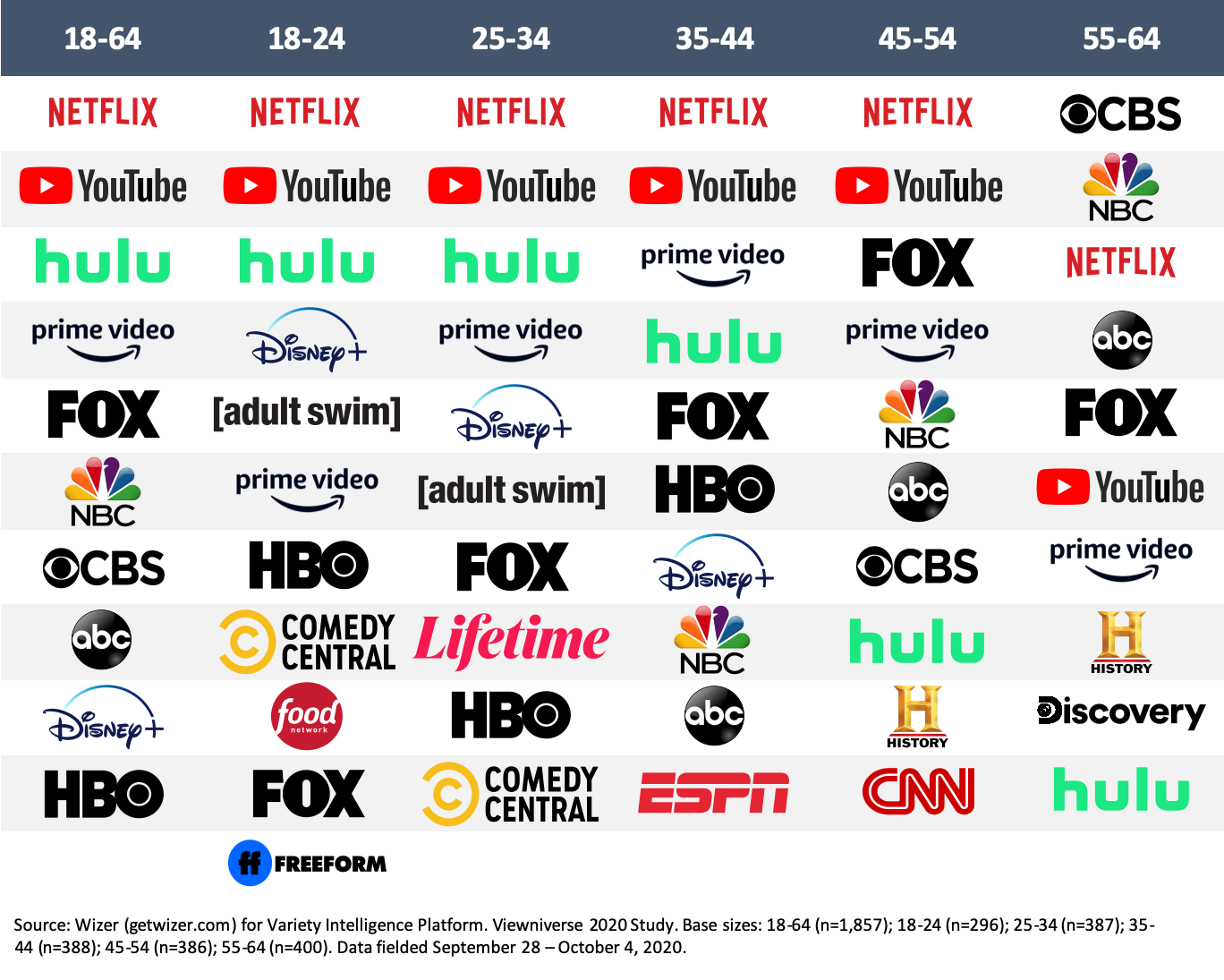 The top slots for all ages save for 55-64 are dominated by streaming services. This heralds the leading role in entertainment that Netflix, YouTube, Hulu and Prime Video play in most viewers’ lives, with it notable how Disney+ has already cracked the top 10 on an overall basis.

Streaming dominance aside, a key finding here is how younger viewers (those under 35) do rate some cable brands as important. Adult Swim, Comedy Central and HBO appear in the top 10 lists for both 18-24 and 25-34, suggesting that these are key brands to anchor streaming services around for CBS All Access/Paramount Plus and HBO Max in order to attract younger viewers.

The considerable lack of broadcast networks among 18-34s is also significant. Only one—FOX—appears in their top 10s, with this suggesting that younger viewers do not find network TV provides great value to them. Broadcast nets increase in frequency as viewers age, with CBS also increasing in importance the older one gets, rising to being the brand most likely to be picked in a personal bundle among 55-64.

The Viewniverse study builds upon this by asking viewers to select the most important network to them from the ten that they put into their personal bundle (see table below). 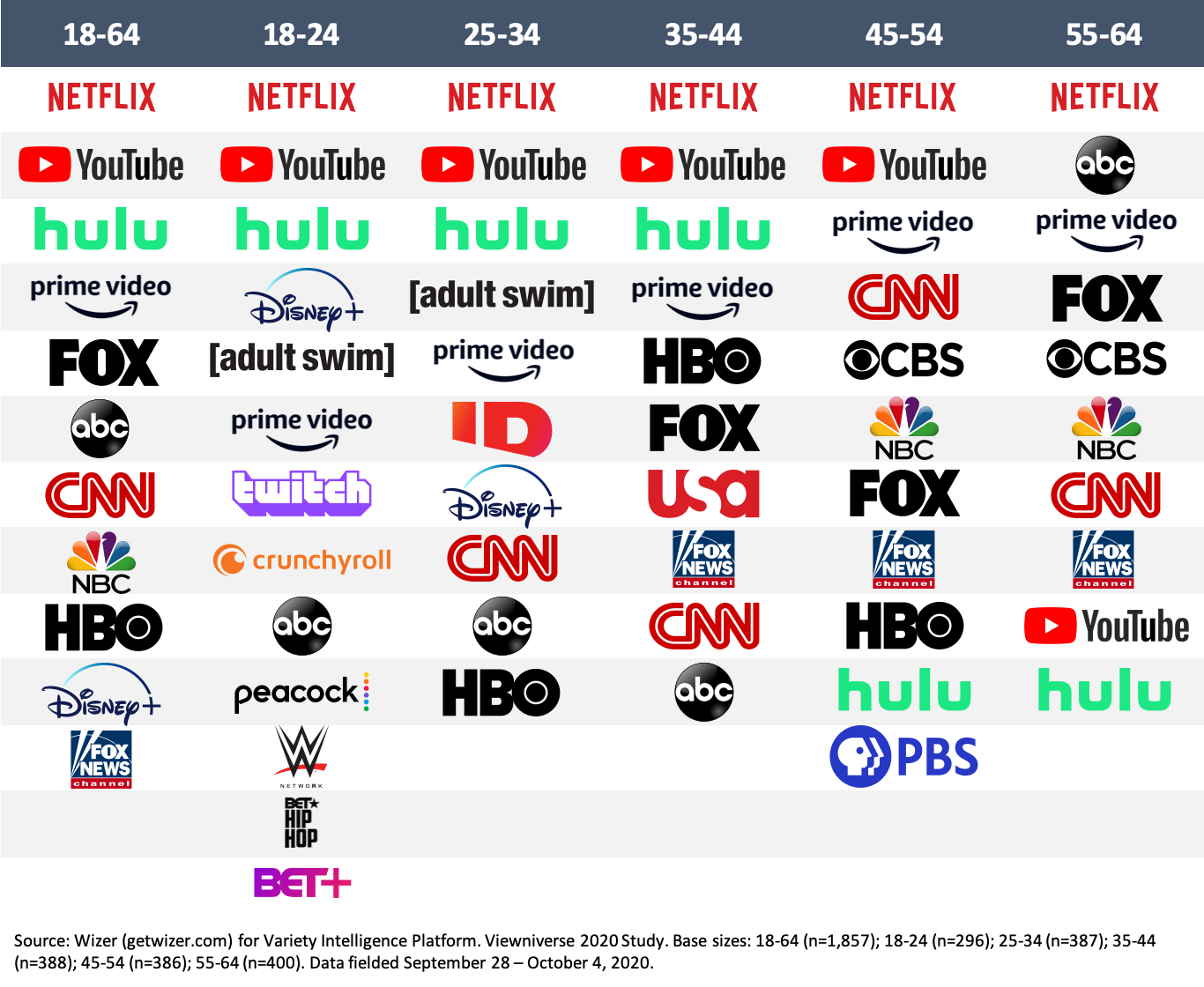 Streaming’s control of the consumer mindset is even greater, with Netflix the most important across all age groups, followed by YouTube, Hulu and Prime Video on an overall basis.

There are several other notable findings:

With it clear that U.S. video consumers are increasingly rating streaming services ahead of traditional TV, VIP conducted an analysis to see which brands were more likely to be rated most important versus being represented in the overall top 10 consumer-selected bundles.

The results of this show that Netflix is the service most likely to see a greater share of being the most important video brand, as demonstrated by its distance from the trend line in the chart. Other brands with a stronger level of importance relative to their bundle selections include CNN, Fox News Channel, TLC, diginet MeTV and WWE Network.

The quantification of streaming’s dominance in consumer minds as the most important video services shows that traditional media, despite belatedly migrating to streaming services of their own, still has a lot of catching up to do.

This is a longitudinal battle, with attitudes set over time, so the impact of digitalization will be measured over years. What is imperative is, for broadcast networks in particular, is reaching younger viewers on their terms, before these brands are dismissed forever as old-fashioned.