How to Watch the Tokyo 2021 Olympic Games 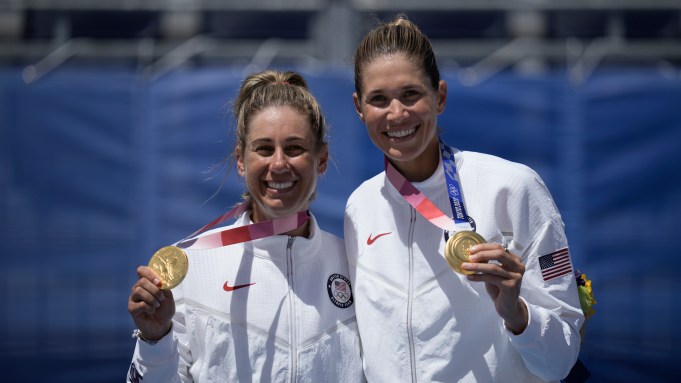 There’s only a few days left of the  Tokyo 2021 Olympic Games, following an action -packed two weeks that brought unexpected twists and turns for some of the Games’ top star athletes.

Despite some setbacks, Team USA has gotten their stride back this week. After withdrawing from most of her Olympics gymnastics events due to mental health issues, Biles returned to the balance beam for the final event, earning Team USA a bronze medal. In one of the most exciting moments this week, Allyson Felix won the bronze in the 400-meter race (the 10th Olympian medal of her career), with what could make her the most decorated athlete in women’s track-and-field history. Other big wins came from wrestler Gabe Stevenson, who won gold, and star duo Alix Klineman and April Ross who capped their Olympic run with a gold in beach volleyball.

Final games are yet to come for women’s and men’s basketball, track and field, diving, water polo and golf, meaning there’s plenty of more action to come. And thanks to live streaming you don’t have to miss a match. In addition to NBC’s live broadcast, viewers can watch additional commentary and analysis on NBCOlympics.com and the NBC Sports App. If you don’t have cable you can easily stream the games through NBCUniversal’s streaming service Peacock or through a variety of streamers that offer NBC, including Sling TV, FuboTV, Youtube TV and more. Here are the best ways to access NBC to watch the Olympic Opening Ceremony and Games this summer.

Sling TV is normally $35 a month but offers its wide range of cable networks for only $10 for the first month (plus a free DVR) if you wanted to sneak in a subscription in time for the Olympics. It offers more than 30 popular cable channels and  80,000 movies and TV shows on-demand. Their Sling Blue package, which offers access to ESPN, NBC, the NFL Network and more, is the best option for sports lovers.

Stream Now $10 for the First Month Buy It

FuboTV is a pricier option but you get what you pay for. Its Starter subscription service offers 120 channels, including NBC, a Cloud DVR so you never have to miss anything and a Family Share option that allows you to watch content on three different screens throughout the house. It’s a great option for sports fans with its wide range of live and on-demand options from NASCAR, PGA Tour, the NFL, MLB and dozens of other league channels.

Youtube TV is currently offering a limited-time offer to try out its streaming subscription service for $54.99 a month (instead of $65 a month) for your first three months. It comes with live access to more than 85 channels, across entertainment, news and sports. You can also record without storage limits and add up to six different accounts.

Peacock, NBCUniversal’s streaming service, is the best bang for your buck if all you’re looking for is live coverage of the Olympic games. Its free tier includes access to NBC’s live broadcast, but you’ll most likely have to sign for their Premium service (still only $4.99 a month) to get access to any additional play-backs, commentary or analysis.

AT&T TV offers a wide range of premium packages but their most basic entertainment subscription at $64.99 is all you need to get to NBC, in addition to more than 65 other channels such as ESPN, TNT, Nickelodean and HGTV. Their Live TV access has more than 40,000 titles and 20 hours of DVR storage. Upgrade to their Choice Package and get access to HBO Max for $15 more every month.

Come for their expansive list of shows and movies hiding behind their paywall, but stay for commercial-less streaming. Hulu Plus offers Live and On Demand TV from more than 75 channels. In addition to streaming the Olympic games in real-time, you can also record them to watch at a later date with Plus’s 50 hours of DVR storage. The added price of Plus also gives you access to all of the streamer’s original series and movies.