Variety selects the film, TV, music and video game tie-in items worthy of the pop culture fan in your life this holiday season. In this ultimate gift guide for pop culture we will cover the must have “Mandalorian” toys, “Wonder Woman 1984” brand new merchandise, Emily’s essentials for living in Paris and so much more.

Consider this your holiday cheat sheet for what was interesting in 2020, and how to buy for that person who always knows what to watch, play or listen to next.

‘Parasite: A Graphic Novel in Storyboards’ 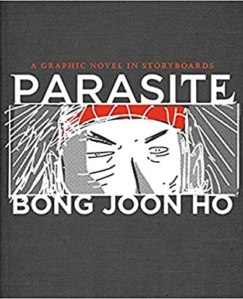 Relive the one truly wonderful moment in 2020, Bong Joon Ho’s sweep with “Parasite” at the Oscars with this gorgeous look at the making of the film. Told through the actual storyboards created by the director himself, dotted with film dialogue and script cues this is a rare behind-the-scenes look at the making of this award-winning film. The book also includes a forward penned by Bong. Full list of coffee table books perfect for film and TV buffs here.

Parasite: A Graphic Novel in Storyboards $21.49 Buy It 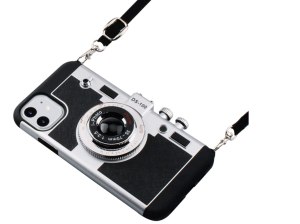 The American expat who started a Twitter feud with a deep dish pizza restaurant will be back to take croissants selfies for a second season on Netflix. Until the second season of “Emily in Paris” debuts you can relive her accent up the social media ladder with the phone case Emily preferred. It’s just like a real camera for those who don’t know how to use one!

‘The Queen’s Gambit’ A Chess Set

The popularity of the chess champion series “The Queen’s Gambit” has been so strong there’s been an actual shortage of chess sets in America. It’s never been a better time to awaken your chess master spirit or brush off your long sleeping skills. This 15-inch wooden chess set includes a felted game board and protective storage for it’s wooden pieces. And if you’re looking for a bonus add-on, throw in the Master Class tutorial with world chess champion Garry Kasparov and a dark green, mock turtleneck (for kicks). 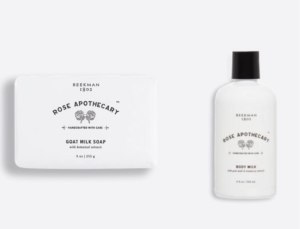 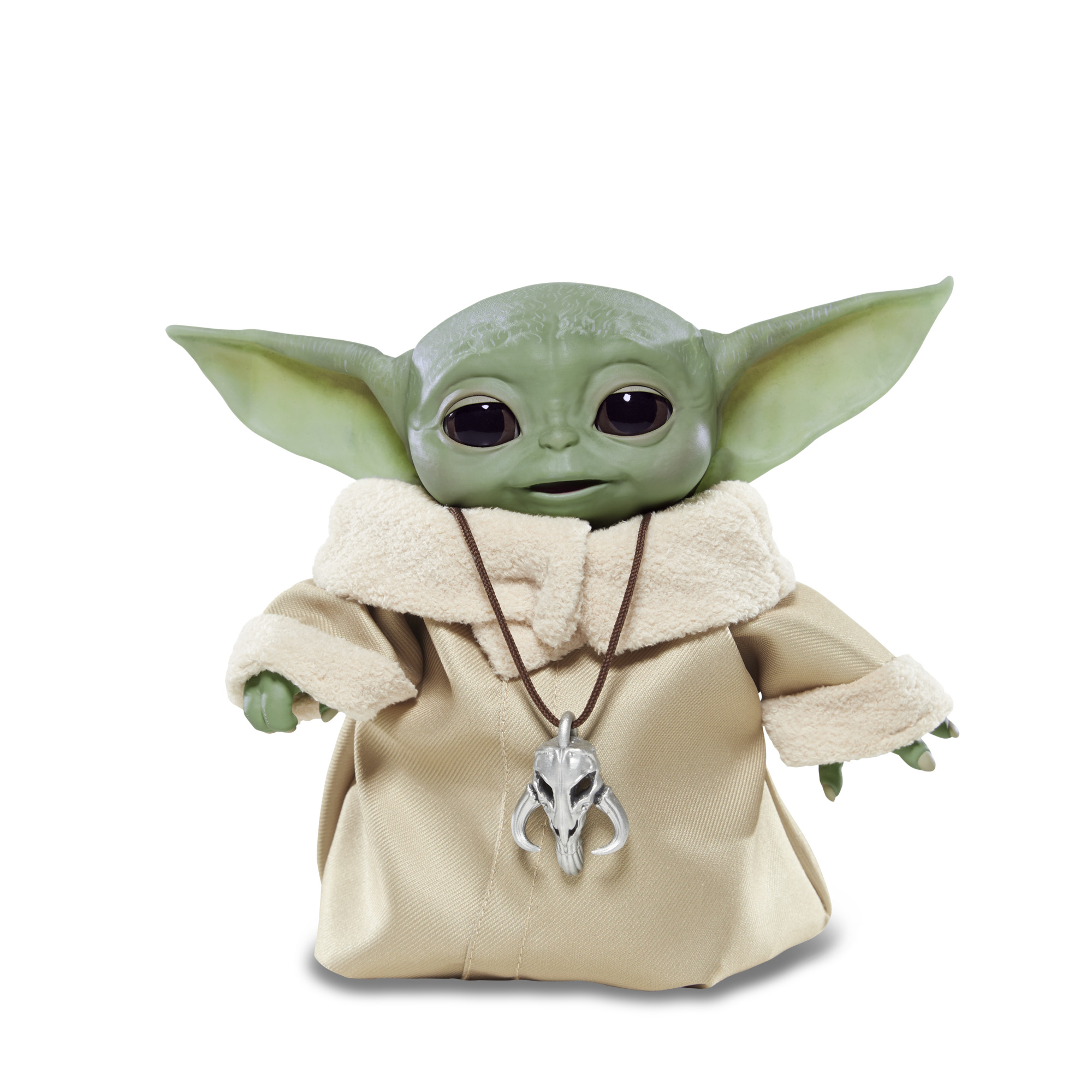 “The Mandalorian” may have taken the world by storm with its series launch last year, but the power of the Child has yet to cease. With the second season premiering on Disney Plus earlier this month, so too comes a whole new slew of merchandise perfect for any “Star Wars” universe fan. Two of the most notable pieces are the animatronic Child toy from Hasbro (pictured above), which is activated by a mere touch on top of its head and comes programed with 25 sound and motion combinations, from giggles and babbles to blinks and ear movements, and the 1,000-plus Lego piece Child statue, which stands just over 7.5-inches tall and features posable elements from the mouth to the ears, as well as a gearshift knob and special Child Lego minifig. For more “Star Wars” holiday ideas check out our ultimate gift guide here. 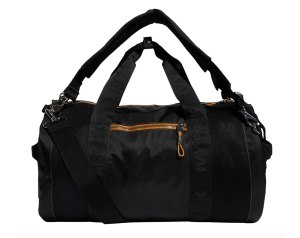 Between “Black Is King” and another Adidas collaboration from her Ivy Park line, Beyonce’s efforts to keep spirits raised through the trying year of 2020 has been truly inspiring. The 2020 athleisure drop brought in lovely shades of green, jackets with built in masks and so much more. While many items have already sold out, there’s still pockets of fashionable Ivy Park products for members of the hive including this keen duffle which is both sleek and versatile as it converts into a backpack with ease. 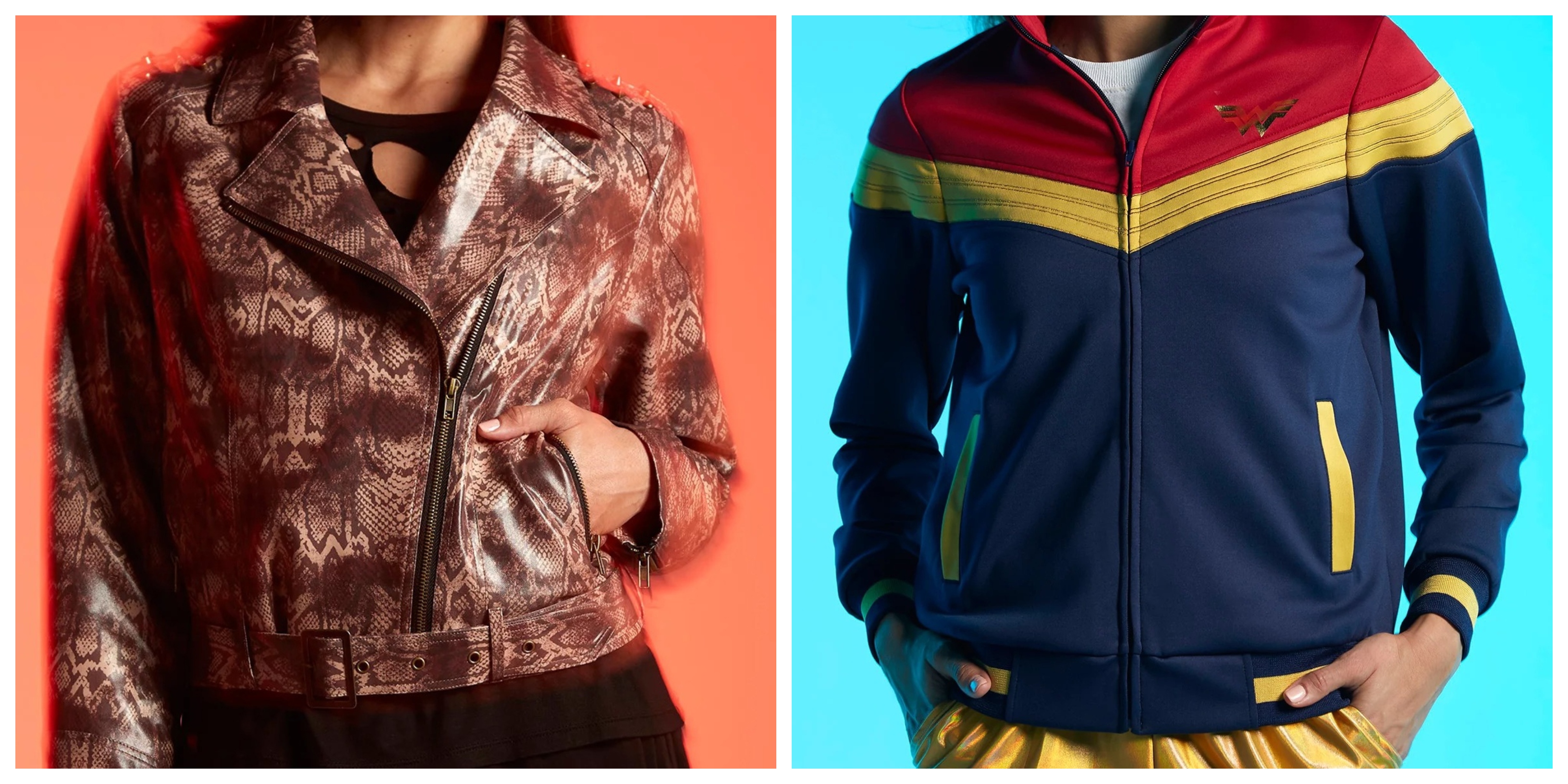 In celebration of the upcoming “Wonder Woman 1984,” in theaters just in time for the winter holidays, Warner Bros. Consumer Products has partnered with retailers on outerwear that matches any mood. These jackets range from subtle and sporty tie-ins (a washed denim jacket with a cheetah-print lining from Reebok, for example), to a sleek faux leather cropped moto jacket from Her Universe, to more direct but modern replicas of the superhero’s costume itself in track jacket or kimono form (also from Her Universe). 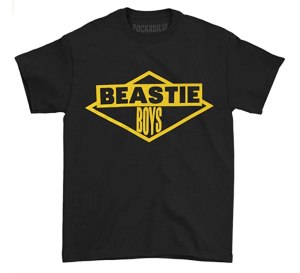 The tragically cancelled-too-soon Hulu series starring Zoë Kravitz will live forever in our hearts and minds, and on our playlists as one of the greatest soundtracks from 2019. The gender-swapped reboot also revived and updated fiery conversations around music and ushered in a whole crop of new band shirts to covet. This throwback Beastie Boys number was a particularly strong addition to new Rob’s collection. 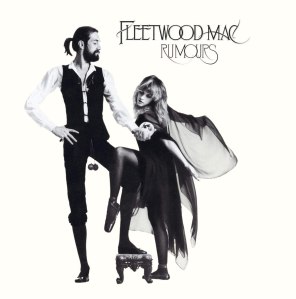 Forty plus years after the debut of their album Fleetwood Mac’s “Rumours” was back on the charts all thanks to TikTok. The single “Dreams” was revived after Idaho resident Nathan Apodaca filmed himself longboarding down the street while sipping on Cran-Raspberry Juice and lip-synching to Stevie Nicks’ lead vocal on “Dreams.” The post was a viral sensation and lead to the universal rediscovery of the banger that is the “Rumours” album. So what better way to celebrate than to add this vinyl classic to your burgeoning record collection. 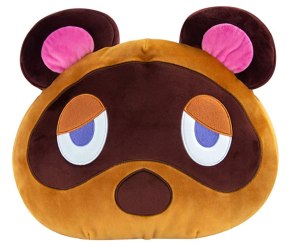 You can sleep on this adorable plush, but Tom Nook would like to remind you not to sleep on your debts, since you still owe him a couple million bells. This 15 inch mega plush from Club Mocchi Mocchi will is a perfect gift for all the “Animal Crossing” obsessed. 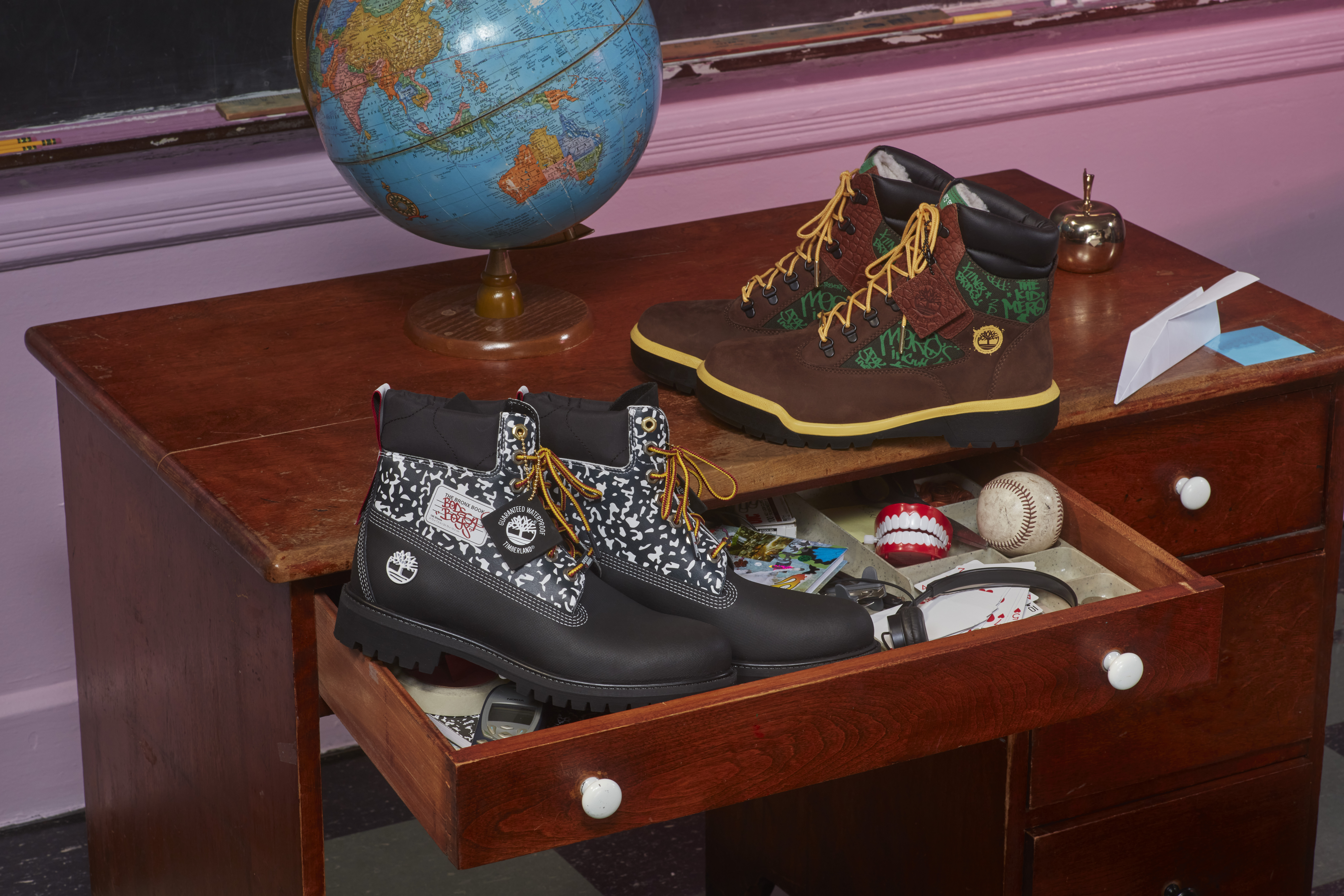 New York icons Desus Nice and the Kid Mero have teamed up with the equally seminal footwear company Timberland for two special boot collaborations. Desus’ is the 6-inch Premium Waterproof Boot, which features black leather, white stitching, the original tan laces, a salt-and-pepper upper, gray and red pull tabs and a composition notebook-style label signed by both him and Mero. Meanwhile Mero’s is the 6-inch Waterproof Field Boot, which is a brown nubuck boot with the traditional outsole, bold yellow midsole, padde collar, rustproof hardware, Mero’s moniker “East Tremont Stevie B” on the tongue, graffiti art on the quarter panel and a summer squash logo. Both shoes come with Primaloft insulation for added warmth and comfort for the New York (and beyond) winter, making them both fashionable and highly functional.

‘Deal or No Deal’ Card Game 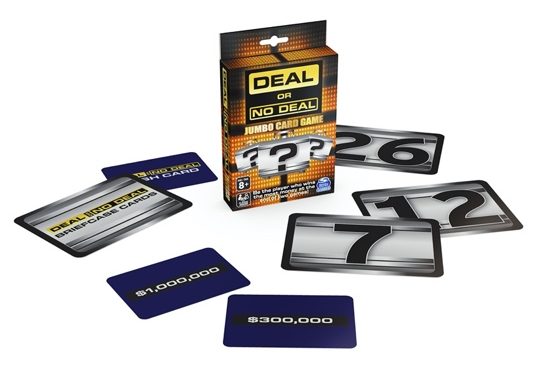 The NBC game show in which contestants can win thousands of dollars through a series of increasing risks is now in card game format for a family to play along at home thanks to a partnership between Spin Master Games and Endemol Shine North America, and that one certainly won’t break the bank. Whether you play the “jumbo” version or a smaller one the thrills will always be there through a process of elimination game that sees players trying to have their last remaining briefcase be the one that contains the highest amount of money.

For anyone with a ton of time on their hands and a lot of free tabletop space, “Harry Potter’s” Diagon Alley come to life through Legos is a must-have item. Featuring more than 5,500 pieces, the set consists of four major buildings, each with extremely colorful and detail-oriented pieces of the popular book and film franchise, including Ollivanders Wand Shop Get, Weasley’s Wizard Wheezes and Florean Fortescue’s Ice Cream Parlor. This one is so intricate, it is recommended for builders ages 16 and up (although younger ones can certainly still have fun with it, too). If something a little less intrusive is more up YOUR alley, though, there is always the 4 Privet Drive set; at less than 800 pieces, the fun is still in the details, including Hedwig, Dobby, the Weasley’s flying car and an interactive mail slot. 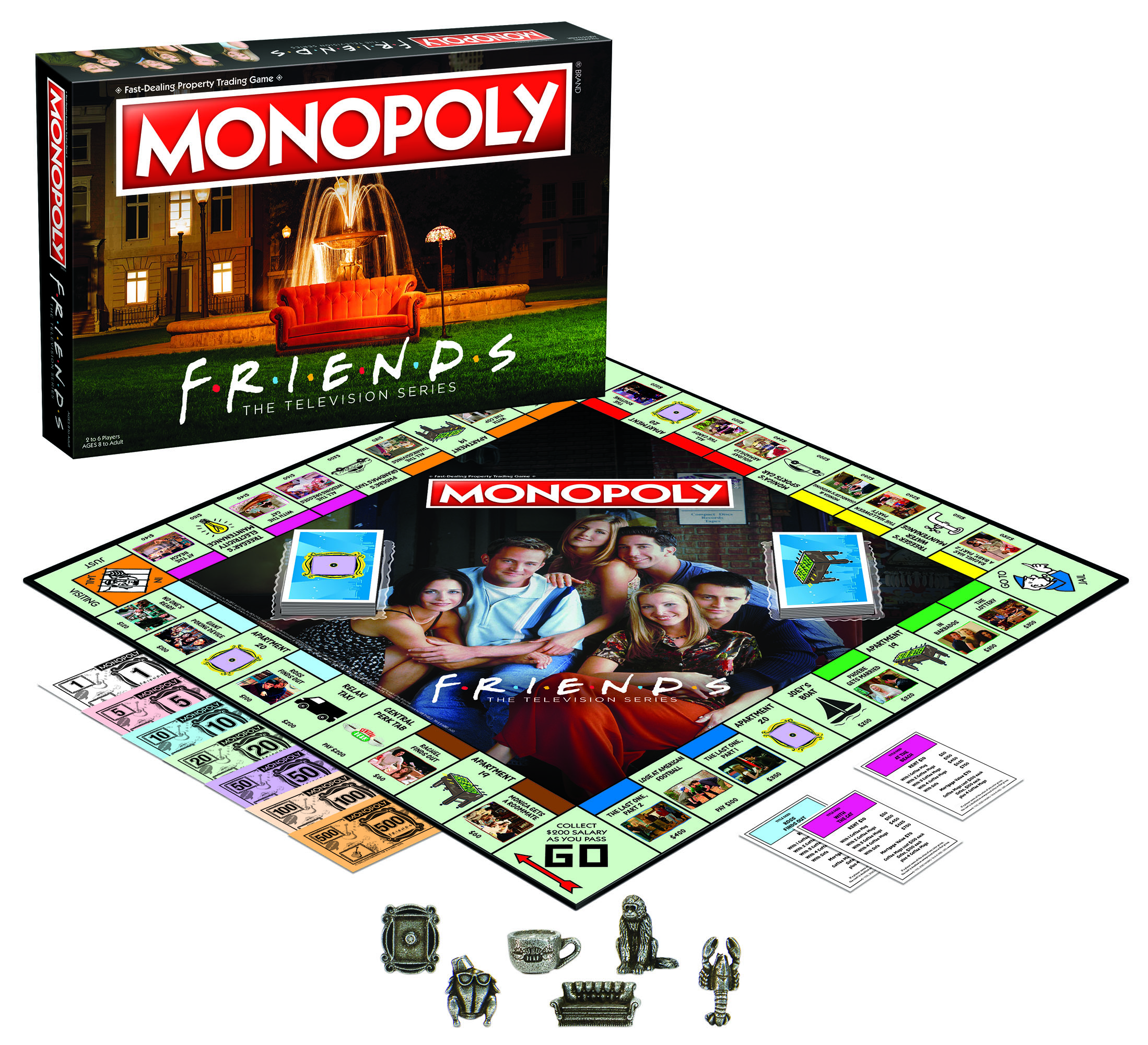 With every passing year the number of versions of the classic Hasbro game of Monopoly seems to grow exponentially, making there one for every pop culture fan in the family. Highlights from this year’s new crop include “Friends” Monopoly (pictured), Disney Villains Monopoly and “Elf” Monopoly. Each set comes with unique properties on the board and individual game pieces to match the iconic images, locations and characters, but the overall rules of the game remain the same so they’re easy for anyone ages 8 and up to pick up and swap interchangeably as the mood strikes. 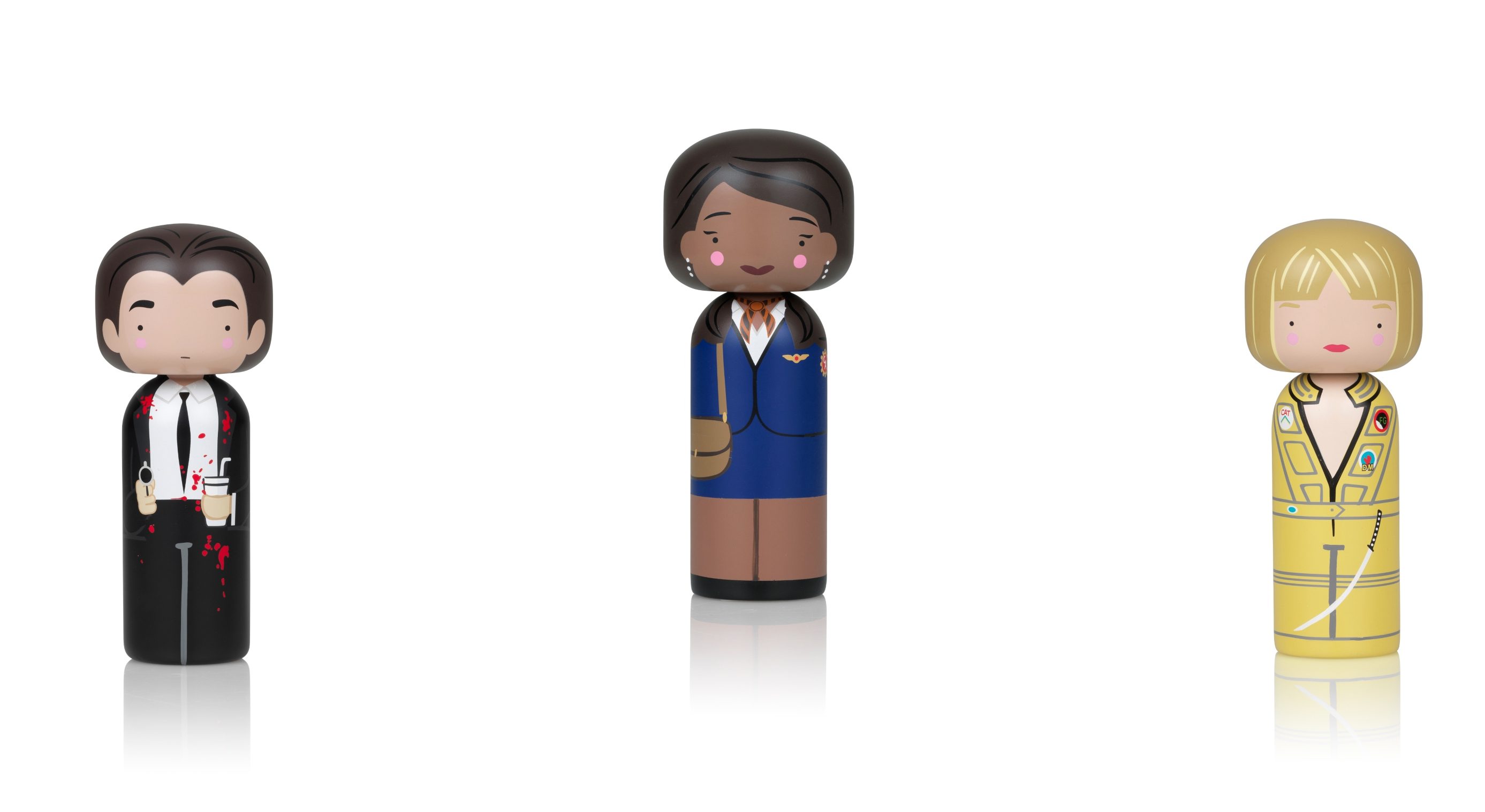 As a filmmaker, Tarantino is known for big, bold and often bloody stories, but this decorative Kokeshi doll collection from Sketch.inch for Lucie Haas manages to make some of his most calculating and iconic characters adorably cute. The wooden dolls are painted to look like everyone from “Pulp Fiction’s” Vincent Vega to “Kill Bill’s” The Bride to Jackie Brown herself and would fit perfectly on shelves or desks in the home or office. Each doll is $50 and can be purchased at Neiman Marcus.

‘Portraits From the Woods’ by Norman Reedus

Reedus, an actor on “The Walking Dead” has combined his day job and his passion for photography into one stunning new coffee table book of more than 140 pages of glossy images. Inside you will find everything from behind-the-scenes moments from the set, up-close-and-personal portraits of small-screen zombies and snapshots of those in Reedus’ life, from cast mate Jeffrey Dean Morgan to partner Diane Kruger. The book is available exclusively on Reedus’ website bigbaldgallery.com and proceeds from sales are being donated to the COVID-19 Response Fund.

'Portraits From The Woods' $75 Buy It 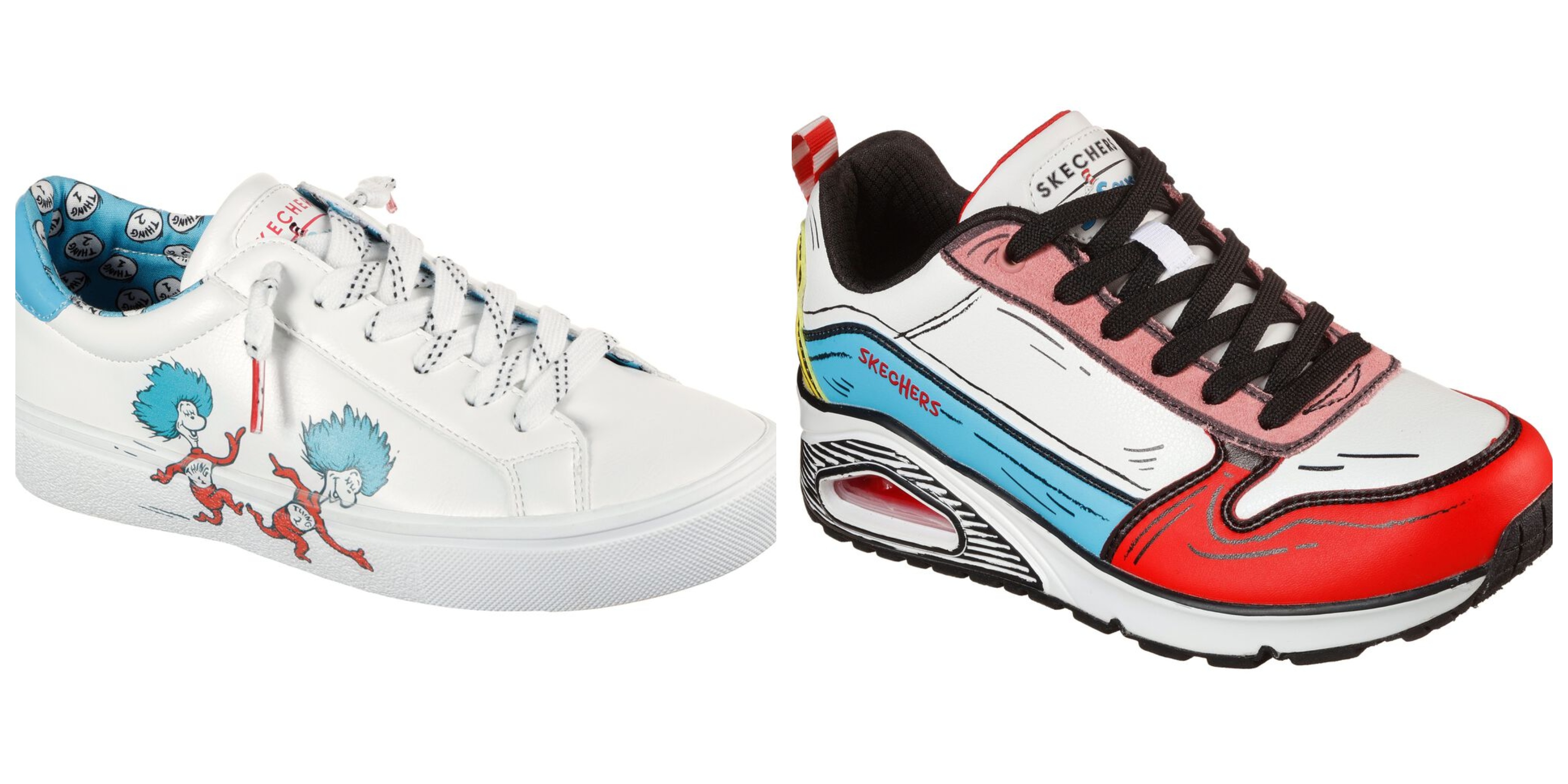 Step out in style with a pair of sneakers or slip ons in the vein of the classic kids’ book characters. There’s something for the current kids in the family, as well as the adults. For the former, characters such as Thing 1 and Thing 2 are screen-printed on soft fabric, while for the latter the design is more abstract, relying on the colors to invoke the warm feeling of the stories but with much-needed support accents such as memory foam. 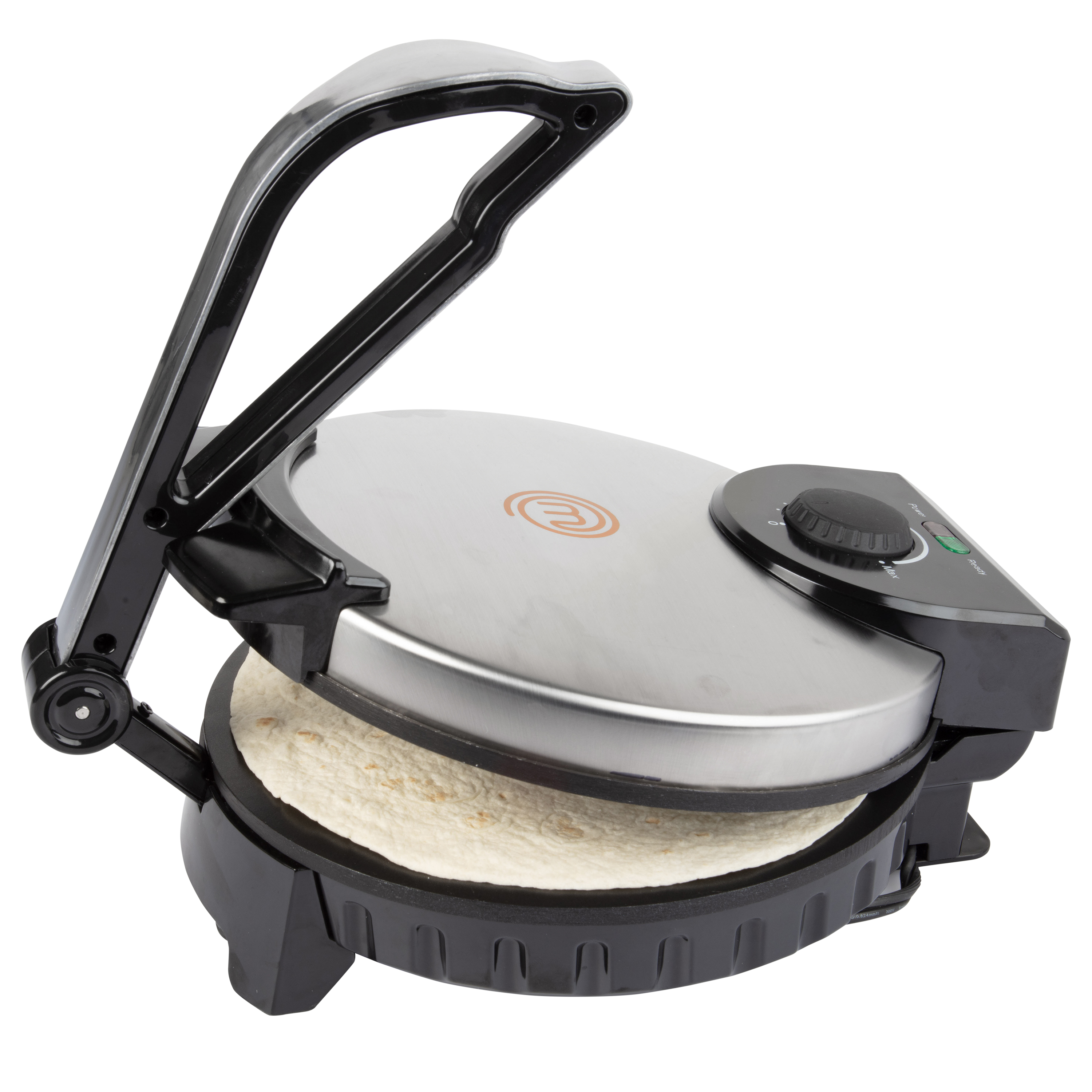 Perfecting the perfect sourdough loaf was so early 2020. For anyone looking to acquire new cooking and baking skills while still quarantining (or just for a special meal), the “MasterChef” branded electric tortilla and flatbread maker will be the tool you need. The devise makes 10-inch flatbreads in just minutes, featuring a non-stick coating and cord wrap so cleanup and storage only takes minutes as well. 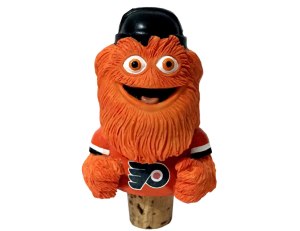 It is undeniable that the Philadelphia Flyers mascot Gritty played a pivotal part in 2020. However you want to interpret their role, is up to you. But as you toast the new year, think of Gritty with this nifty bottle stopper.