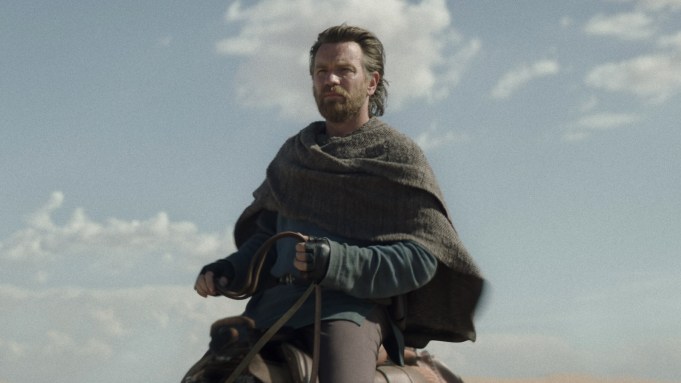 Obi-Wan returns for one more showdown with Anakin Skywalker in the new “Star Wars” series that hits Disney+ this Friday.

In “Obi-Wan Kenobi,” Ewan McGregor reprises his role as the titular Jedi Knight, alongside Hayden Christensen, who returns to his legendary role as Anakin Skywalker/Darth Vader. The new, six-episode series, which also stars Moses Ingram and Rupert Friend, premieres Friday at 12 a.m. PT.

The limited series will stream on Disney+ exclusively, so you’ll have to sign up for a subscription in order to catch all of the episodes as they debut. A regular subscription, for $7.99/month, will allow access to the entire season, in addition to Disney’s entire vault of original series and films — this includes every “Star Wars” movie and show ever made, such as “The Mandalorian” and “The Book of Boba Fett.”

However, the Disney Bundle is the best deal for those looking for a more comprehensive package. For $13.99/month, you also get access to Hulu and ESPN+. Through the deal, you’ll also be able to stream live sports and tap into Hulu’s vast library of shows and movies.

The show, helmed by Deborah Chow, who directed two episodes of “The Mandalorian,” marks the first time that McGregor and Christensen will reprise their roles since 2005’s “Revenge of the Sith.” Set in between the events of the prequel trilogy and the original “Star Wars” trilogy, the show begins with Kenobi hiding in Tatooine to watch over a young Luke Skywalker. But chaos ensues when Vader recruits a group of dark side Inquisitors to hunt down the last surviving Jedis.