How to Watch the 2023 Golden Globes Online 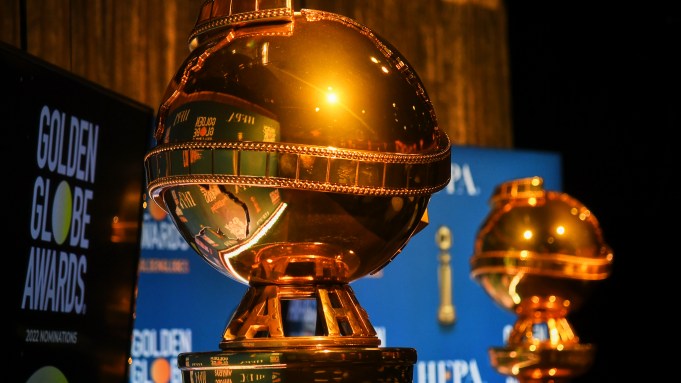 The Golden Globes are making their anticipated return to the airwaves after taking last year off from a televised ceremony. The show will move from its usual Sunday night spot to Tuesday, broadcasting live on NBC and Peacock on Jan. 10 at 8 p.m. ET/5 p.m PT. Jerrod Carmichael will host, and special honors will be presented to Eddie Murphy and Ryan Murphy. But before the ceremony starts, Variety will be hosting the official digital pre-show live right here (watch above).

The event, which is celebrating its 80th anniversary this year at the Beverly Hilton ceremony, is widely considered a precursor to the Academy Awards in March. Eyes will be on buzzy nominated films such as “Top Gun: Maverick,” “Avatar: The Way of Water,” “Tár,” “Everything Everywhere All at Once,” “The Banshees of Inisherin,” “Glass Onion: A Knives Out Mystery,” “Women Talking” and “Elvis.”

On the TV side, beloved HBO series “The White Lotus” and “House of the Dragon” are up for awards in the comedy and drama categories, respectively. Meanwhile, the list of limited series nominees are filled with actors portraying real people, such as Colin Firth in “The Staircase,” Evan Peters in “Dahmer – Monster: The Jeffrey Dahmer Story” and Sebastian Stan and Lily James in “Pam & Tommy.”

So, how can you watch the 2023 Golden Globes? This year’s ceremony will broadcast live on NBC, but cable-cutters can also stream the show live on Peacock. You can sign up for a Peacock account for only $4.99/month. Other options include live TV streaming platforms such as DirecTV Stream, Fubo TV, Sling TV and Hulu + Live TV.

Stream the 2023 Golden Globes below: