Craving Sci-Fi and Fantasy After ‘The Matrix Resurrections’? These 10 Epic Novels Should Do the Trick

The most remarkable fantasy and sci-fi novels have an uncanny ability to be a means of escapism, while at the same time presciently pointing to the hard truths of our real world. “The Matrix,” whose much-anticipated fourth installment came out this week, is one of the most epic examples of a fantastical world that has had a lasting impact on culture and politics since the original film came out in 1999. The red-pill, blue-pill dichotomy remains a symbol of two ubiquitous philosophies on life.

If you watched the Keanu Reeves-starring “Resurrections” and are craving more enthralling visions of other realities to dig into throughout the holidays, these 10 critically-lauded sci-fi and fantasy novels are sure to do the trick.

The Sparrow by Mary Doria Russell

Russell’s first novel flips between 2016 and 2060 as the enigmatic character at the center of the story, the Jesuit linguist Father Emilio Sandoz, finds himself the sole survivor of a Jesuit expedition to the planet Rakhat. Suspense builds when his return to Earth is met with disappointed brothers who believe him to be a disgrace to his faith. Aside from the thrilling plot, what makes “The Sparrow” so compelling is Rusell’s own history as a paleoanthropologist which allows her to pack in impressive detail such as her descriptions of Runa and Jana’ata, the two races found on the alien planet.

The Long Way to a Small, Angry Planet (Wayfarer Series) by Becky Chambers

The first novel of the award-winning Wayfarer series, “The Long Way to a Small Angry Planet” finds Rosemary Harper on an exciting journey through space alongside the motley crew of The Wayfarer, an exciting opportunity for the introspective protagonist to get some distance from her past and embark on a new adventure. But things take an ugly turn when she — alongside the exotic pilot Sissix, gregarious engineers Kizzy and Jenks and their noble captain Ashby– are confronted with chaotic mishaps as they make their way through the intergalactic wormhole. But throughout their thrilling adventures, what keeps readers around for Chambers’ entire six-book series is the mutually dependent and loving relationship the endearing crew grow to have with each other throughout their tribulations.

Translated from Russian, this brilliant dark fantasy has become a modern classic of its genre and garnered international acclaim for its genius amalgamation of psychological suspense, enchantment and horror. At the center of the story is Sasha Samokhina, who has been chosen to enroll in the Institute of Special Technologies. What follows is an enthralling mystery as Sasha, alongside the reader, is forced to figure out why exactly why she finds the students and curriculum so bizarre, the twisted punishments the school comes up with to keep students in line and why she finds herself fulfilled, and not turned away, by the outlandish situation in which she finds herself.

Shades of Grey by Jasper Fforde

This fantasy novel somehow succeeds in being both dystopian and comical, set in a world named Chromatica in which the social hierarchy is strictly regulated by one’s limited color perception. Eddie Russet is just one of many looking to leverage his power (in his case, utilizing his above-average “red perception” to marry into a wealthy family) in order to move up in the world. On his mission, he juggles rules, confronts sneaky Yellows and begins a revelatory friendship with a heretic and enlightened Grey named Jane who teaches Eddie the illusion the world in which they live. 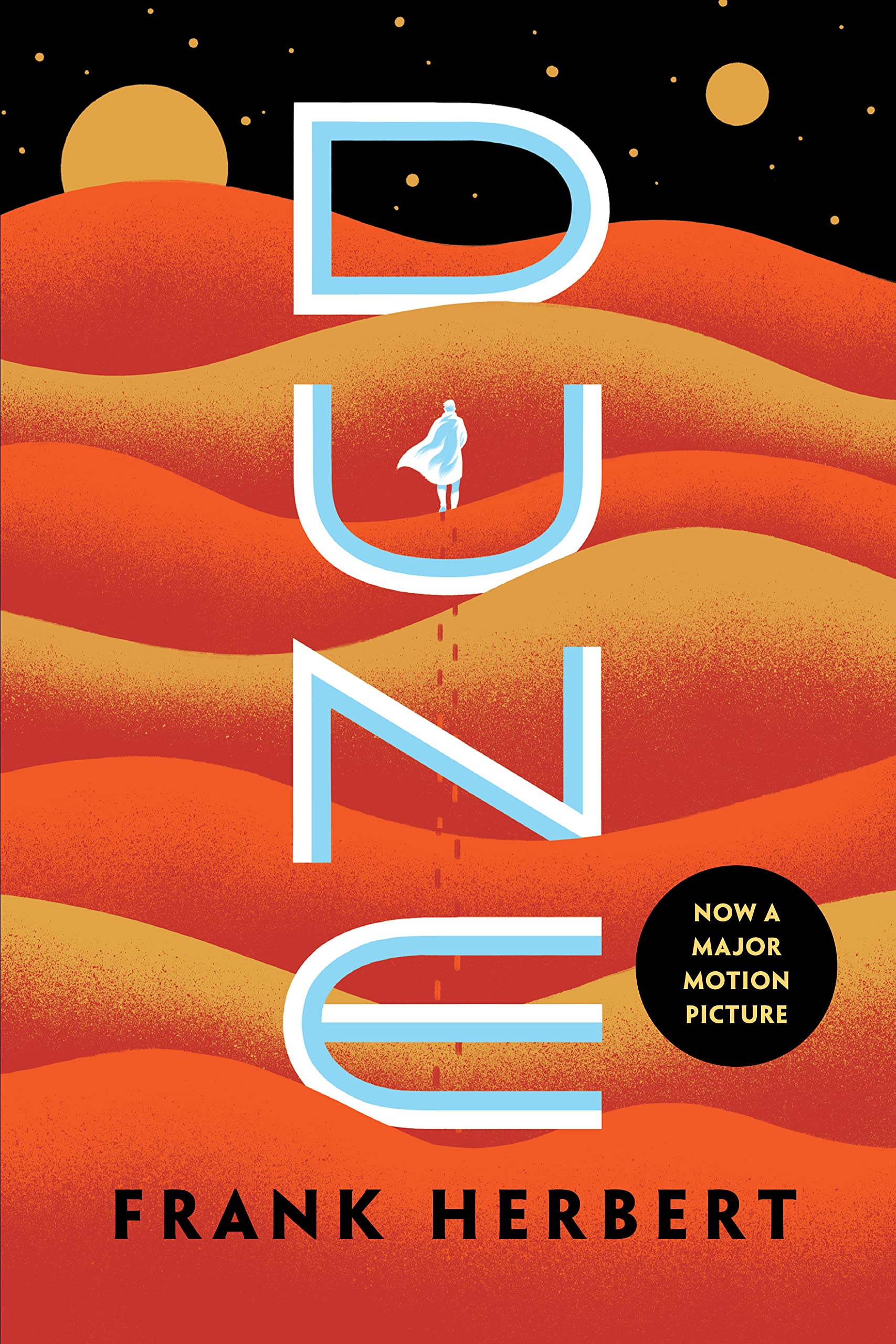 Frank Herbert’s iconic six-book series sees the protagonist Paul Atreides — played by Timothee Chalamet in Denis Villeneuve’s film adaptation this year — lead nomadic tribes on a distant planet Arrakis as he takes over his family’s empire. This inhospitable world only houses one thing of value, a spice called “melange” that is really a drug capable of extending life and enhancing consciousness. When House Atreides is betrayed, taking Paul’s entire family with it, the young boy sets out on a divine mission that sees him evolve into the mysterious man Muad’Dib whose life is chronicled throughout the entire quartet of books. Here, look through more books that were (and will be) made into films and TV shows this year.

If you read fantasy not for the sole purpose of escapism, then Neal Stephenson is your guy. “Snow Crash” is especially prescient as it deals with the horrors caused by the Information Age –it’s in these pages that Stephenson first coined the phrase “Metaverse”). More specifically, the thriller follows a pizza deliveryman named Hiro who doubles as a Warrior Prince in the Metaverse. The action comes when a new computer virus threatens to bring about an infocalypse, plunging Hiro on a mission to find the virtual villain who’s responsible.

Oryx and Crake by Margaret Atwood

This Atwood bestseller is both an addicting love story and spellbinding glimpse into the future. Jimmy becomes Snowman after a plague threatens to wipe out mankind, leading him to struggle with the possibility that he might be the last human standing. At the same time, he’s mourning the loss of his friend Crake and their mutual friend Oryx who they both loved. With all other options exhausted, Jimmy embarks on a journey with Crake’s children through the lush wilderness that overtook a once-thriving city in order to search for answers and save their future.

The Goblin Emperor by Katherine Addison

Addison’s debut novel mixes magical realism with imperial opulence as the youngest half-Goblin son of this world’s Emperor is forced to take over as heir after his family dies in a tragic accident. Having lived his entire life in exile, trying his hardest to distance himself from the deadly intrigue that the court entails, he finds himself in depths unknown as he tries to school himself in the art of politics and strategy. Throughout his journey, a group of sycophants are eager to curry his favor, while a swirl of plots and conspirators surround him in an attempt to depose him.

Sixteen Ways to Defend a Walled City by K.J Parker

Parker’s acerbic wit and wise understanding of human nature is what makes this epic saga so remarkable. The pages tell the story of a city threatened by an imminent siege, its people without food or weapons to defend themselves. What they do have is Orhan, a freethinking engineer who sets out to use his knowledge of bridge-building, and natural knack for cheating and lying, to save them all.

Gideon the Ninth by Tamsyn Muir

Sword play. Cut-throat politics. Lesbian necromancers. “Gideon the Ninth,” the first of The Locked Tomb trilogy, has it all. The heart-pounding fantasy centers on Gideon, who decides to abandon a life of servitude in the afterlife to become a reanimated corpse. Just as she’s preparing to launch her escape, however, her childhood nemesis steps in the way. What ensues is a deadly trial of wits and skill, put together by the Emperor looking over each of their respective Houses, and which will determine Gideon’s own fate.