The Best Coffee Table Books for Movie and TV Lovers

Cinephiles know that movie magic is real. What other medium can transport us to different worlds, bring characters to life and wow us with special effects? From galactic adventures to emotional biopics to going back in time, movies show us things that are only possible on the silver screen. They allow our imaginations to run wild and are an exhilarating escape from the every day.

From Spike Lee’s best-selling “Spike,” which brings the director’s most famous scenes and behind-the-scenes creative process to the page, to Dan and Eugene Levy’s loving photo-filled tribute to “Schitt’s Creek,” check out the best coffee table books for movie and TV lovers.

Lee’s  360-page photo book spans the prolific director’s life and career to date, packed with behind-the-scenes images from his most impactful films, never-before-seen photographs by Lee’s brother David Lee and insider images that immerse the reader into the director’s creative process and cultural impact. All of the inspiring imagery and visual storytelling is packed inside a gorgeous fuschia cover, overlaid with a unique typographic design inspired by the LOVE/HATE brass rings in”Do The Right Thing” that any Spike Lee fan will recognize and appreciate.

Already a #1 bestseller on Amazon, Dan and Eugene Levy’s forthcoming book “Best Wishes, Warmest Regards,” out Oct. 26, chronicles the the life of the beloved sitcom. At 350 pages, the collector’s item is broken into season-specific and themed sections, including personal essays from cast members, Q&A’s and behind-the-scenes set photos.

The Art and Soul of Dune

The “Dune” companion book, which releases the same day as the blockbuster film, is perfect for fans of Frank Herbert’s epic sci-fi novels. Written by “Dune” executive producer Tanya Lapointe, with a forward by Denis Villeneuve, the 240-page book offers unparalleled insight into the making of the film. The pages include exclusive interviews with stars such as Timothee Chalamet, Zendaya, Rebecca Ferguson and Oscar Isaac, in addition to details about the film’s costume design, sets and editing process.

Once Upon a Time in Hollywood

Covering everything from the silent years to the rise of modern film in the 1960s, it includes rare and previously unpublished interviews with some of the biggest stars, including Mickey Rooney, Kirk Douglas, Jane Fonda, Julie Andrews and an excerpt from Richard Burton’s final interview. It examines the studio system, Hollywood stars plucked from obscurity and every side of old glamour. There are rare archival photographs from on set and behind the scenes, ranging from musicals to Westerns.

Once Upon a Time in Hollywood Buy It

The peak coffee table book for any true cinephile, The Criterion Collection’s official design book is a showcase of some of the most influential films in history, from avante-garde experiments to big-budget blockbusters. In addition to a complete gallery of every Criterion cover since the collection’s first laserdisc in 1984, the 300-page book features supplemental art, never-before-seen sketches and concept art. 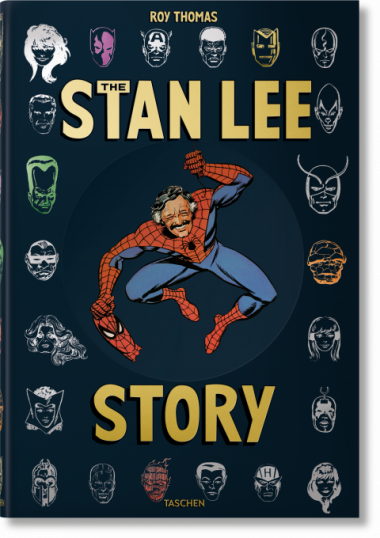 A celebration of the story of Stan Lee. This gorgeous and lengthy look chronicles the history of man who helped launch Marvel and so many treasured Marvel characters. A must have for serious comic book fans, and a lovely addition to the coffee table that add just the right of geek chic to your book collection.

The MCU has only grown bigger in the past year, making it the perfect time to give Marvel fans this comprehensive look into the inimitable franchise. The 2018 book, released in tandem with “Infinity War,” celebrates the characters and concepts that converged in the iconic film.

The Road to Marvel's Avengers: Infinity War Buy It

This Was Hollywood: Forgotten Stars and Stories 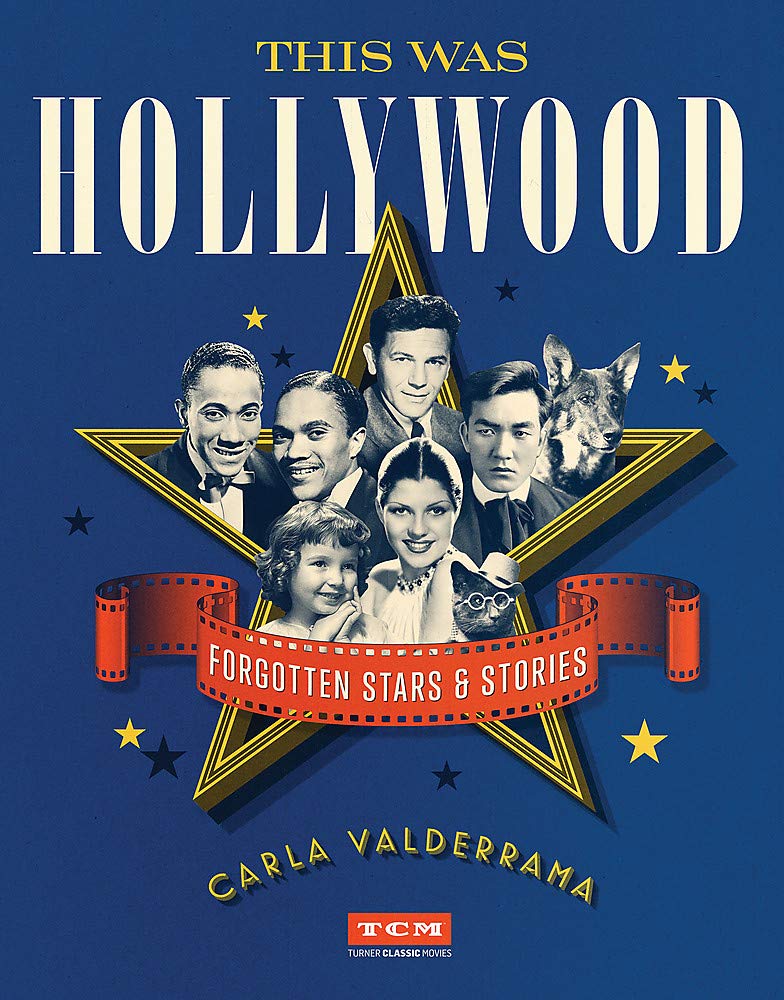 Authored by the woman behind the popular @ThisWasHollywood Instagram account, this in-depth look into the real world of classic Hollywood is backed by Turner Classic Movies. Come for the history lessons, fascinating backstories, historical ads and images stay for Puzzums, “the cat who conquered Hollywood.”

The Art of the Hollywood Backdrop 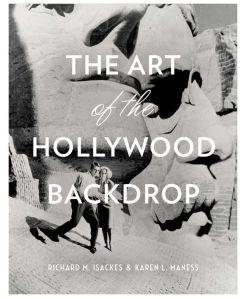 A gorgeous exploration at the elaborate backdrops from your Hollywood favorites. Each painted backdrop a masterpiece onto its own, this is the definitive collection of the most astounding cinema landscapes. Including notes on “The Wizard of Oz” “The Sound of Music,” “Cleopatra” and more.

The Art of the Hollywood Backdrop Buy It 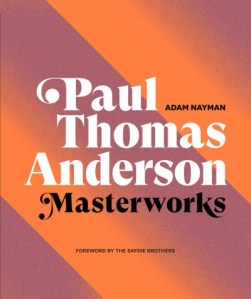 A master class of the masterworks of Paul Thomas Anderson. Page through the director’s entire film career starting at “Hard Eight,” into “Boogie Nights,” “Magnolia,” “Punch Drunk Love,” “There Will Be Blood,” “The Master,” “Inherent Vice” to “Phantom Thread.” And yes, there is a section dedicated to his music video work as well and earlier short films. 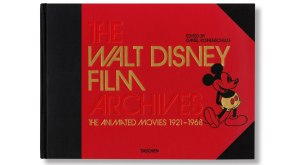 The 40th anniversary edition of this archival exploration takes a deep dive into the earliest years of Disney with rare glimpses at the earliest concept art for “Fantasia” and behind-the-scenes sketches that show the birth of the “silly symphonies.” 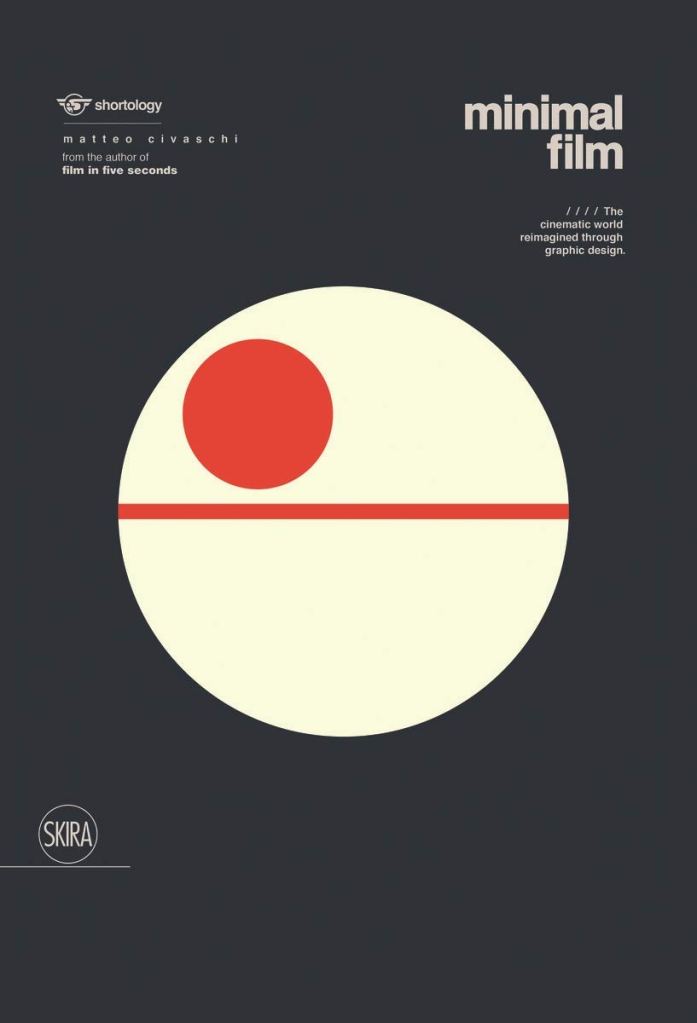 Your favorite films deconstructed into minimal representations of their cinematic impact. This art book, designed by Matteo Civaschi includes art house wonders to blockbusters. From “E.T.” to “Jurassic Park” to “Psycho” see how this artist translates the screen to the page.

The Art of My Neighbor Totoro: A Film by Hayao Miyazaki 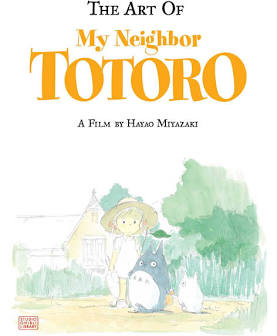 Authored and curated by the genius himself, explore the early development of Hayao Miyazaki’s masterpiece “My Neighbor Totoro.” View the origin of the beloved Miyazaki world with early concept art and cell renderings. Read lengthy interviews with Miyazaki and his collaborators and fall in love with Totoro all over again.

The Art of the Venture Brothers 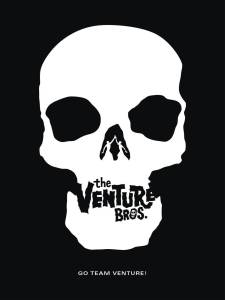 ‘The Venture Bros.’ reign at Adult Swim might be over but the legacy will live on, perhaps on a streaming service but definitely in this art book. Authored by Ken Plume the book boasts an introduction by Patton Oswalt and long conversations with the series co-creators Jackson Publick and Doc Hammer.

The Art of the Venture Brothers Buy It

Steven Universe: End of an Era 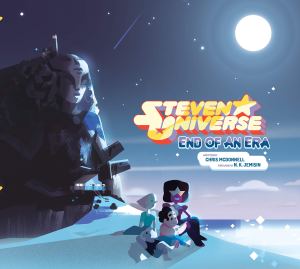 Celebrate the conclusion of “Steven Universe” a lovely cartoon about family, love and space gems who fight other space gems to protect the Earth. With art and interviews from the creator Rebecca Sugar, this book extends the life of this treasured animated series.

The Art of Pixar: The Complete Color Scripts and Select Art from 25 Years of Animation 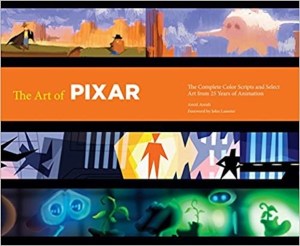 A must for any fan of animation, this book explores the world of Pixar over the last 25 years, taking a deep dive into both shorts and feature films. From classics like “Toy Story” and “A Bug’s Life” to newer releases like “Up” and “Cars 2,” it delves into the directors, writers and team of artists behind the scenes. Sharing the complete scripts in color and development art, it offers a glimpse at rare artwork and insider info.

The Art of Horror Movies: An Illustrated History 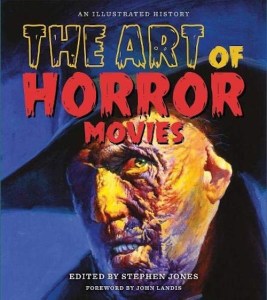 Don’t read this one before bed! A must for horror movie lovers, this illustrated tome captures the thrill of suspense on every page, making it one of the best coffee table books on movies for horror fans. Chronologically spanning the entire history of horror films, from the silent to the present, it contains over 600 rare images from a range of sources, including posters, lobby cards, advertising, promotional items, tie-in books and magazines, and original artwork. Director and screenwriter John Landis, of “An American Werewolf in London,” wrote the foreword.

Moments That Made the Movies 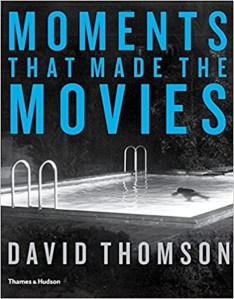 Every great movie has that scene that just sticks in your head forever. This book captures 72 of them from films over a period of 100 years. Each one will instantly bring you back to that scene, such as the romantic moment between Humphrey Bogart and Ingrid Bergman in “Casablanca” and when Jack Nicholson bursts through the door with an ax in “The Shining,” as well as scenes from “Citizen Kane,” “Sunset Boulevard,” “The Red Shoes,” “The Piano Teacher” and “Burn After Reading.” Each is accompanied by a thoughtful essay, explaining its significance and role in film history, deftly written by David Thomson.

Cinemaps: An Atlas of 35 Great Movies

Who knew that cartography and cinema made such a fascinating combination? This creative book applies mapmaking to 35 of the best movies of all time, so you can follow your favorite characters along on their iconic journeys. Join Indiana Jones in his adventures in “Raiders of the Lost Ark” from Nepal to Cairo, Marty McFly through the Hill Valley of 1955 and 1985 in “Back to the Future” and Jack Torrance through the hallways of the Overlook Hotel in “The Shining.” You can also navigate through “King Kong,” “The Princess Bride,” “North by Northwest,” “Fargo,” “Pulp Fiction” and “The Breakfast Club.” Each film has a hand-painted 9-inch-by-12-inch map in great detail accompanied by essays and trivia from each movie.

Wes Anderson doesn’t just make movies — he creates entire universes on the sets of his films. From the super saturated colors to the incredible costumes to the whimsical set decorations, every single detail is unique and intricately planned. The essence of a few of his beloved films — “Bottle Rocket,” “Rushmore,” “The Royal Tenenbaums,” “The Life Aquatic With Steve Zissou,” “The Darjeeling Limited,” “Fantastic Mr. Fox” and “Moonrise Kingdom” — is captured in this New York Times bestselling overview. The book is written by film and television critic Matt Zoller Seitz with an introduction by Michael Chabon. And if you want more, check out this charming photo collection of real life landscapes that are “Accidentally Wes Andrerson.” and more Wes Anderson-themed gifts here.

The galaxy far, far away will seem a lot closer once you have this collection on your coffee table. “Star Wars” forever changed the way moves are made and that goes beyond just science fiction films. George Lucas brought incredible innovation to the entire film industry. These books showcase the complete artwork of Ralph McQuarrie, the artist who turned the ideas of Lucas into tangible imagery, ranging from C-3PO and R2-D2 to the Millennium Falcon to Darth Vader’s helmet. McQuarrie is undoubtedly the most influential artist in the history of “Star Wars” and these volumes showcase his conceptual paintings, costume designs, storyboards, matte paintings, posters, book covers, album covers and even Lucasfilm’s annual holiday cards. There are also rare unpublished interviews and tidbits from McQuarrie’s colleagues on the art.

The Art of Mondo

Any film geek worth their salt knows about Mondo. If you’ve ever treasured a stylized movie poster or clever arty nod to current and classic film, you’ve probably played homage to a Mondo print. And now you can view them all in one massive collection of Monday classics.