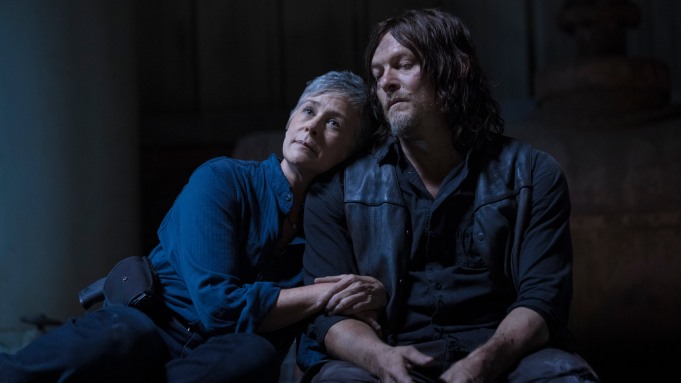 Now that Daryl Dixon (Norman Reedus) and Carol Peletier (Melissa McBride) are teaming up for their own “Walking Dead” spinoff series it’s time to reflect on the years of friendship between the two. Daryl and Carol, best friends forever who sometimes have to betray their friendship and do horrific things in fields of flowers.

Spoilers ahead: Season 10 of “The Walking Dead” finds the dynamic duo navigating rough terrain, as Daryl attempts to comfort Carol through the mournful loss of her son Henry. Multiple episodes capture her resulting fear of having painful dreams, which she avoids by constantly popping caffeine pills. But more than that, Carol desires revenge against Alpha, the woman who killed her child.

Daryl, who struggled with his own need for revenge in seasons 7 and 8, now finds himself guiding his friend on her path to healing from the many wrongs done to her by enemies, hough there’s only so much he can do to placate the grieving Carol. The two friends’ complex dynamics since early in the series add realistic nuance to the characters, as they sift through a world overrun with suffering; it’s a friendship that shines in the roughest of moments.

Who knows where showrunner Angela Kang will take these two on their journey through the world of the undead, but if it’s anything like what we’ve already seen, we’re excited.

Here are the top 10 all time best moments between Daryl and Carol throughout the past twenty years of “Walking Dead” television.