Continue to Variety SKIP AD
You will be redirected back to your article in seconds
Apr 18, 2021 9:30am PT 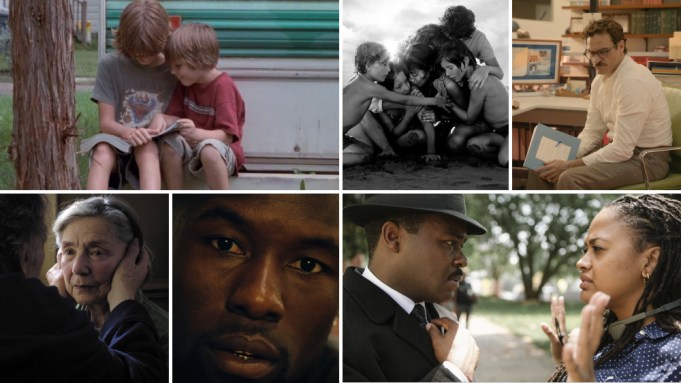 The Academy Awards have always — whether they like it or not — had a responsibility to provide snapshots of any given year when recognizing the best picture.

The most prestigious artistic award in the film industry, the Oscars have been simultaneously praised and criticized for their choices. As they began diversifying their membership in the mid 2010s, the Academy has become more dynamic, with plenty of different artistic endeavors and genres recognized each year. As we maneuver to an impending 100th year celebration of the award show in 2027, Variety is beginning the audacious task of ranking all 571 movies that have been nominated (and the comparative few that ultimately won) for best picture.

Understandably time-consuming, this list will be updated in stages, adding films in year-to-year order.

The first list of the best films that Oscar recognized ranks the top 35 films that were release from 2010 to the this year’s extended eligibility year 2020-2021. Until all 96 films from this period are added, we won’t move on to the 2000s, and so forth.

Each film below includes the title, link to the Variety review of the time, and the major credit information including distributors, directors, writers, producers and stars. Also included is a clip from the movie, dubbed, ” the scene that proves it,” otherwise known as what I perceive to be the best scene of the movie.

While the road to 571, but in essence 641 (which will be the presumed amount we’ll be up to if the Academy stays to a defined 10 picture nominees until that time, which begins in 2022) is long and tedious, this allows an opportunity for me to watch and revisit all these great films, many of which I have never seen even though I own most of the nearly 600.

While no list is perfect, and the definition of “best” versus “favorite” is a continued argument in general film enthusiasts circles, we shouldn’t expect any unanimous agreement on these rankings. As film is subjective, as well as all art, we encourage you to make your own list as you navigate through the process with us.

For all current Oscar predictions for best picture, and other categories, visit the Awards Circuit hub for rankings.