14 U.S. Athletes to Watch at the Tokyo Olympics 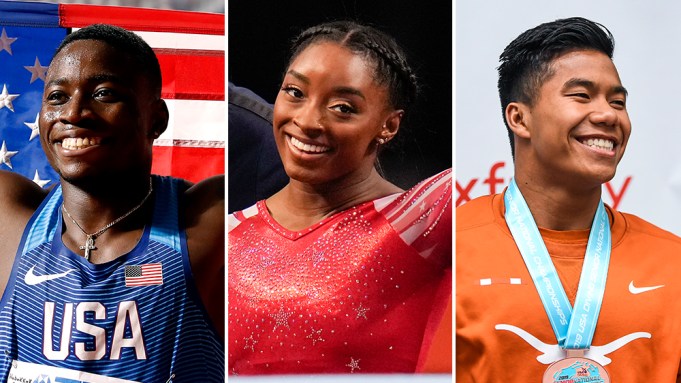 After a year-long delay, the Tokyo Olympics are set to begin July 23 and run through Aug. 8. The postponement came as a result of the COVID-19 pandemic, sparking nerves and throwing out of routine the training schedules of the world’s greatest athletes. But with the teams set and the opening ceremony right around the corner, the best in sports are ready to hit the stage.

The ongoing pandemic has resulted in Japan banning spectators at Olympic venues, so everyone, not just those of us in the U.S., will be glued to our television (or computer) screens to watch the games go down. More exciting is the debut of a slew of new events, including surfing, skateboarding, sport climbing and karate. Baseball and softball will also make their return for the first time since 2008.

The Tokyo Olympics marks the first time Michael Phelps will not be part of the U.S. team since he first appeared in 2000. Spiritually in his place will be swimmer Caeleb Dressel, who enters Tokyo having already beat a Phelps record.

Not to worry, this year will mark the return of a premier U.S. favorite: Simone Biles. Even off the Olympic mat, she made history as part of the group of brave young women who came forward about serial sexual abuser Larry Nassar and put into motion a revolutionary shuffling of the USA Gymnastics organization. When she hits the mat (or the beam or vault), we will be graced with a spectacular display of athleticism, showmanship and confidence.

Biles and Dressel are just two of a long list of American Olympians worth watching out for. Read below for more you should keep an eye on throughout the Tokyo Games.