All 18 Best Picture Nominees Directed by Women in Oscars History 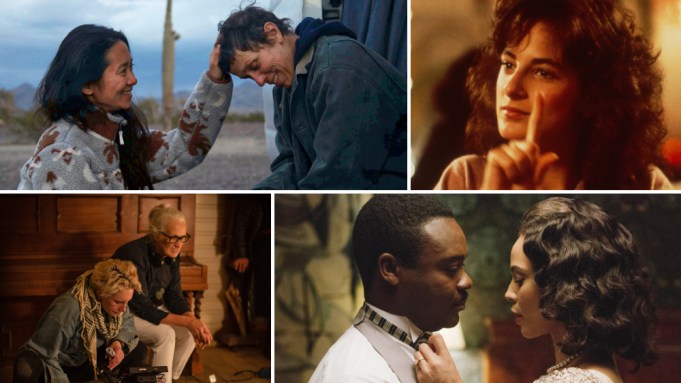 Women filmmakers are taking the reins of their destinies in Hollywood, with many stepping behind the camera and creating stories universal to the human condition. But it has been a slow-moving machine to see these talents recognized at the Oscars, especially in the best director category.

In the 94-year history of the Academy Awards, there have been 581 films nominated for the top prize for best picture. Eighteen of those films were helmed by a woman director. While grotesque in its mere statistic, we’re seeing an uptick in female-led stories being told and gaining notoriety.

This year, Jane Campion has become the first woman nominated twice for directing with the nomination leader “The Power of the Dog.” The western marks the second time a female-directed film has gained the most Oscar nominations in a respective year, and is the most nominated film in history by a woman director. For the third time in history, two films directed by women are nominated for best picture in the same year, along with Sian Heder’s “CODA.” In fact, “CODA” and “The Power of the Dog” are among the top three features expected to win best picture on March 27.

Many films directed by women received other nominations, including Maggie Gyllenhaal’s “The Lost Daughter,” which picked up three noms for actress (Olivia Colman), supporting actress (Jessie Buckley) and adapted screenplay for Gyllenhaal herself. The first-time director is also a top candidate to win the DGA first-time director award this weekend, which would make her the second woman to win the category.

The favorite in the animated feature race, “Encanto,” was co-directed, co-written and co-produced by Latinas Charise Castro-Smith and Yvett Merino. Likewise, documentary feature hopefuls “Attica,” “Ascension” and “Writing with Fire” were all led by women filmmakers.

There are also the movies that should have received recognition, like Rebecca Hall’s “Passing” and Julia Ducournau’s “Titane.”

The late Lina Wertmüller, who became the first woman Oscar-nominated for directing with “Seven Beauties” (1975), was a trailblazer for the category in what is arguably one of the strongest film years in the Academy. However, her film didn’t ultimately land one of the five coveted spots for best picture, in favor of eventual winner “Rocky,” “All the President’s Men,” “Bound for Glory,” “Network,” and “Taxi Driver.” The first movie wouldn’t come until Randa Haines’ “Children of a Lesser God” (1986).

Below, find all 18 women-directed films that have been nominated for best picture.