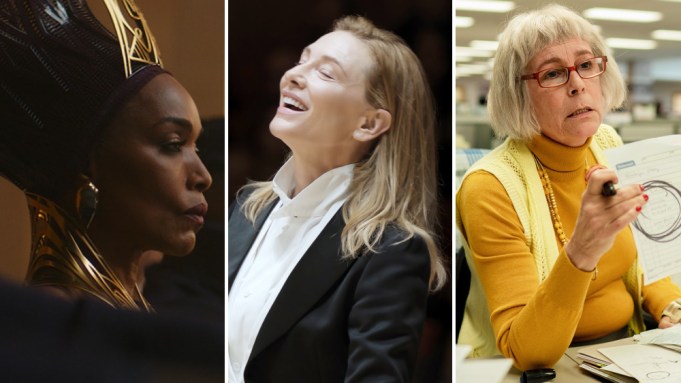 Each year, after multiple conversations with voters during varying times in the season about which movies they are favoring, I’m still surprised not to hear them mention some of the critically lauded features, even high-profile ones pundits have been touting. One member of the actors branch says they’ve seen three movies this year — “The Batman,” “Thirteen Lives” and “Top Gun: Maverick.” “I loved them all,” they tell Variety. “There’s so much I have to catch up on. I plan on doing it over the Christmas break.”

The Independent Spirit Awards announced its nominations in film and television on Tuesday morning, where The Daniels’ “Everything Everywhere All at Once” led the tally with eight nominations. Right behind was Todd Field’s “Tár” with seven and Charlotte Wells’ “Aftersun” with five.

A24 led the tally for all studios with 24 total noms with Focus Features at a distant second with nine.

From Awards Circuit Column on Nov. 22 in Variety magazine.

See the Golden Globe predictions in all of the film categories.