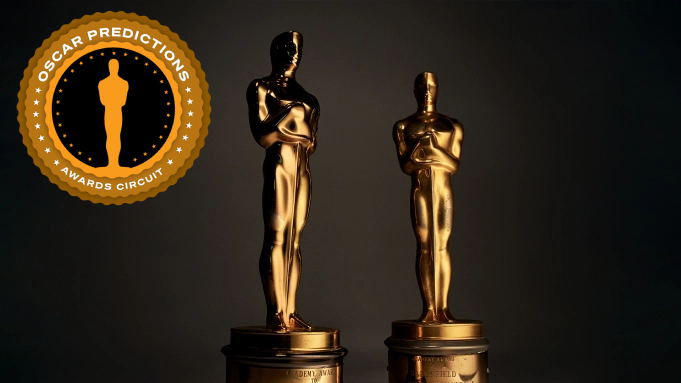 Variety Awards Circuit section is the home for all awards news and related content throughout the year, featuring the following: the official predictions for the upcoming Oscars, Emmys, Grammys and Tony awards ceremonies, curated by Variety senior awards editor Clayton Davis. The prediction pages are Davis’ assessment of the current standings of the race and do not reflect personal preferences for any film or performance. Like any organization or body that votes, each category is fluid and subject to change. Predictions are updated every Thursday.

Weekly Commentary: Social media and awards pundit circles have been touting Daniel Kwan and Daniel Scheinert’s “Everything Everywhere All at Once” as an undisputed front-runner for most of the awards season. With a leading 11 nominations, it’s in an excellent position to win the best picture statuette for distributor A24. The same studio pulled off the memorable “Moonlight” upset over “La La Land” at the 2017 ceremony.

In Tuesday’s nominations, we witnessed a couple of these precursors crumble.

The best actor race is comprised of all first-time nominees — Austin Butler (“Elvis”), Colin Farrell (“The Banshees of Inisherin”), Brendan Fraser (“The Whale”), Paul Mescal (“Aftersun”) and Bill Nighy (“Living”). This hasn’t happened since 1934’s three-person lineup of Clark Gable, Frank Morgan and William Powell. Regarding who wins the category, Butler, Farrell and Fraser have each one a televised award, with BAFTA on the horizon. The British voting bloc seems to favor the Irish black comedy from Martin McDonagh, which could give Farrell the edge, but SAG will have the last word before final voting opens.

To see the ranked predictions for each category, visit Variety’s Oscars Hub.

To see the current rankings for each individual category, visit Variety’s Oscars Hub. Make sure to bookmark the 2022-2023 Awards Season calendar for all key dates and timelines for the season.