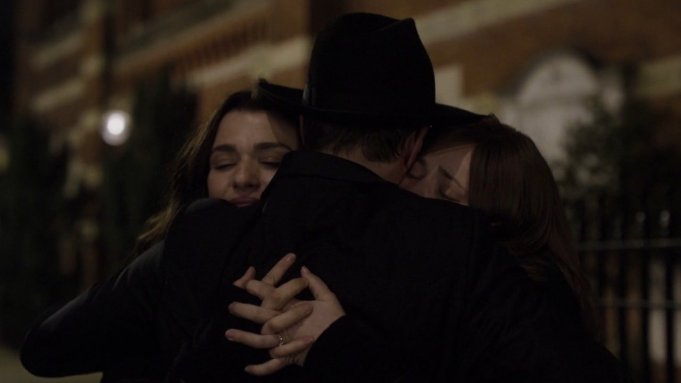 Written by: Sebastián Lelio, Rebecca Lenkiewicz (based on the novel “Disobedience” by Naomi Alderman)

Synopsis: A woman returns to the Orthodox Jewish community that shunned her for her attraction to a female childhood friend. Once back, their passions reignite as they explore the boundaries of faith and sexuality.

The scene that proves it: “Group Hug”

It’s one of the most underrated and enriching love stories of the last decade, and people let it just pass through the awards season with no recognition for the three career-topping performances from Rachel McAdams, Rachel Weisz and Alessandro Nivola. The director of “A Fantastic Woman” really knows how to invite a viewer into forbidden love, keeping us engaged and showcasing all the nuances those restricted face to express their devotions. With co-screenwriter Rebecca Lenkiewicz, Lelio assembles magic.

A critical note that “the scene that proves it” is not the one that will show when you click the play button. This is one of the few examples in which I feel so strongly that the weight of a moment is too powerful to see isolated. It’s too much of a risk to rob future cinephiles the tear-jerking gymnastics they will do when they witness the “group hug.” Instead, the second choice will serve as the “proof” when Ronit (Weisz) leaves her beloved Esti (McAdams), short and sweet.