Oscars: The Biggest Snubs and Surprises 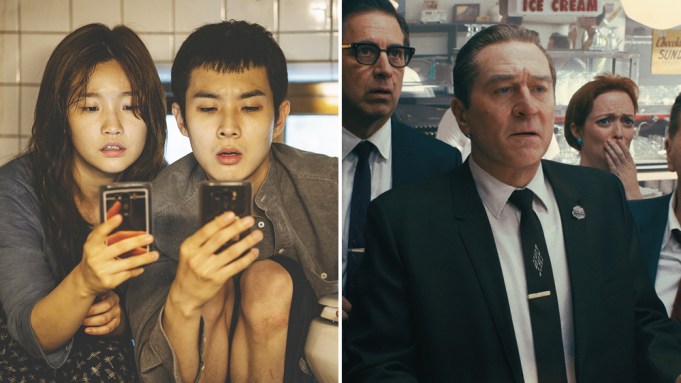 Just as the 92nd annual Academy Awards were starting to feel utterly predictable, Bong Joon Ho was announced as best director over perceived front-runner Sam Mendes. A few minutes later, “Parasite” made history by becoming the first foreign-language film to ever win best picture. It not only defied expectation, it triumphed after the PGA Award went to “1917.”

While the acting and screenwriting awards panned out as expected, there were a few other surprises sprinkled throughout the night.

SURPRISE: “Parasite” wins best picture
“Parasite” made history again after being the first foreign-language film to win SAG ensemble and the first Korean film to win best international film. When it was called out as best picture, the audience went crazy — when they tried to dim the lights on the stage, the audience cheered “Up! Up! Up!” until they raised the lights again. Another history-making moment.

SURPRISE: Bong Joon Ho wins best director
Though the “Parasite” filmmaker had already won original screenplay and best international film, his win for best director was a bit of a surprise after Sam Mendes and “1917” won both the Golden Globe and the DGA. Even Bong admitted to being surprised, saying he thought he could relax after the international film win.

SURPRISE: “Toy Story 4,” best animated feature
It’s an odd day when a Pixar film is considered an underdog, but after “Missing Link” won the Golden Globe and “Klaus” took the Annie Award, it was starting to look like the reigning champ might not take home the animated feature award. But when it came time to announce the winner, “Toy Story 4” triumphed, just as its predecessor “Toy Story 3” did in 2011.

SNUB: “The Irishman”
The Martin Scorsese epic went into the night with 10 nominations, second only to “Joker” and tied with “1917,” but while those films took home some big awards, “Irishman” left empty-handed. Not a total surprise, as this happened at the Golden Globes as well, but still a disappointment for the heralded film.

SURPRISE: Eminem performs “Lose Yourself”
Though “8 Mile” hit theaters in 2002 and Eminem’s song “Lose Yourself” won best original song in 2003, the rapper didn’t perform it at the Oscars that year — he didn’t even attend the ceremony. So this year he made a surprise appearance and performed the hit — to a standing ovation from an enthusiastic crowd.