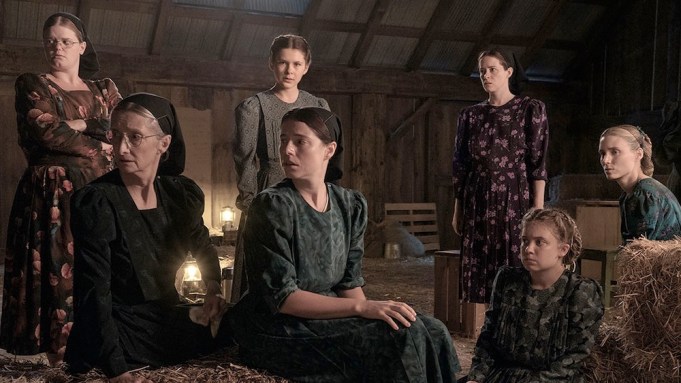 CATEGORY COMMENTARY: With Michelle Williams now campaigning for lead actress for “The Fabelmans,” the entire race for supporting actress has opened up considerably.

The biggest benefactors are any number of the women from Sarah Polley’s “Women Talking.” With no decisions yet announced on where the ladies will campaign, a majority of them are expected to go for supporting attention. Jessie Buckley, fresh off her nom for “The Lost Daughter” (2021), could be the easiest thing to recognize, while her co-star Claire Foy, still hoping to make up for her grotesque snub for “First Man” (2018), could be right on her heels.

What will be interesting is to assess if they will stop there for the movie that was the runner-up of the People’s Choice Award at TIFF to Steven Spielberg’s “The Fabelmans.” Would the Actors Branch be willing to tack one more on with Judith Ivey’s fiery turn, which stands out in the film’s final moments? The Academy has done it before. In supporting actress, it’s happened once for the best picture winner “Tom Jones” (1963), which landed Diane Cilento, Edith Evans and Joyce Redman in the lineup. They all lost to Margaret Rutherford for “The V.I.P.s.”

A third of the time, this category has yielded more than one actress nominated for the same movie. There are a large number of films angling to exploit that statistic: Jamie Lee Curtis and Stephanie Hsu for “Everything Everywhere All at Once,” Laura Dern and Vanessa Kirby for “The Son,” Lashana Lynch and Thuso Mbedu (if she ends up in this category) for “The Woman King” and Hong Chau and Sadie Sink for “The Whale.”

We’re still waiting on the word for “She Said,” which could put either Carey Mulligan or Zoe Kazan in this race, or a rumored standout Jennifer Ehle.

Maybe previous winners such as Anne Hathaway from “Armageddon Time” or Whoopi Goldberg from “Till” can catch on as their films progress in the race. Even Sally Field could factor in for the adaptation of “Spoiler Alert: The Hero Dies.”