Oscar Predictions: Best Actress – Michelle Williams Goes for the Lead Actress Statuette for ‘The Fabelmans,’ Should Cate Blanchett and Michelle Yeoh Be Worried? 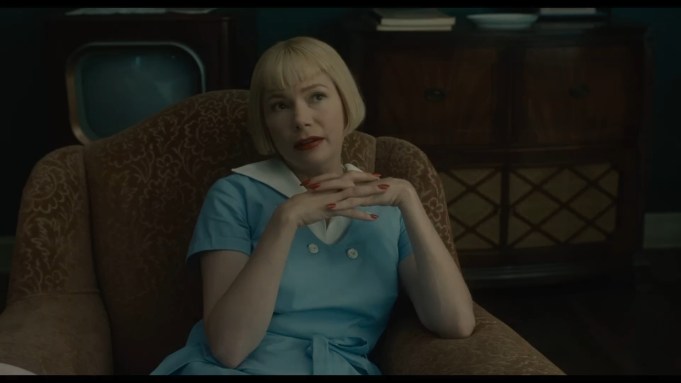 CATEGORY COMMENTARY: Michelle Williams’ work as the piano-playing mother in Steven Spielberg’s “The Fabelmans” will be campaigned for the Oscars in best actress, instead of supporting as many pundits had speculated. This throws a huge wrench in both the lead and supporting actress races.

Williams has been nominated for four Academy Awards – “Brokeback Mountain” (2005) and Manchester by the Sea” (2016) in supporting actress and “Blue Valentine” (2010) and “My Week with Marilyn” (2011) in lead actress. Undoubtedly overdue, she’ll face tougher competition with Cate Blanchett’s Volpi Cup-winning turn in Todd Field’s “TÁR” and Michelle Yeoh’s acclaimed work in “Everything Everywhere All at Once.”

Roles that can go either way between lead and supporting have triumphed before. Olivia Colman won her Oscar over Glenn Close (“The Wife”) and Lady Gaga (“A Star is Born”) for “The Favourite” (2018) while Kate Winslet still managed to top Anne Hathaway (“Rachel Getting Married”) and Meryl Streep (“Doubt”) when she was switched by the Academy from supporting to lead for “The Reader” (2008). Winslet had won the Golden Globe and SAG prizes for supporting prior to the switcharoo. Perhaps Williams can follow in their golden shoes?

It’s early and you can never “call it” in September.

Let’s not forget the box-office performance of “The Woman King” and putting Oscar-winner Viola Davis (“Fences”) in the thick of it, with a sure-fire bet in the form of Danielle Deadwyler from “Till” waiting to premiere at the New York Film Festival next week.

Ana de Armas, on the cover of Variety this week, could overcome the mixed reception for “Blonde” while it’s always foolish to count out someone as noteworthy as Olivia Colman (“Empire of Light”) or Margot Robbie (“Babylon”).

We’ll also see if the Academy is “cool” enough to see the merits of the incredible Taylor Russell from Luca Guadgnino’s “Bones & All.”