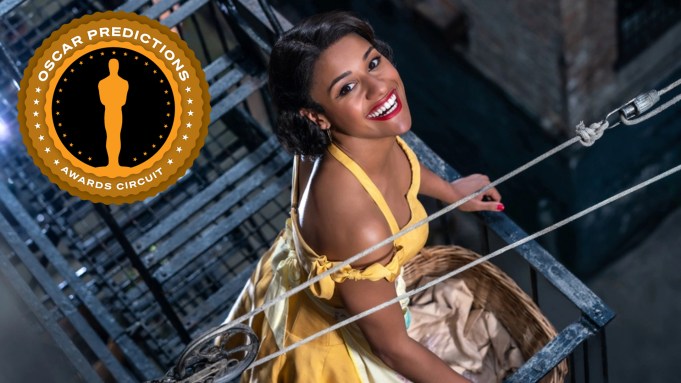 In the acting categories, nine are first-time nominees, including Ariana DeBose for “West Side Story.” After winning SAG’s best supporting actress award for her performance as Anita in Steven Spielberg’s musical remake, she’s the first Latina to win a film award from the guild and the first queer woman of color to be recognized for acting.

DeBose’s co-star Rita Moreno became the first, and still, only Latina to ever win an acting Oscar for the 1961 original version, where she also played the dancing seamstress. In the remake, she plays the newly created role of Valentina. If DeBose wins the Oscar, she will become the second Latina to win an acting Oscar.

Kirsten Dunst, achieving her first nom after a long career, could be one of the challengers for DeBose, primarily due to the latter film having a softer showing than many anticipated, with snubs in the adapted screenplay and editing categories.

This season, Aunjanue Ellis has received considerable acclaim and awards, including noms from Critics Choice, Golden Globes, BAFTA, and even kicked off the season with the National Board of Review prize for supporting actress. In addition, “King Richard” received an impressive six Oscar nominations including best picture (Tim White, Trevor White and Will Smith), actor, supporting actress, original screenplay, film editing (Pamela Martin) and original song for the track “Be Alive” (music and lyrics by Beyoncé and Dixson). The Critics Choice shout-out by Will Smith could have given some added steam.

Jessie Buckley, also a first-time nominee for “The Lost Daughter” and veteran and Oscar-winner Judi Dench from “Belfast,” don’t seem to be spoiler possibilities. Still, you can never close anything off, especially in this category that’s had shockers like Juliette Binoche (“The English Patient”) over Lauren Bacall (“The Mirror Has Two Faces”).

The Academy Awards, better known as the Oscars, is Hollywood’s most prestigious artistic award in the film industry. The most awarded films in Oscar history are “Ben-Hur,” “Titanic” and “The Lord of the Rings: The Return of the King” at 11 statuettes. The most nominated films in Academy history are “All About Eve,” “Titanic” and “La La Land” at 14. “La La Land” is the only film of the three to have lost best picture. The most significant Oscar “losers,” meaning most nominated and walk away with zero awards, are 1977’s “The Turning Point” and 1985’s “The Color Purple” at 11 each. Two women have won this category twice – Dianne Wiest and Shelly Winters. Thelma Ritter has the most nominations at six, while Amy Adams has five. The oldest winner ever is Peggy Ashcroft (“A Passage to India”) at 77, while the oldest nominee is Gloria Stuart (“Titanic”) at 87. Tatum O’Neal (“Paper Moon”) is the youngest nominee and winner in history at 10.