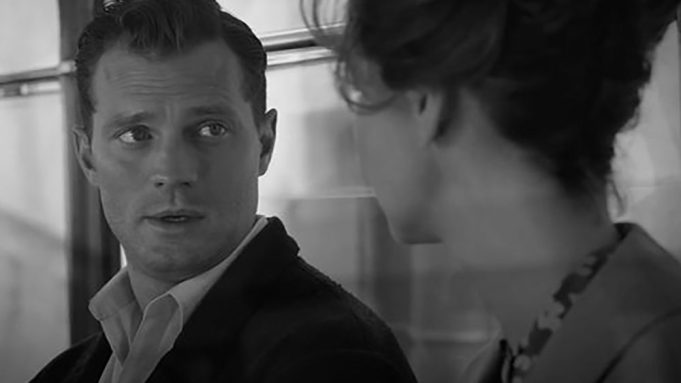 AWARDS PREDICTION COMMENTARY: There’s no agreed-upon frontrunner, keyword being “agreed upon,” at least with critics and pundits. In races like supporting actors, the actors’ branch can lean more towards rewarding the career than the performance itself. That helps someone like Ciarán Hinds, who delivers a marvelous performance in Kenneth Branagh’s “Belfast,” primarily since he’s worked with many in the business. His co-star Jamie Dornan should be able to crack the lineup accordingly, especially with “Everlasting Love” being one of the feel-good, cheerful moments in any film this year.

The work of Oscar-winner J.K. Simmons (“Whiplash”) in Aaron Sorkin’s “Being the Ricardos” is one of the best casting efforts this year, and his work is utterly memorable and could be an easy checkbox for the film. But, unfortunately, it’s still unclear how far Jared Leto’s ballsy turn in “House of Gucci” will take him in the race or if the Academy will be able to choose between either of the men from Jane Campion’s “The Power of the Dog,” which has Jesse Plemons entering the top five this week for the first time since the year-in-advanced predictions.

I’m also looking out for those Globe, SAG and Critics Choice nominees that may come up short at the Oscars, like past snubbed performers Idris Elba (“Beasts of No Nation”), Michael Shannon (“99 Homes”) and Daniel Bruhl (“Rush”). Of course, Ben Affleck could ultimately fit that bill for “The Last Duel” if voters come to bat for Ridley Scott’s period epic.

Will screen time matter for Bradley Cooper for “Licorice Pizza,” or can any of the boys from “Don’t Look Up” get swept in with Leonardo DiCaprio? The most likely candidates seem to be Jonah Hill or Mark Rylance.

And then there’s “Nightmare Alley,” which will offer up a few options but with different narrative moments on the screen to shine.

The Academy Awards, better known as the Oscars, is Hollywood’s most prestigious artistic award in the film industry. The most awarded films in Oscar history are “Ben-Hur,” “Titanic” and “The Lord of the Rings: The Return of the King” at 11 statuettes. The most nominated films in Academy history are “All About Eve,” “Titanic” and “La La Land” at 14. “La La Land” is the only film of the three to have lost best picture. The most prominent Oscar “losers,” meaning most nominated and walk away with zero awards, are 1977’s “The Turning Point” and 1985’s “The Color Purple” at 11 each. Walter Brennan has the most wins in this category with three, while Mahershala Ali, Michael Caine, Melvyn Douglas, Anthony Quinn, Jason Robards, Peter Ustinov and Christoph Waltz have two. With four apiece, the most nominations in this category are shared between seven actors – Brennan, Jeff Bridges, Robert Duvall, Arthur Kennedy, Jack Nicholson, Al Pacino and Claude Rains. Christopher Plummer distinguishes being the oldest winner ever at 82 for “Beginners” and nominee for “All the Money in the World” at 88. The youngest winner is Timothy Hutton for his debut performance at 20 for “Ordinary People,” while Justin Henry is the youngest nominee ever at eight for “Kramer vs. Kramer.”.