Continue to Variety SKIP AD
You will be redirected back to your article in seconds
Jan 27, 2022 12:05am PT 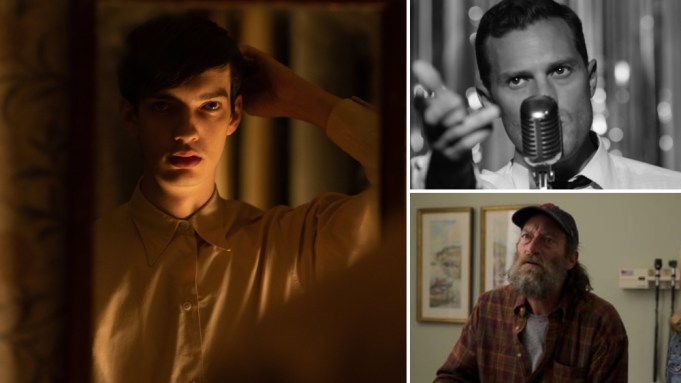 AWARDS PREDICTION COMMENTARY: With the “Belfast” boys out at SAG, could one or both of Ciarán Hinds or Jamie Dornan still make it? It’ll be close but we’ll see where BAFTA falls on the subject.

The race could be down to Troy Kotsur for “CODA” and Kodi Smit-McPhee for “The Power of the Dog.” Both have performed very well on the circuit, with the latter leading the charge and getting swept in with the love for Jane Campion. This could even lead to an additional surprise nomination for his co-star Jesse Plemons, mimicking a shock-like Jennifer Tilly, who was recognized alongside the eventual supporting actress winner Dianne Wiest for “Bullets over Broadway” (1994).

In Paul Thomas Anderson’s coming-of-age story, Bradley Cooper’s role is brief, with only about seven minutes of screen time. But he steals the movie as Jon Peters, the ex-boyfriend of Barbra Streisand. Only four actors have won with roles under 10 minutes in Oscar history — Gloria Grahame in “The Bad and the Beautiful” (1952), Ben Johnson in “The Last Picture Show” (1971), Beatrice Straight in “Network” (1976) and Judi Dench in “Shakespeare in Love” (1998). SAG came to his aid, so he may have secured his spot.

The BAFTA shortlist includes two Latinos: David Alvarez (“West Side Story”) and Oscar-winner Benicio del Toro (“The French Dispatch”). Does either of them have a shot? What about Colman Domingo (“Zola”), who may seem like a longshot but is well known and beloved in the acting community.

The additional love for “Being the Ricardos” has propelled it forward, likely to nab a spot for best picture. That has seemed to increase the chances for J.K. Simmons who was absent from Globe and SAG but did get Critics Choice. Also unsure if Ben Affleck could go the way of Michael Shannon (“99 Homes”) or Idris Elba (“The Harder They Fall”), who nabbed all necessary precursors, but fell off in the end.

The Academy Awards, better known as the Oscars, is Hollywood’s most prestigious artistic award in the film industry. The most awarded films in Oscar history are “Ben-Hur,” “Titanic” and “The Lord of the Rings: The Return of the King” at 11 statuettes. The most nominated films in Academy history are “All About Eve,” “Titanic” and “La La Land” at 14. “La La Land” is the only film of the three to have lost best picture. The most prominent Oscar “losers,” meaning most nominated and walk away with zero awards, are 1977’s “The Turning Point” and 1985’s “The Color Purple” at 11 each. Walter Brennan has the most wins in this category with three, while Mahershala Ali, Michael Caine, Melvyn Douglas, Anthony Quinn, Jason Robards, Peter Ustinov and Christoph Waltz have two. With four apiece, the most nominations in this category are shared between Brennan, Jeff Bridges, Robert Duvall, Arthur Kennedy, Jack Nicholson, Al Pacino, and Claude Rains. Christopher Plummer distinguishes being the oldest winner ever at 82 for “Beginners” and nominee for “All the Money in the World” at 88. The youngest winner is Timothy Hutton for his debut performance at 20 for “Ordinary People,” while Justin Henry is the youngest nominee ever at eight for “Kramer vs. Kramer.”.