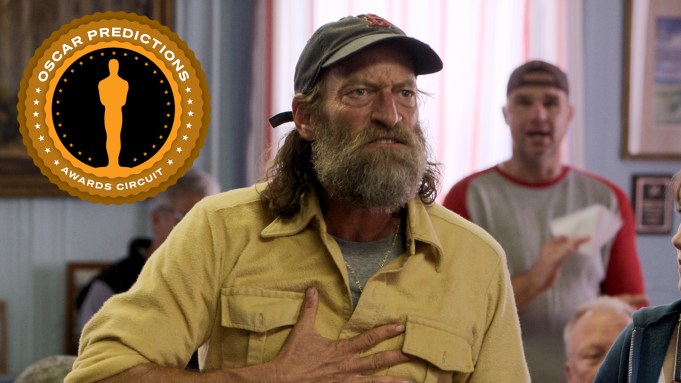 Troy Kotsur, supporting actor nominee for “CODA,” is the second deaf actor to be nominated after his co-star Marlee Matlin won an Oscar for lead actress for “Children of a Lesser God” (1986), the first film directed by a woman to be nominated for best picture. He’s won BAFTA, SAG and Critics Choice Awards, and that’s powerful heading into the evening, especially with “CODA” headed towards a possible Oscar statuette.

Belfast native Ciarán Hinds finally received the recognition he’s deserved with an Oscar nomination for his role in the Focus Features picture “Belfast.” Hinds has been a character actor for decades with memorable performances in films like “Munich” (2005), “Tinker, Tailor, Soldier, Spy” (2011) and the “Harry Potter” and “Game of Thrones” series.

On paper, J.K. Simmons’ casting as William Frawley, who played neighbor-sidekick Fred Mertz on “I Love Lucy,” is absolutely perfect. It’s been seven years since Simmons ran away with best supporting actor for “Whiplash” (2014), and gets the film’s biggest chuckles but his inclusion seems to be the reward here.

The Academy Awards, better known as the Oscars, is Hollywood’s most prestigious artistic award in the film industry. The most awarded films in Oscar history are “Ben-Hur,” “Titanic” and “The Lord of the Rings: The Return of the King” at 11 statuettes. The most nominated films in Academy history are “All About Eve,” “Titanic” and “La La Land” at 14. “La La Land” is the only film of the three to have lost best picture. The most prominent Oscar “losers,” meaning most nominated and walk away with zero awards, are 1977’s “The Turning Point” and 1985’s “The Color Purple” at 11 each. Walter Brennan has the most wins in this category with three, while Mahershala Ali, Michael Caine, Melvyn Douglas, Anthony Quinn, Jason Robards, Peter Ustinov and Christoph Waltz have two. With four apiece, the most nominations in this category are shared between Brennan, Jeff Bridges, Robert Duvall, Arthur Kennedy, Jack Nicholson, Al Pacino, and Claude Rains. Christopher Plummer distinguishes being the oldest winner ever at 82 for “Beginners” and nominee for “All the Money in the World” at 88. The youngest winner is Timothy Hutton for his debut performance at 20 for “Ordinary People,” while Justin Henry is the youngest nominee ever at eight for “Kramer vs. Kramer.”.