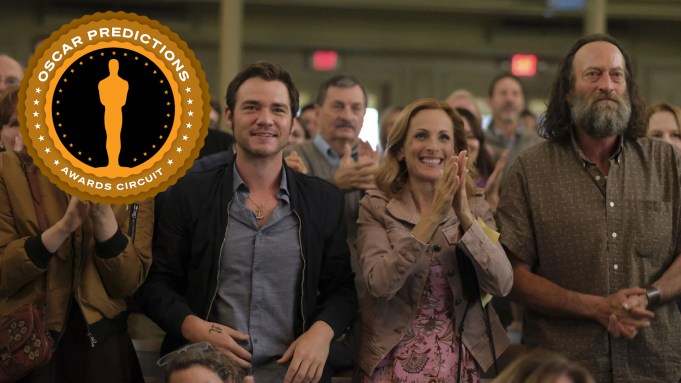 It’s a race for the history books. The showdown to be the first streaming service to win best picture has focused on all of the players, most notably Netflix.

With Jane Campion’s “The Power of the Dog” landing a gargantuan 12 Oscar nominations, it looked like its long-awaited moment had finally arrived after missing the cut with “Roma” (2018), “The Irishman” (2019) and “Mank” and “The Trial of the Chicago 7” (2020). But unfortunately, an extended, drawn-out phase two might have cost the western movie critical votes. First, the film was a talking point in the media with Sam Elliott’s criticisms, followed by the blowback to some of Campion’s comments at the Critics Choice Awards ceremony.

The momentum for Apple’s “CODA” has been undeniable. Conversations with dozens of voters indicated that the Academy’s membership was looking for a good mood. Enter Sian Heder’s film, which won the SAG Award for cast ensemble four days after Russia invaded Ukraine when the global community was looking for hope for the future. PGA gave “CODA” its top prize, and the film managed to win the BAFTA award for adapted screenplay, the critical indicator that it also appeals internationally.

In the end, I subscribe to the theory that Kenneth Branagh’s “Belfast” is very much a possibility to spoil the party — mimicking “Spotlight” (2015) with original screenplay and best picture wins only – and it could even perhaps pull a “Mutiny on the Bounty” with a top category win only. The Focus Features film has a solid international presence and support, and it could be splitting that binding pocket with “The Power of the Dog,” which allows “CODA” to come up the middle.

Regarding the other seven nominated films, “Dune” is trending to win anywhere between three to eight Oscars. It has passion within the artisan branches, putting it in the top five, but with no palpable indication of a winning threat. The respect and adoration for Steven Spielberg and “West Side Story” were on full display in phase two, with every nominee at the DGA awards and PGA awards acknowledging him in their speeches and opening remarks. Frontrunning for an acting Oscar with Ariana DeBose, along with two possible bubble wins for costume design and sound, may have done better with voters than many believed.

It was surprising to learn from conversations with voters and confirmed through multiple awards strategists that Paul Thomas Anderson’s “Licorice Pizza” has a vast amount of support internationally, which would help explain its pretty surprising BAFTA win over Branagh. One theory suggests that if you see Anderson’s film taking best original screenplay, that could indicate a “Power” win coming ahead since they could share the same voting demographics.

Adam McKay’s “Don’t Look Up” and Guillermo del Toro’s “Nightmare Alley” could go out in the first two rounds when tabulating the preferential ballots. The key to Netflix winning best picture could lie within those first two rounds. We’ll never know for sure as the Academy doesn’t release official voting numbers, but I believe the more rounds the tabulating goes, the less likely they will take home the statuette. The ballots that list Hamaguchi’s “Drive My Car” at No. 1 could hold the answers to what’s winning best picture. If a voter lists the Japanese frontrunner for international feature at the top of their ballot, what films are listed in the Nos. 2, 3 and 4 spots?

This is all speculation, but it’s a photo finish that’ll be exciting to see the outcome on Sunday.

Should have been here: “C’mon C’mon” (A24) – Chelsea Barnard, Lila Yacoub, Andrea Longacre-White