Oscars Predictions: Best Original Screenplay – Is It Time for Paul Thomas Anderson’s Dance With the Academy?

Other contenders include "Belfast," "C'mon C'mon," "Parallel Mothers," "Being the Ricardos" and "Don't Look Up." 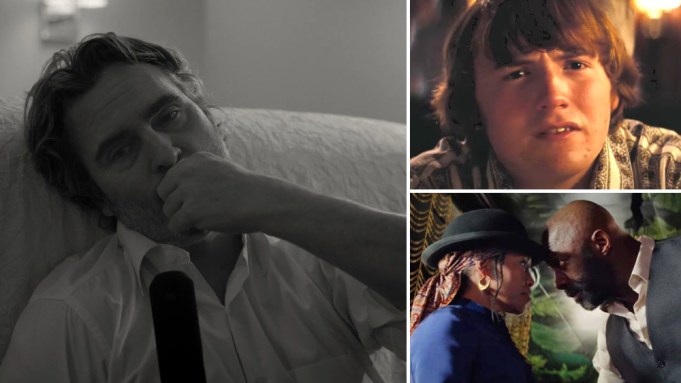 AWARDS PREDICTION COMMENTARY: Paul Thomas Anderson wrote “Licorice Pizza,” along with directing and producing the film with Sara Murphy. The project, distributed by United Artists Releasing, was backed by MGM, in association with Bron Creative and Anderson’s Ghoulardi Film Company, and screened for select critics and journalists last week. Word so far is positive. If PTA were to win an Oscar, a writing statue would feel like the most likely based on his awards resume.

Mike Mills’ film is not going to appeal to everyone, but I’d be remiss if I didn’t share that this could be the best screenplay written in the last decade, something the writers’ branch may recognize. With other fall festivals on the docket, word of mouth could grow, similar to when another Phoenix film, “Her,” premiered at New York Film Festival. At the time, I was a skeptic, thinking the Academy couldn’t recognize such a breathtaking achievement by writer and director Spike Jonze. By the end of the season, the movie ran away with original screenplay, and picked up a very impressive six Oscar noms in total. “C’mon C’mon” could follow a similar trajectory.

None of this could matter if “Belfast” is creating a “sweep”-like campaign and is completely embraced by all branches, including the scribes.

The Academy Awards, better known as the Oscars, is Hollywood’s most prestigious artistic award in the film industry. The most awarded films in Oscar history are “Ben-Hur,” “Titanic” and “The Lord of the Rings: The Return of the King” at 11 statuettes. The most nominated films in Academy history are “All About Eve,” “Titanic” and “La La Land” at 14. “La La Land” is the only film of the three to have lost best picture. The biggest Oscar “losers,” meaning most nominated and walk away with zero awards, are 1977’s “The Turning Point” and 1985’s “The Color Purple” at 11 each. Woody Allen has the most wins in original screenplay with three and nominations at 16. Charles Brackett, Paddy Chayefsky, Quentin Tarantino and Billy Wilder have all won twice. Federico Fellini is the second most nominated writer with six nominations. The most recent winner is Emerald Fennell for “Promising Young Woman.”