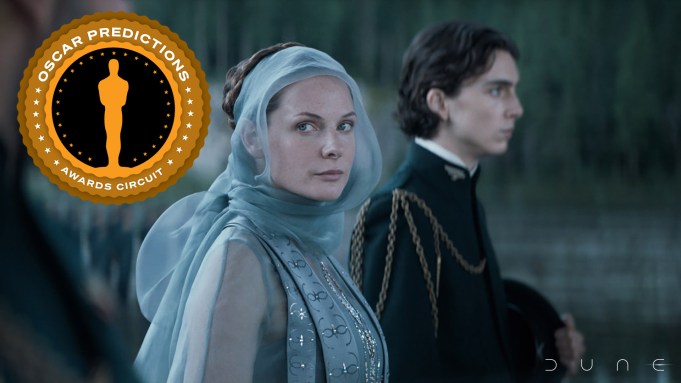 Hans Zimmer is finally going to win his overdue second Oscar statuette for “The Lion King” (1994), although he won’t be in attendance for the ceremony because he’s on tour. This is one of the categories that will be pre-taped to streamline the ceremony.

“Dune,“ adapted from Frank Herbert’s novels, leads with the most precursor prizes this season for production design, cinematography, editing, sound, visual effects and score. It’s second for costumes (behind “Cruella”) and makeup (behind “The Eyes of Tammy Faye”). It’s undoubtedly highly competitive in each of its artisan races, but only “Titanic” nearly pulled off the sweep, losing makeup to “Men in Black.”

Germaine Franco’s work on “Encanto” is the upset waiting in the wings. “Encanto” is the 10th animated film since 1989 nominated for both original song and original score. Seven of them walked away with one of the two categories on Oscar night, and five of those seven won both categories.

There’s also the prospect of Jonny Greenwood, once nominated for “Phantom Thread,” to pick up a statuette for “The Power of the Dog.”