Final Oscars Predictions: Best International Feature — ‘Drive My Car’ is More of a Toss-Up Despite a Best Picture Nomination 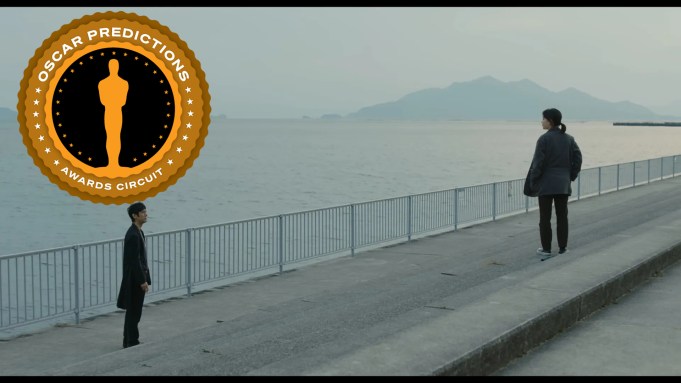 Despite a palpable surge for Norway’s “The Worst Person in the World,” the strong showing for Japan’s “Drive My Car” in other categories may be too high of a hurdle to overcome.

The Cinderella story for “Drive My Car” has been one of the award season’s most enlightening. The Japanese submission nabbed noms for best picture, international feature director and adapted screenplay. In addition, it became the eighth film in Oscar history to be nominated for the best picture and international categories.

The Oscars have (mostly) demonstrated the tendency to “fall in line” when selecting a winner in many categories. Still, the “Worst Person” curveball of popping up in the original screenplay category for co-scribes Joachim Trier (who also directs) and Eskil Vogt has offered a possibility for an upset. But, of course, it also helps that the Norwegian film was publicly lauded and praised by Judd Apatow, Dakota Johnson and even Trier’s own original screenplay competitor, Paul Thomas Anderson.

A few similar ceremonies could offer clues to potential upsets. For example, Mexico’s “Pan’s Labyrinth” (2006) from Guillermo del Toro, nominated for six Academy Awards and winner of three (production design, cinematography and makeup — the second most of the night for any film) — didn’t walk away with the international race it seemed “locked” to win. Instead, Germany’s “The Lives of Others” from Florian Henckel von Donnersmarck took home the prize that year, despite “Pan” also having a nom in original screenplay. There’s also the year France’s “Amélie” from Jean-Pierre Jeunet, with an impressive five total noms — the most of any film that didn’t have a nomination for best picture — lost to Bosnia & Herzegovina’s war film “No Man’s Land” from Danis Tanović.

However, the film would have been helped immensely by winning best lead actress at BAFTA for Renate Reinsve, who lost the prize to Joanna Scanlen (“After Love”).

It can be suggested that the European votes are being split between Norwayand Denmark’s “Flee,” and Italy’s “The Hand of God,” which keeps Hamaguchi’s film in the driver’s seat (no pun intended).

The surprise inclusion of “Lunana: A Yak in the Classroom” has also raised speculation that it could be a spoiler waiting in the wings. The upset could be eerily reminiscent of when Japan’s “Departures” won the prize over France’s “The Class” and Israel’s “Waltz With Bashir,” another animated documentary, which was the first nomination of its kind.

Although it’s close, sticking with the best picture nominee is the safest choice.

Will win: “Drive My Car” from Japan

Could win: “The Worst Person in the World” from Norway

Should win: “Flee” from Denmark

Should have been here: “Titane” from France

The Academy Awards, better known as the Oscars, is Hollywood’s most prestigious artistic award in the film industry. Italy is the most winning country in the category’s history, with France right behind.