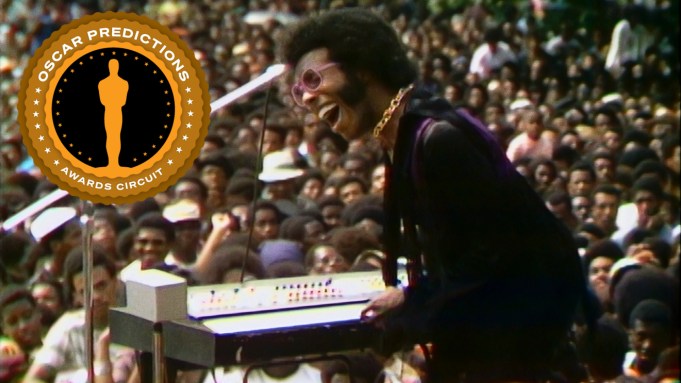 The race for documentary feature has been Questlove’s to lose for quite some time, as long as he managed to capture the nom.

Looking back on the last 20 years, once the field is ultimately established, there hasn’t typically been an upset victor in this category. Instead, the Academy has primarily fallen in line with the consensus choice. Four days before final Oscar voting opened, the PGA and BAFTA prizes for documentary feature sure helped a ton.

But in an awards season where 94 years of Oscar statistics are looking like they’re about to crumble, we have to be open to the possibility of a shocker. Stanley Nelson won the DGA award for Showtime’s “Attica,” and it’s a film that has a passionate base, but it’s hard to know if enough voters have seen it. Notably, if “Attica” does win, co-director Tracy A. Curry will become the first Black woman to win this category.

And then there’s Jonas Poher Rasmussen’s “Flee,” nominated in two other categories for animated feature and international feature, the first of its kind to land three noms in those spaces. This has been the hardest nomination for the Neon-distributed movie to secure, but also its biggest shot at a win if it can overtake the feel-good nature of “Summer of Soul.”

Jessica Kingdon’s “Ascension” and Rintu Thomas’ “Writing With Fire” have pockets of support, but remain dark horses in the category.

When in doubt, go with the critical darling.

Will win: “Summer of Soul (Or, When The Revolution Could Not Be Televised)” (Hulu/Searchlight Pictures) – Ahmir “Questlove” Thompson, Joseph Patel, Robert Fyvolent and David Dinerstein

The Academy Awards, better known as the Oscars, is Hollywood’s most prestigious artistic award in the film industry. The most awarded films in Oscar history are “Ben-Hur,” “Titanic” and “The Lord of the Rings: The Return of the King” at 11 statuettes. The most nominated films in Academy history are “All About Eve,” “Titanic” and “La La Land” at 14. “La La Land” is the only film of the three to have lost best picture. The most prominent Oscar “losers,” meaning most nominated and walk away with zero awards, are 1977’s “The Turning Point” and 1985’s “The Color Purple” at 11 each.