Final Oscars Predictions: Best Director — Is the Race Campion vs. Spielberg Part Two, but With a Different Outcome? 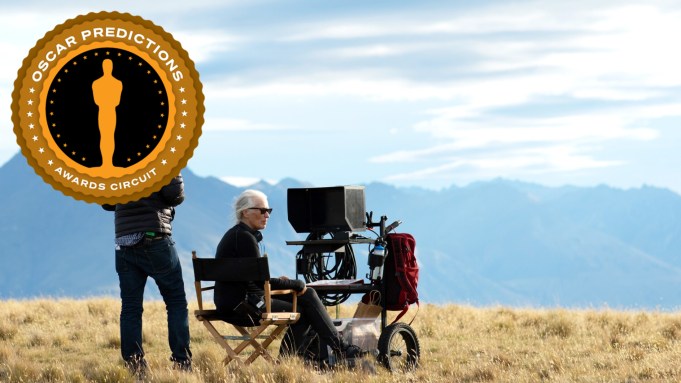 For most of the awards season, the race for best director has looked to be Jane Campion’s to lose for western drama “The Power of the Dog.” As the first woman to be nominated for directing twice, the respect and adoration for Campion on the circuit has been apparent, and distributor Netflix seized that opportunity at every festival, conversation and awards ceremony. One year after Chloé Zhao became the second woman to win for “Nomadland” (2020), it was looking like we would have two consecutive years of woman filmmakers winning the category.

Much of this was heightened by an agreed-upon alternative. Despite a sudden surge for Apple Original Films’ “CODA,” the film’s director Sian Heder wasn’t nominated and therefore can’t “spoil.”

But there’s the obvious question surrounding the backlash for Campion following her acceptance speech at the Critics Choice Awards and whether it has impacted voting. Initially, it seemed to be contained within the walls of Film Twitter, but it was surprising how many of the voting members referenced it in our chats about the year’s films. Perhaps not enough to make a difference between Campion winning or losing, but it could have cost critical “Power” votes in other categories.

From conversations with voters, Kenneth Branagh has much support for his personal drama “Belfast” and Steven Spielberg for his musical remake of “West Side Story.”

In the case of the latter, at both the DGA Awards and PGA Awards Breakfast, the two-time director of “Schindler’s List” (1993) and “Saving Private Ryan” (1998) was acknowledged and thanked by all of his fellow nominees for his contributions to cinema. At 75, the industry becomes nostalgic about one of the “Mount Rushmore” filmmakers and inarguably the best-known director of his time.

Campion lost her first Oscar nom for directing “The Piano” (1993) to Spielberg, and they look to be squared up once again but with a likely different outcome. With 12 nominations for “Power,” the question regarding how many statuettes it will win has been bubbling for weeks. Projected to win director only, Campion would be the first since Mike Nichols for “The Graduate” (1967) to win this category solely.

Of the 93 previous Oscar years, the winners for best picture and director have gone to different films 26 times, five of which have been in the last decade.

Will win: Jane Campion, “The Power of the Dog” (Netflix)

Should win: Jane Campion, “The Power of the Dog” (Netflix)

The Academy Awards, better known as the Oscars, is Hollywood’s most prestigious artistic award in the film industry. The most awarded films in Oscar history are ” Ben-Hur,” “Titanic” and “The Lord of the Rings: The Return of the King” at 11 statuettes. The most nominated films in Academy history are “All About Eve,” Titanic” and “La La Land” at 14. “La La Land” is the only film of the three to have lost best picture. The most nominated films to not win a single Oscar have been “The Turning Point” (1977) and “The Color Purple” (1985), with 11 losses each. John Ford has the most wins in this category with four, with Frank Capra and William Wyler behind with three trophies each. Wyler has the most nominations of any director with 12, and Martin Scorsese is the closest to him is tally at nine. Clint Eastwood is the oldest winner in Oscar history at 74 when he won for “Million Dollar Baby” (2004), while the record for the oldest nominee is John Huston at 79 when he was nominated for “Prizzi’s Honor” (1985). The youngest winner in history is Damien Chazelle for “La La Land” (2016) at 32, while John Singleton holds the distinction for being the youngest nominee at 24 when he was shortlisted for “Boyz N in the Hood” (1991).

The Academy Awards, better known as the Oscars, is Hollywood’s most prestigious artistic award in the film industry. Since 1927, nominees and winners have been selected by members of the Academy of Motion Picture Arts and Sciences (AMPAS). Seventeen branches are represented within the near 10,000 person membership. The branches are actors, associates, casting directors, cinematographers, costume designers, directors, documentary, executives, film editors, makeup and hairstylists, marketing and public relations, members-at-large, members-at-large artists” representatives), music, producers, production design, short films and feature animation, sound, visual effects and writers.