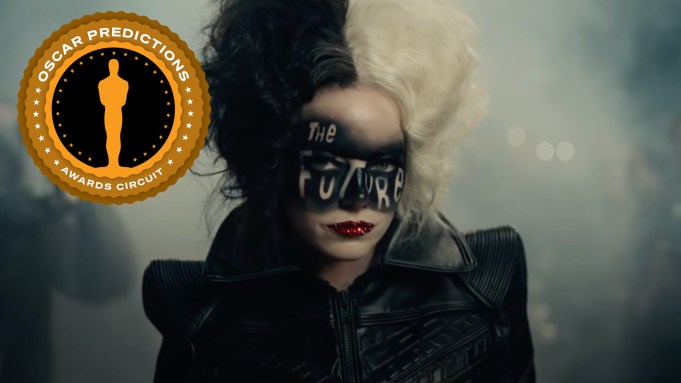 Jenny Beavan has won nearly everything under the sun for her work on “Cruella.” What would the upset pick be?

Ariana DeBose, who is the frontrunner for best supporting actress, may be helping Paul Tazewell, the first Black man ever to be nominated in this category. Signature outfits go far in this category and who can forget DeBose’s stunning yellow dress.

The Academy Awards, better known as the Oscars, is Hollywood’s most prestigious artistic award in the film industry. The most awarded films in Oscar history are “Ben-Hur,” “Titanic” and “The Lord of the Rings: The Return of the King” at 11 statuettes. The most nominated films in Academy history are “All About Eve,” “Titanic” and “La La Land” at 14. “La La Land” is the only film of the three to have lost best picture. The biggest Oscar “losers,” meaning most nominated and walk away with zero awards, are 1977’s “The Turning Point” and 1985’s “The Color Purple” at 11 each. John Ford has the most wins in this category with four, with Frank Capra and William Wyler behind with three. Wyler has the most nominations of any director with 12, with Martin Scorsese next in line with nine.

The Academy Awards, better known as the Oscars, is Hollywood’s most prestigious artistic award in the film industry. Since 1927, nominees and winners have been selected by members of the Academy of Motion Picture Arts and Sciences (AMPAS). 17 branches are represented within the near 10,000 person membership. The branches are actors, associates, casting directors, cinematographers, costume designers, directors, documentary, executives, film editors, makeup and hairstylists, marketing and public relations, members-at-large, members-at-large (artists’ representatives), music, producers, production design, short films and feature animation, sound, visual effects and writers.