Other contenders include "The Power of the Dog," "Nightmare Alley," "CODA," "Passing" and "Dune." 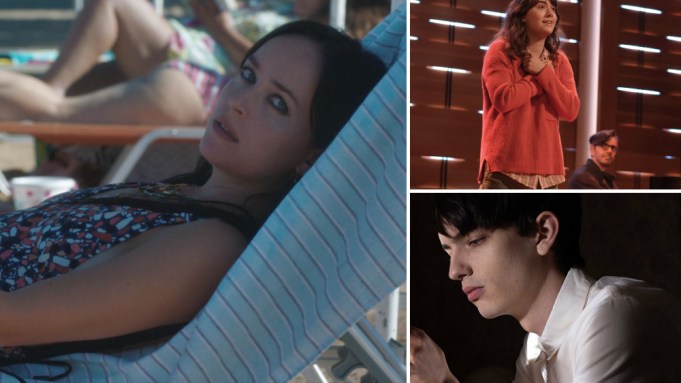 AWARDS PREDICTION COMMENTARY: In the case of “Power of the Dog” Campion has thrown down the gauntlet and orchestrated the best film of her impressive career, even surpassing “The Piano,” for which she became the second woman to be nominated for directing. Judging by the reception, the film performed fairly well for festivalgoers and could be the ace in the hole for Netflix for awards season. If Campion is nominated for directing, she would be the first woman to return for a second nom. Kathryn Bigelow famously was snubbed for “Zero Dark Thirty” (2012) after winning for “The Hurt Locker” (2009).

With one of Campion’s larger budgets, she makes every dollar count. Production design, cinematography, costumes, editing and sound are all on the table. Composer Jonny Greenwood could have himself a double mention on Oscar nominations morning since he did the music for “Spencer” with Kristen Stewart, which also played at the fest.

In regards to Gyllenhaal’s debut feature, the dense and heavy material showcases her talents as a filmmaker and storyteller. As we continue to see many of our gifted actresses taking the helm behind the camera — such as Regina King (“One Night in Miami”) or later this year Halle Berry (“Bruised”) – it’s an exciting landscape for interesting stories to be told. “The Lost Daughter” could make inroads in adapted screenplay, with its exploration of themes surrounding motherhood and society’s expectations of a woman’s place in it.

The cast is dynamic, with Academy Award winner Olivia Colman (“The Favourite”) leading the charge. One year after coming close to nabbing her second for “The Father,” she could be a competitive force once again. Similar to her winning turn in “The Favourite,” she’s not a clear leading candidate, especially if the plan is to campaign her co-star Jessie Buckley, who portrays the younger version of Colman’s character, in the supporting actress category.

The Academy Awards, better known as the Oscars, is Hollywood’s most prestigious artistic award in the film industry. The most awarded films in Oscar history are “Ben-Hur,” “Titanic” and “The Lord of the Rings: The Return of the King” at 11 statuettes. The most nominated films in Academy history are “All About Eve,” “Titanic” and “La La Land” at 14. “La La Land” is the only film of the three to have lost best picture. The biggest Oscar “losers,” meaning most nominated and walk away with zero awards, are 1977’s “The Turning Point” and 1985’s “The Color Purple” at 11 each. Only nine writers have won best adapted screenplay twice – Robert Bolt, Francis Ford Coppola, Ruth Prawer Jhabvala, Joseph L. Mankiewicz, Alexander Payne, Mario Puzo, Michael Wilson, Alvin Sargent and George Seaton. Billy Wilder had the most nominations with seven, with John Huston close behind with six. James Ivory is the oldest nominee and winner ever for “Call Me by Your Name” at 89 while Joseph L. Mankiewicz is the youngest nominee ever at 22 for “Skippy,” with Charlie Wachtel being the youngest winner at 32 for “BlacKkKlansman.” The most recent winner is Florian Zeller for “The Father.”