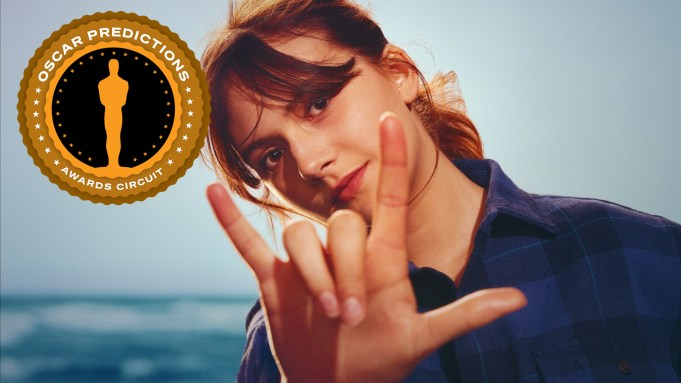 For the majority of the awards season, no matter where you stood on the overall chances for Jane Campion’s “The Power of the Dog,” an eventual statue for her in adapted screenplay seemed easily attainable. Aside from receiving fantastic reviews and over 30 precursor wins, she would also become the first woman to triumph in both screenplay categories, with another potential statue to go along with her Oscar for “The Piano” (1993). But then came the surge for “CODA.”

The family drama from writer and director Siân Heder has been the Cinderella story of awards season, overcoming insurmountable odds to remain in the conversation and build an organic support system that could bring the title of “first streamer to win best picture” to Apple. Walking into the Dolby Theatre doors with the winning combination of SAG and PGA are huge benefactors for any film. Now, with WGA, due to its fellow nominees “Drive My Car,” “The Lost Daughter” and “Power” ineligible, it won in a walk.

The BAFTA win is the most significant since “The Power of the Dog” should have won that prize easily with the voting demographic from across the pond.

This was until Japan’s “Drive My Car” from director and co-writer Ryusuke Hamaguchi and Takamasa Oe landed in four huge categories, including best picture. There’s nothing the Academy loves more than an underdog. While original screenplay heavily favors high-art concepts, this category has shown love for films that can’t muster recognition elsewhere in a significant way, such as “Jojo Rabbit” (2019). There are also past winners like “Gods and Monsters” (1998) and “Sling Blade” (1996) that defied expectations, overthrowing best picture nominees and winners like “The Thin Red Line” and “The English Patient.”

There have been 20 non-English language films nominated in adapted screenplay before “Drive My Car,” which is far fewer than the 66 nominated for original screenplay, including this year’s “The Worst Person in the World” from Norway. The new international bloc has been making its presence known. The Academy could rally behind another film, especially if they feel like they’ve already checked off Jane Campion’s name twice in best picture (as a producer) and director. This seemed to be the case last year, with “Nomadland” Chloé Zhao.

The Academy Awards, better known as the Oscars, is Hollywood’s most prestigious artistic award in the film industry. The most awarded films in Oscar history are “Ben-Hur,” “Titanic” and “The Lord of the Rings: The Return of the King” at 11 statuettes. The most nominated films in Academy history are “All About Eve,” “Titanic” and “La La Land” at 14. “La La Land” is the only film of the three to have lost best picture. The most significant Oscar “losers,” meaning most nominated and walk away with zero awards, are 1977’s “The Turning Point” and 1985’s “The Color Purple” at 11 each. Only nine writers have won best adapted screenplay twice – Robert Bolt, Francis Ford Coppola, Ruth Prawer Jhabvala, Joseph L. Mankiewicz, Alexander Payne, Mario Puzo, Michael Wilson, Alvin Sargent and George Seaton. Billy Wilder had the most nominations with seven, with John Huston close behind with six. James Ivory is the oldest nominee and winner ever for “Call Me by Your Name” at 89. At the same time, Joseph L. Mankiewicz is the youngest nominee ever at 22 for “Skippy,” with Charlie Wachtel being the youngest winner at 32 for “BlacKkKlansman.” The most recent winner is Florian Zeller for “The Father.”