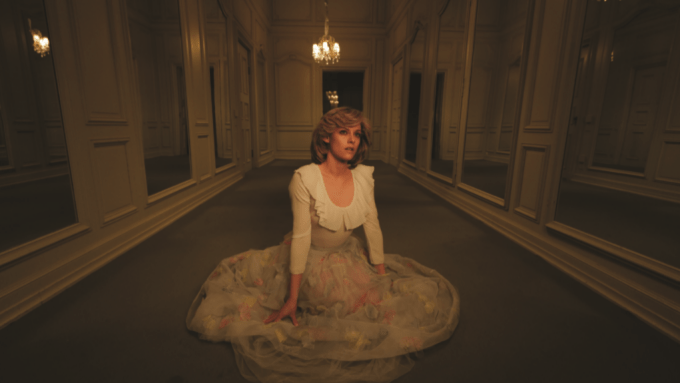 AWARDS PREDICTION COMMENTARY: What a difference a week can make, eh? What was originally presumed to be a possible runaway for Kristen Stewart in “Spencer,” a detrimental SAG snub has turned this race upside down. Add in Nicole Kidman’s Golden Globe win for “Being the Ricardos” on the drama side, with Rachel Zegler’s on comedy/musical, who was also omitted from the Globes, we have an interesting race manifesting. That type of fluidity could create a very different looking lineup a la best actress 2003 that included shockers like Keisha Castle-Hughes for “Whale Rider” and Samantha Morton for “In America.”

A previous Oscar-winner for “The Hours,” Kidman, who’s never won a SAG award, could be the leading candidate in a field that has many divided films. The Aaron Sorkin drama that focuses on a single week during the taping of “I Love Lucy,” could be the easiest selection for the branch members to make since it covers their favorite subject – Hollywood.

Jessica Chastain (“The Eyes of Tammy Faye”) and Olivia Colman (“The Lost Daughter”) are also incredibly respected within the acting community and should be able to sail through the nominations. That leaves Lady Gaga (“House of Gucci”), Alana Haim (“Licorice Pizza”), Jennifer Hudson (“Respect”), Stewart and Zegler for the remaining spots. All of them have their pros and cons, with their own campaign hurdles to clear. Pay close to attention to the next few weeks.

The Academy Awards, better known as the Oscars, is Hollywood's most prestigious artistic award in the film industry. The most awarded films in Oscar history are "Ben-Hur," "Titanic" and "The Lord of the Rings: The Return of the King" at 11 statuettes. The most nominated films in Academy history are "All About Eve," "Titanic" and "La La Land" at 14. "La La Land" is the only film of the three to have lost best picture. The most prominent Oscar "losers," meaning most nominated and walk away with zero awards, are 1977's "The Turning Point" and 1985's "The Color Purple" at 11 each. Katharine Hepburn has the most awards in this category with four.

In contrast, 13 women have won two each - Ingrid Bergman, Bette Davis, Sally Field, Jane Fonda, Jodie Foster, Olivia de Havilland, Glenda Jackson, Vivien Leigh, Frances McDormand, Luise Rainer, Meryl Streep, Hilary Swank and Elizabeth Taylor. Streep has the most nominations in this category with 17, Hepburn has 12, and Davis has 10. The oldest winner is Jessica Tandy at 80 for "Driving Miss Daisy," The oldest nominee is Emmanuelle Riva at 85 for "Amour." The youngest winner at 21 is Marlee Matlin ("Children of a Lesser God"), and the youngest nominee at 9 is Quvenzhané Wallis ("Beasts of the Southern Wild").