Emmy Predictions: Writing (Comedy) – ‘Abbott Elementary’ and ‘Only Murders in the Building’ Battle to Join the List of Pilot Episode Winners 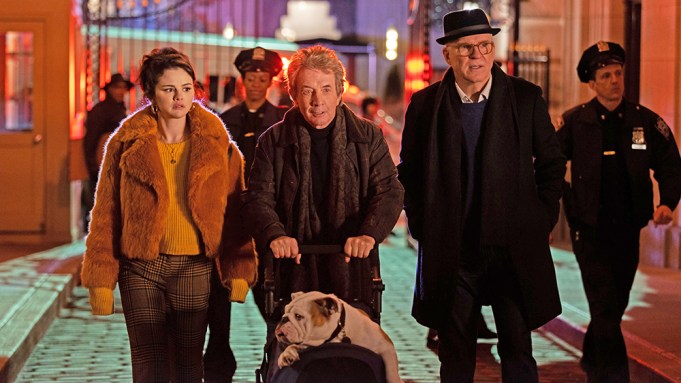 Pilot episodes are typical favorites here seen with past winners like “Hacks” last year. That puts the first episode of “Only Murders in the Building” in the thick of the race and also serves as a way to have Steve Martin on stage if they can’t pull the trigger in the lead actor comedy category.

Triple nominated, this could be the best place to reward Quinta Brunson, similar to Michaela Coel’s win last year for “I May Destroy You.” Brunson would also be the third Black person, and second Black woman, to win writing comedy after Larry Wilmore (“The Bernie Mac Show”) and Lena Waithe (“Master of None”).

The episode “710N” from “Barry” is also nominated for directing, and it’s one of the few spots that “Barry” is competitive outside of lead actor comedy for Hader. The episode “starting now” is another Hader special, and is also in the mix. However, in a race this close, a potential vote split could provide a significant disadvantage.

Last year’s winners for “Hacks” are back, and if the HBO Max series is actively making a play to win the top series race, this will be an essential pickup in the evening. This race could be the indicator of which show will be winning comedy.

“Ted Lasso” lost this race last year, and the Apple series is back for another swing at the bat. Interestingly, this seems like its hardest win to attain this year, given the competition but stranger things have happened.

Not one for but two jaw-droppers for the FX vampire comedy “What We Do in the Shadows.” However, despite the comedy series nom, it looks likely to sit out victories in all of its nominations. Previous nominee Robinson is now the most nominated Black woman in the category’s history, after becoming the first to be double nominated a few years ago. Let her reign continue.

The 74th Primetime Emmy Awards will take place on Monday, Sept. 12, and air on NBC.

2021 category winner: Lucia Aniello, Paul W. Downs and Jen Statsky for the episode “There Is No Line” from “Hacks” (HBO Max)

The Primetime Emmy Awards, better known as the Emmys, are given out by the Academy of Television Arts & Sciences (ATAS). Since 1949, the awards have recognized excellence in American primetime television programming. They are divided into three classes – Primetime Emmy Awards, the Primetime Creative Arts Emmy Awards (honors artisan achievements), and the Primetime Engineering Emmy Awards (recognizes significant engineering and technological contributions). The typical eligibility period is between June 1 and May 31 of any given year. The Television Academy comprises over 25,000 members, representing 30 professional peer groups, including performers, directors, producers, art directors and various artisans and executives.