Looking for its first nomination is “Late Night with Seth Meyers.” The NBC talker has picked up four writing noms, and its first directing mention last year; however, it’s criminal that the show itself has yet to be recognized in the variety talk series category, despite over 1,300 episodes since 2013. Given the added boosts from his short-form outings including “Corrections.” It’s time to invite him to the dance.

Nineteen shows were submitted for outstanding variety talk series, which interestingly includes “Conan,” which had its final 12 episodes air at the top of the eligibility period between June 7-24. The show received its first nomination last year, which played off its final season campaign, but can the same thing work again? Perhaps a bit of help from his guest actor (comedy) submission for Netflix’s “Murderville” will help.

Although the field is smaller, the variety talk series category will have four nominees, just missing the threshold of 20 that’s required for five. That makes things even more competitive. 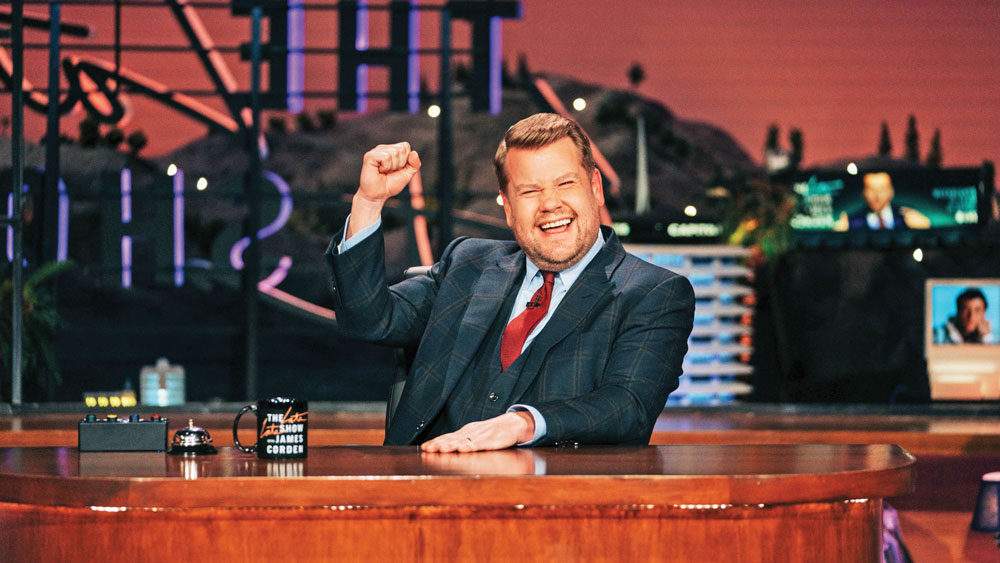 For the past eight years, James Corden’s 1,000- plus-episode run on CBS has been one of delight, charm, memorable moments and “Carpool Karaoke.” “The Late Late Show with James Corden” has not been nominated since 2019 and with Corden exiting in 2023, he may draw Emmy voters looking to honor him in his farewell tour.

Comedy Central’s flagship program has been trying to find itself throughout the pandemic. Nonetheless, the Emmys have nominated “The Daily Show with Trevor Noah” since 2018 with the sharp comedian at the helm, and it could be able to land a spot once again, especially with the congressional hearings on the Jan. 6, 2021, attack on the Capitol fueling the news that the show thrives on. However, being one of the last to bring back a live audience, might have worked against it nabbing more viral attention.

With seven seasons and more than 200 episodes under her belt, the genius of “Full Frontal with Samantha Bee” has remained consistently astute, bringing something authentic to the late-night talk domain. Coming off a miss last year in this category, she can hopefully return to the race, and perhaps the TBS series can even pick up a statue or two. The last win for the show was in 2017.

“The Late Show With Stephen Colbert” has earned 18 Emmy noms since its 2015 debut as well as other accolades such as a Peabody Award. But the top prize for variety talk series has eluded “The Late Show” even as Stephen Colbert has remained present and enjoyable consistently over the past seven seasons. No question, he’s a contender again this year.

Nine seasons, 252 episodes and 23 Primetime Emmy Awards later, “Last Week Tonight with John Oliver” has been a dominating force on the Emmy circuit, besides winning Peabody, PGA and WGA prizes. With the exception of his inaugural year in 2015, Oliver’s show has won every year including last year’s ceremony. There are no signs of that slowing down just yet.

ABC’s “Jimmy Kimmel Live!” has also been a staple in this category, receiving a nomination every year since 2015. With less nomination slots, will that streak come to an end?

Speaking of the shows never recognized, how much longer do we have to wait to finally see Showtime’s “Desus & Mero” in the lineup? Asking for a friend.

The nomination round of voting runs from June 16 to June 27. The official nominations for the 74th Emmy Awards will be announced Tuesday, July 12.

The Primetime Emmy Awards, better known as the Emmys, are given out by the Academy of Television Arts & Sciences (ATAS). Since 1949, the awards have recognized excellence in American primetime television programming. They are divided into three classes - Primetime Emmy Awards, the Primetime Creative Arts Emmy Awards (honors artisan achievements), and the Primetime Engineering Emmy Awards (recognizes significant engineering and technological contributions). The typical eligibility period is between June 1 and May 31 of any given year. The Television Academy comprises over 25,000 members, representing 30 professional peer groups, including performers, directors, producers, art directors and various artisans and executives.