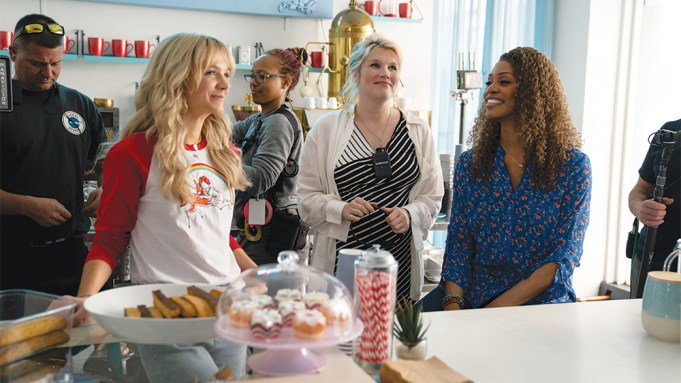 AWARDS PREDICTION COMMENTARY: Despite winning the Golden Globe for best screenplay, Aaron Sorkin hasn’t been able to win elsewhere. With BAFTA, Critics Choice and WGA in hand, Emerald Fennell is poised to become the second solo female winner of this category after Diablo Cody for “Juno” (2007).

Will win: “Promising Young Woman” – Emerald Fennell
Could win: “The Trial of the Chicago 7” – Aaron Sorkin
Should win: “Minari” – Lee Isaac Chung
Should have been here: “The Forty-Year-Old Version” – Radha Blank

The Academy Awards, better known as the Oscars, is Hollywood’s most prestigious artistic award in the film industry. The most awarded films in Oscar history are “Ben-Hur,” “Titanic” and “The Lord of the Rings: The Return of the King” at 11 statuettes. The most nominated films in Academy history are “All About Eve,” “Titanic” and “La La Land” at 14. “La La Land” is the only film of the three to have lost best picture. The biggest Oscar “losers,” meaning most nominated and walk away with zero awards, are 1977’s “The Turning Point” and 1985’s “The Color Purple” at 11 each. Woody Allen has the most wins in original screenplay with three and nominations at 16. Charles Brackett, Paddy Chayefsky, Quentin Tarantino and Billy Wilder have all won twice. Federico Fellini is the second most nominated writer with six nominations.