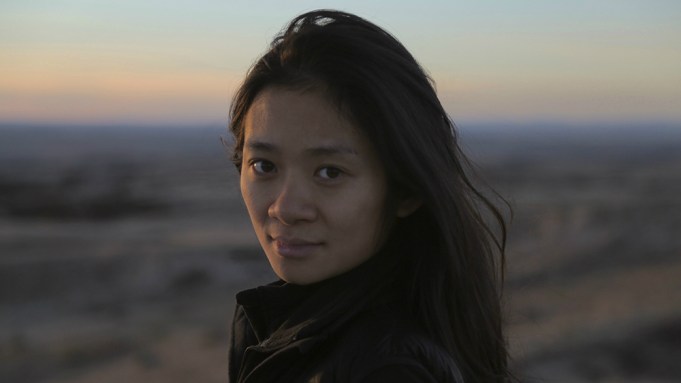 AWARDS PREDICTION COMMENTARY: Winner of the Critics Choice, Golden Globe and DGA awards, Zhao has been unstoppable. No matter what upsets could be creeping up in picture, she seems assured this prize, which is one of her four nominations.

The Academy Awards, better known as the Oscars, is Hollywood’s most prestigious artistic award in the film industry. The most awarded films in Oscar history are “Ben-Hur,” “Titanic” and “The Lord of the Rings: The Return of the King” at 11 statuettes. The most nominated films in Academy history are “All About Eve,” “Titanic” and “La La Land” at 14. “La La Land” is the only film of the three to have lost best picture. The biggest Oscar “losers,” meaning most nominated and walk away with zero awards, are 1977’s “The Turning Point” and 1985’s “The Color Purple” at 11 each. John Ford has the most wins in this category with four, with Frank Capra and William Wyler behind with three. Wyler has the most nominations of any director with 12, with Martin Scorsese next in line with nine. Clint Eastwood was the oldest winner in Oscar history at 74 when he won for “Million Dollar Baby” (2004), while the oldest nominee ever is John Huston at 79 when he was nominated for “Prizzi’s Honor.” The youngest winner in history is Damien Chazelle for “La La Land” (2016) at 32, while John Singleton was the youngest nominee of all-time at 24 when he was shortlisted for “Boyz N in the Hood.” (1991)