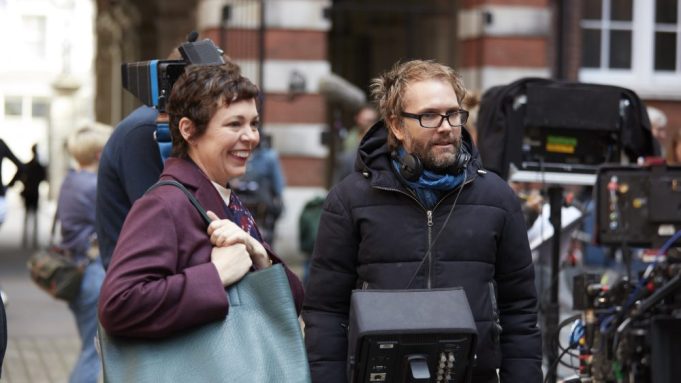 AWARDS PREDICTION COMMENTARY: Conventional wisdom says “Nomadland” will add this to its winning night, but BAFTA spoke otherwise. With six noms, “The Father” could pick up a prize somewhere, and Christopher Hampton’s legacy will help the first-time director and co-screenwriter Florian Zeller nab a win for Sony Pictures Classics.

While not bold enough to predict a Hopkins upset officially, let’s consider this a signal that before you submit your Oscar pool, take a few facts into account. Zeller’s French play “Le Père” is immensely popular in Europe, where many AMPAS members are. Co-adapting the film with scribe Christopher Hampton, the Oscar-winning writer of “Dangerous Liaisons” (1989), his legacy and respect for the 75-year-old runs deep. Adapted screenplay is a category that the film can easily pick up with what I call the “too much love as I go down the ballot” method. This means that a voter who checked off “Nomadland,” Zhao and perhaps even its star Frances McDormand in best actress, gets to the adapted screenplay category and says something similar to what one member of the writer’s branch states: “I voted for Chloe twice, and I want to spread the wealth a bit, especially in this year.” That way of thinking could be a tipping point that benefits Hampton and Zeller.

The Academy Awards, better known as the Oscars, is Hollywood’s most prestigious artistic award in the film industry. The most awarded films in Oscar history are “Ben-Hur,” “Titanic” and “The Lord of the Rings: The Return of the King” at 11 statuettes. The most nominated films in Academy history are “All About Eve,” “Titanic” and “La La Land” at 14. “La La Land” is the only film of the three to have lost best picture. The biggest Oscar “losers,” meaning most nominated and walk away with zero awards, are 1977’s “The Turning Point” and 1985’s “The Color Purple” at 11 each. Only nine writers have won best adapted screenplay twice – Robert Bolt, Francis Ford Coppola, Ruth Prawer Jhabvala, Joseph L. Mankiewicz, Alexander Payne, Mario Puzo, Michael Wilson, Alvin Sargent and George Seaton. Billy Wilder had the most nominations with seven, with John Huston close behind with six. James Ivory is the oldest nominee and winner ever for “Call Me by Your Name” at 89 while Joseph L. Mankiewicz is the youngest nominee ever at 22 for “Skippy,” with Charlie Wachtel being the youngest winner at 32 for “BlacKkKlansman.”