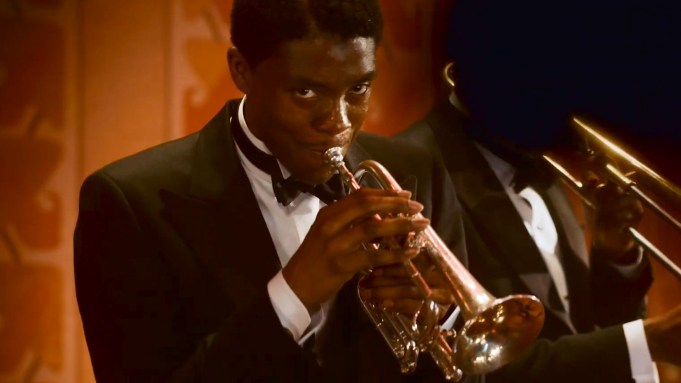 AWARDS PREDICTION COMMENTARY: While Anthony Hopkins won the BAFTA, Chadwick Boseman looks to have just enough to take this trophy. The actor, who died last August of cancer at 43, will follow Peter Finch (“Network”), the only previous posthumous winner in the category. Based on multiple conversations with voters, there was a palpable surge for Florian Zeller’s “The Father” from Sony Pictures Classics. The film had been assumed to be teetering before the nominations announcement, but garnered six nominations, including in unexpected categories like production design and editing. The BAFTA Awards gave the film two wins — best actor for Hopkins and adapted screenplay. For most of the season, it’s been assumed that the Oscar for best actor was the late Boseman’s awards to lose. It may not be as clear as it once seemed.

The Academy Awards, better known as the Oscars, is Hollywood’s most prestigious artistic award in the film industry. The most awarded films in Oscar history are “Ben-Hur,” “Titanic” and “The Lord of the Rings: The Return of the King” at 11 statuettes. The most nominated films in Academy history are “All About Eve,” “Titanic” and “La La Land” at 14. “La La Land” is the only film of the three to have lost best picture. The biggest Oscar “losers,” meaning most nominated and walk away with zero awards, are 1977’s “The Turning Point” and 1985’s “The Color Purple” at 11 each. Daniel Day-Lewis has the most wins in this category with three, while Marlon Brando, Gary Cooper, Tom Hanks, Dustin Hoffman, Fredric March, Jack Nicholson, Sean Penn and Spencer Tracy all have two each. Tracy and Sir Laurence Olivier have the most nominations in this category, with nine. Henry Fonda is currently the oldest winner at 76 for “On Golden Pond,” while Richard Farnsworth is the oldest nominee at 79 for “The Straight Story.” Adrien Brody is the youngest winner ever for “The Pianist” at 29, while Jackie Cooper is the youngest nominee ever for “Skippy” at 9.