Continue to Variety SKIP AD
You will be redirected back to your article in seconds
Jun 3, 2021 12:08am PT 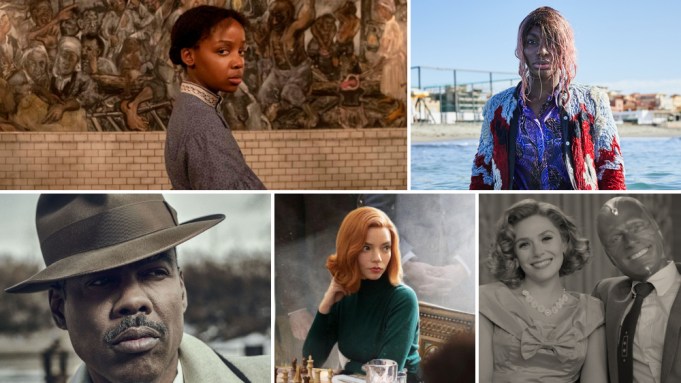 AWARDS PREDICTION COMMENTARY: Aretha Franklin is a beloved figure and National Geographic has demonstrated a smart ability to navigate the Emmys with the “Genius” anthology series, picking up nominations for both of its first two installments, “Einstein” and “Picasso.” Under the rule of Cynthia Erivo, who shines amazingly, “Genius: Aretha” could slide its way into a field that is very competitive and produce a Top 5 that could be within votes of one another.

Only Academy Award winner Barry Jenkins could make the worst moments of our history look so beautiful. That’s what we get in “The Underground Railroad” when he continues to work with his holy trinity of collaborators including cinematographer James Laxton, composer Nicholas Britell and editor Joi McMillon. Additionally, he gifts the world Thuso Mbedu as Cora, which mimics the coming of Lupita Nyong’o in “12 Years a Slave.” Amazon has the eye on the prize with this adaptation of Colson Whitehead’s beloved novel and, with a savvy enough campaign, the limited series could go the distance. Let’s just hope enough voters give it the full consideration it deserves and watch the entire series.

The critically acclaimed “The Queen’s Gambit” has steamrolled through the televised award shows thus far, picking up wins from the Golden Globes and Critics Choice ceremonies, with a major prize for star Anya Taylor-Joy at the SAG Awards (They don’t have a cast ensemble category for limited series). Momentum matters, and Netflix still may be able to build upon those accolades at the Emmys.

The “Mare of Easttown” finale was one of the biggest events of television this year. Star and Emmy winner Kate Winslet turned in one of the finest acting portrayals of her already esteemed career, but is helped by the cast that surrounds her, most notably Julianne Nicholson and Jean Smart. This could be one of the category’s dark horses.

Steve McQueen’s acclaimed “Small Axe” was so loved by critics, that even film associations gave their top prize including the prestigious LAFCA. Hopefully not muddied with that messaging, the series is still in the thick of the race and could plead its case for its historical richness and stellar performances throughout, most notably John Boyega, Shaun Parkes and Letitia Wright.

The eligibility period ends on May 31 before nomination-round voting begins on June 17, concluding on June 28. The Primetime Emmy nominations will be announced on Tuesday, July 13, 2021.

AND THE PREDICTED NOMINEES ARE:

NEXT IN LINE CONTENDERS:

The Primetime Emmy Awards, better known simply as the Emmys, is television’s most prestigious artistic award. There are many records held for both wins and nominations in the near eight decades.

This category has continually undergone rule changes and inceptions over the years, making it misleading to account for significant historical wins and nominations. “Prime Suspect” has the most wins in this category with three, while “American Crime Story” is right behind with two. The former also has the most nominations for a continuing series with five, while “American Horror Story” is close behind with four.