AWARDS PREDICTION COMMENTARY: This looks to be the year that the royal family period piece “The Crown,” which tied “The Mandalorian” for most noms this year with 24, finally walks away with the top prize. (It will also mark the first time the streamer wins a top series category.) Hot off the winter awards circuit with wins for individual performers, the ensemble and the series, this is the show to beat.

Netflix has chosen “Balmoral Test,” “Fairytale,” “Favourites,” “Terra Nullius,” “The Hereditary Principle” and “War” for its submission in this category.

The next chapter in “Star Wars” universe saga landed 24 nominations to co-lead the pack this year. This proves that genre series, which aren’t always embraced by the Television Academy, has real legs. After winning seven Emmys last year (all in Creative Arts categories), “The Mandalorian” stands to increase its number now, though taking this trophy is still a longer shot.

Wisely, the streaming service has put up the episodes “The Marshal,” “The Heiress,” “The Jedi,” “The Tragedy,” “The Believer” and “The Rescue” to secure its final Emmy votes.

“The Boys‘ ” nom is a shining example of what can be achieved with the right awards campaign strategy. After the first season mustered a single nom, the second received five. Its reviews were also considerably more robust, with additional viewrs discovering the show during the pandemic. But of the genre shows, it still may not be the noisiest, nor draw enough final votes to win.

The six episodes Amazon Prime Video submitted include the Season 2 premiere episode “The Big Ride,” along with “Over the Hill with the Swords of a Thousand Men,” “We Gotta Go Now,” “The Bloody Doors Off,” “Butcher, Baker, Candlestick Maker” and the finale, “What I Know.” 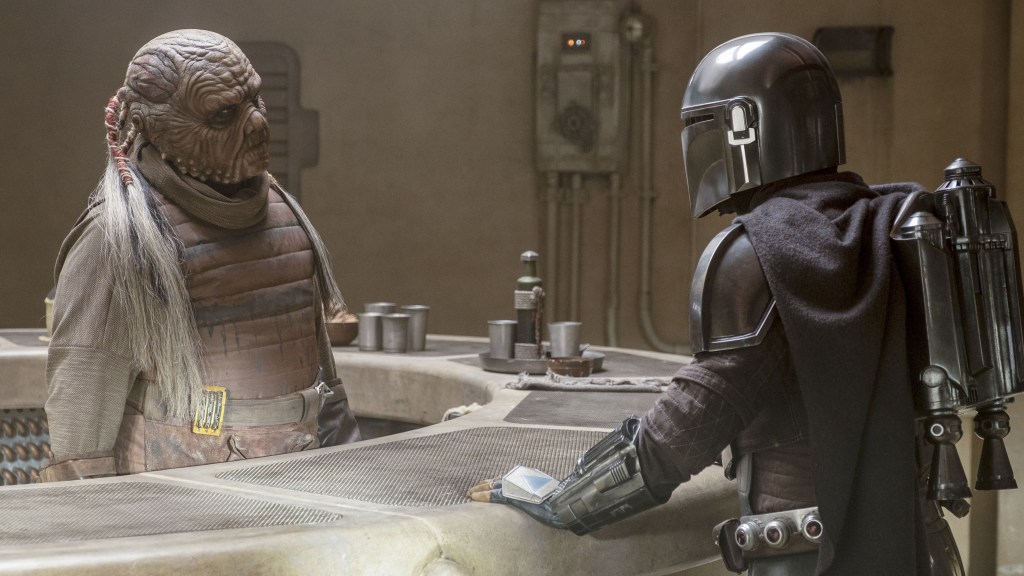 Misha Green’s genre-blending adaptation “Lovecraft Country” received 18 noms, even though it has been canceled by HBO. That unfortunate news kept the show top of mind, as did the fact that it is the first drama (along with “Pose”) to have two Black leads nominated at the same time. The show has consistently made headlines during campaign season, but that may not be enough.

“The Handmaid’s Tale,” the only previous winner in the race this year, pulled in an impressive 21 noms. Its story and performances felt refreshed in the fourth season, and that kept people talking as new episodes dropped weekly leading right up to the end of the eligibility period. Whether that momentum can be maintained is not a sure thing; voters will likely want to award a show for the first time instead.

The Hulu series has submitted the following episodes for the final round of voting: “The Crossing,” “Vows,” “Home,” “Testimony,” “Progress” and “The Wilderness.”

With the help of star Regé-Jean Page, freshman “Bridgerton” was a cultural phenomenon during the pandemic. Another example of a series that scored with critics and general TV binge-watchers alike, that organic buzz means something. But when it comes to Television Academy votes, that won’t be enough.

The six episodes submitted for the Phase 2 Emmy voting period are “Diamond of the First Water,” “Shock and Delight,” “Art of the Swoon,” “An Affair of Honor,” “The Duke and I” and “Swish.”

This nod for “This Is Us” is the fifth consecutive for the NBC family drama. Landing six noms (one more than in 2020), there is a push to get in as many accolades as possible before it’s too late as next year’s sixth and final season will be its last. But after so many years of sitting on the sidelines, it doesn’t seem likely to be called to bat now.

For its penultimate season, NBC has put forward the episodes “Forty: Part 1,” “Forty: Part 2,” “Birth Mother,” “In the Room,” “Brotherly Love” and “The Adirondacks.”

Ballroom culture period piece “Pose” returns to this ballot for its final season with an impressive nine noms overall (10 if you include its short-form spinoff). One also made history: Mj Rodriguez became the first transgender performer on a major acting ballot. The opportunity to set records and celebrate such an emotional run should see “Pose” scoring extra votes this time around.

For its final season, FX has submitted the episodes “On the Run,” “The Trunk,” “Take Me to Church,” “Something Borrowed, Something Blue,” “Something Old, Something New” and “Series Finale” for Emmy final voting.

There are four shows that have won this category three times: "The Defenders," "Dragnet," "Playhouse 90," which all won consecutively, and "Upstairs, Downstairs."