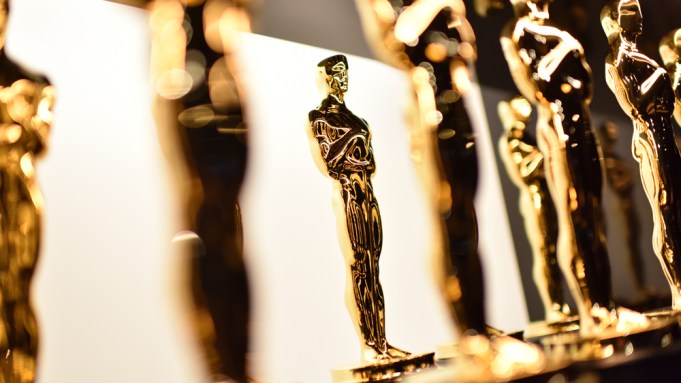 Martin Scorsese’s mob epic “The Irishman,” Quentin Tarantino’s ode to Los Angeles “Once Upon a Time in Hollywood” and Sam Mendes’ war drama “1917” followed close behind with 10 nods a piece. Those films, along with “Ford v Ferrari,” “Jojo Rabbit,” “Little Women,” “Marriage Story” and “Parasite” will compete for best picture.

Female filmmakers were entirely shut out of the best director race. Along with Phillips, the nominees include Scorsese for “The Irishman,” Mendes for “1917,” Tarantino for “Once Upon a Time in Hollywood” and Bong Joon Ho for “Parasite.”

In the running for best actor are Antonio Banderas for Pedro Almodovar’s “Pain and Glory,” Leonardo DiCaprio for “Once Upon a Time in Hollywood,” Adam Driver for “Marriage Story,” Joaquin Phoenix for “Joker,” and Jonathan Pryce for “The Two Popes.”

Phoenix and Zellweger are the two favorites for the top acting prizes.

Which nominee will take home the coveted best picture award? As of Sunday, the two frontrunners, per Variety’s Marc Malkin, were Sam Mendes’ “1917,” which took home the DGA and PGA award – often an indicator of the Oscars’ best picture winner – and Bong Joon Ho’s “Parasite,” one of the season’s most popular titles. But that doesn’t mean others, such as Taiki Waititi’s “Jojo Rabbit” or Quentin Tarantino’s “Once Upon a Hollywood” don’t have a chance. The Academy Awards have featured some major upsets in years past.

Read our final list of predictions for the Oscars.

The Academy Awards will air live Feb. 9 on ABC. Here’s how to watch Sunday’s Oscars.

Correction: A previous version of this story erroneously listed Nicholas Britell as a nominee in best score for “The King.”