‘The Bachelor’ Zach Shallcross Reveals ‘Very Happy’ Ending to His Season, Clears Up Rachel Split: ‘I Was So Shocked’ 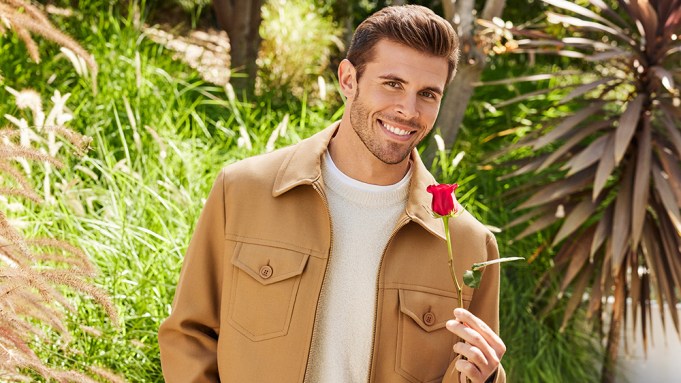 “The Bachelor” is back with its 27th season — yes, 27! — next week with a new leading man, Zach Shallcross.

Bachelor Nation knows Shallcross from last season of “The Bachelorette” where he was broken up with by Rachel Recchia in a shocking twist that left viewers (and Shallcross, himself) blindsided. Now, Shallcross is getting another chance at love when he stars as “The Bachelor” with 30 women vying for his heart.

“There’s a lot. It’s an emotional roller coaster. I’ll tell you that,” Shallcross says, teasing his season. “A lot happens — more than I could have ever imagined — but that is the beautiful part of how everything works out.”

Ahead of the Season 27 premiere on Monday, Shallcross gives Variety a preview of his season, revealing that he is “very happy” with how his journey ends. He also clarifies what exactly went down last season after the Fantasy Suites with Recchia on “The Bachelorette.”

Why do you think that they picked to you to be “The Bachelor”?

Good question. It was definitely a little surprising when I was reached out to by the producers. I was so grateful and happy. I think really what it came down to was the fact that, even prior to “The Bachelorette,” I decided in my life that I want to settle down and find my one person. I think that is kind of at the center of it all, that I just wanted to find my forever person and not focus on the BS that’s typically on the show – that being said, there’s still drama, of course. But I think they just really wanted someone that does take this seriously and doesn’t care for all the outside noise.

You said there is drama. Do you fall in love with more than one woman?

I am a firm believer that you can only have that one full love. I think there is that one person that you think of when you go to bed and when you wake up in the morning – that one forever love. Now I do think, though, to get there, especially in this unique situation, that your heart pulls you in different directions and you can have varying degrees of love. But one person that you do just love, that’s what I believe in.

I know you’re not going to tell me how this all ends, but are you happy?

OK. So there’s a happy ending this season?

Do you end up with anyone?

Do you propose to anyone?

Do you get your heart broken?

Do I get my heart broken? You’ll just have to tune in.

We see you crying in the promo. What can you tell me about those tears?

The one thing that fans will know or learn about me is I’m a guy that wears my heart on my sleeve. I don’t try to hide it. I’m an emotional guy. Those tears, it comes from a place of never wanting to really hurt anyone, and that’s a hard thing when you’re in this environment where it’s inevitable – like, people will be going home. Without giving too much away, the tears come from a place of just feeling for all the women involved and trying my best to navigate it.

You talk a lot about honesty and being upfront with all the women on your season. That’s something you say you did not experience with Rachel last season. Is that lack of honesty the reason the two of you broke up?

I would say it’s really the lack of communication … You need to have communication through it all. Tell me everything because I’ll tell you everything. And with Rachel, we didn’t have that communication. There were a lot of question marks, there was a lot of guessing. And when it came to such a pivotal point in our journey, we can’t have that. You can’t have that to start off a successful relationship. So one important piece for this season I encouraged throughout the very beginning to the very end is that we’re all always being open with how we’re feeling.

Last season, it seemed like you were blindsided from that breakup with Rachel. Were you totally blindsided?

At that time, it felt like a blindside. After having months at this point, after talking with her and also just looking back at it, I understand where she’s coming from now. I have no hard feelings for her and the decision she made. It’s very tough being in this lead position and you’d like to think you do everything right, but sometimes you fall short. And at that time, yeah, it felt like that, but there’s no bad feelings about it. I understand as much as I can — enough to where there’s that closure there.

Can you explain what exactly happened? I think the viewers are still a little confused with what led to that breakup.

From what I can share, essentially it was this time where you’re at the overnights and you have that alone time finally away from the cameras to just talk and be together, and essentially, I was treated a lot different than I had ever been treated by her the entire season. It felt like I was talking to someone different. And I was looking at her and thinking, like, “I don’t think she sees it in me. I don’t think she sees a future with me.” And I was shocked because I saw a future with her. But she treated me so different and off, and I was like I can’t be engaged to someone where now I’m just completely being treated by you – this person that I was falling in love with – and now you’re looking at me like a stranger, and that hurt. That’s a little bit of – actually, that’s a lot a bit – of kind of what it was that happened that night, but without getting into the details.

What you actually filmed on that proposal or that final night, whatever happened, to your knowledge, is that the ending that viewers will see? Or is your story still continuing, and is there still more that you’re filming?

Well, I’m very happy you’re happy. Have you seen the episodes yet, or will you be watching when the show airs on Monday nights?

My preference is I want to watch them beforehand. Not with everyone. That’s kind of my cup of tea. I would rather not have a complete surprise.

As “The Bachelor” himself, that’s a perk that comes along with the job, right?

Please — if they don’t, let’s make it happen.

“The Bachelor” premieres on Monday, Jan. 23 at 8 p.m. on ABC. To meet the cast of women on Shallcross’ season, click here.