Netflix Is ‘Pleased With the Growth’ of Its Ad Tier So Far, Head of Advertising Says 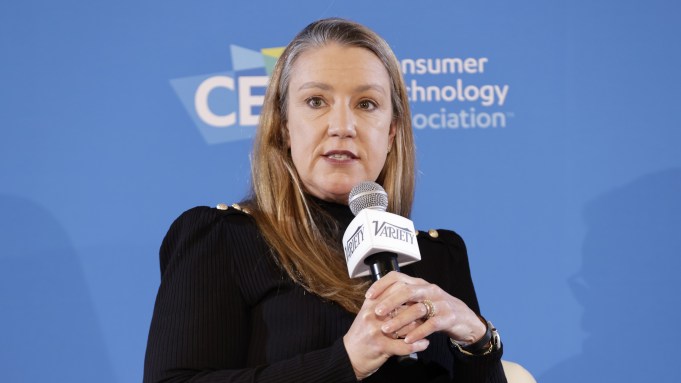 Netflix is “pleased with the growth that we’re seeing” in its ad-supported tier since its launch nine weeks ago, said Jeremi Gorman, president of worldwide advertising.

Gorman, speaking Friday at Variety’s Entertainment Summit at CES, declined to break out subscriber numbers (Netflix reports fourth-quarter 2022 earnings on Jan. 19). However, she said, “You would be able to see if I was a concerned human — I wear it on my face.” (Watch the full interview above between Gorman and Andrew Wallenstein, president and chief media analyst, Variety Intelligence Platform.)

Gorman, who joined the streamer last year from Snap, where she was chief business officer, said the expectation is for Netflix’s ad tier to be at least revenue neutral — if not positive. About the risk of cannibalizing Netflix’s subscribers who pay for no ads, Gorman said, “The whole goal of it is customer choice… Historically with Netflix, people stay on the plan they originally subscribed to.”

Netflix Basic With Ads launched in the U.S. on Nov. 3 at $6.99 per month (30% less than the the regular Basic plan without ads, at $9.99 per month). The ad-supported package is available in 12 countries: Australia, Brazil, Canada, France, Germany, Italy, Japan, Mexico, South Korea, Spain, the U.K. and the U.S.

Netflix Basic With Ads excludes some popular TV series and movies, including “House of Cards,” “New Girl” and “The Good Place,” for which Netflix does not currently have rights to serve advertising. (Netflix says 5%-10% of total titles are unavailable in the ad tier, depending on market.) “The vast majority” of Netflix content is available on the ad tier, Gorman said, and reiterated that the streamer is working to renegotiate deals to bring more shows and movies to the offering and at some point “hopefully have everything available.”

Meanwhile, subscribers on the ad-supported plan, which serves up about 4-5 minutes of commercials per hour of content, can’t download titles for offline viewing. The service also is limited to a single 720p HD stream at a time (as is the case for Netflix Basic without ads).

Gorman described her decision to join Netflix as “an amazing opportunity to reach this engaged audience, with this extraordinary content, in a place where marketers have never been able to reach them before,” Gorman said. “It felt like kind of a no-brainer.”

Netflix is sticking with traditional 15- and 30-second ads for now, but longer term the company plans to broaden the ad formats to target viewers differently, Gorman said. For example, Netflix expects to introduce single-show sponsorships; it could introduce the ability for marketers to target ads in “gift-giving moments” regardless of content; and add the ability to target ads based on demographic data like age and gender. “We did launch with MVP,” she said, meaning “minimum viable product.”

Netflix’s ad-supported service is serving ads through a partnership with Microsoft and its Xandr platform. Gorman said there’s a “broad swath” of advertisers in the initial mix for the ad-supported tier, including consumer packaged goods, automotive, retail and luxury marketers.

Netflix comes to the ad market after years of execs resisting the move. Today, most large streaming services offer an ad-based option, including Disney+, which launched a cheaper plan with advertising in December in the U.S. “I think it’s a rising-tide-rises-all-boats situation, for connected TV in general, for ad-supported streaming services, for customer choice,” Gorman said about the competitive landscape. “Each of the companies is really compelling another company to make extraordinary content.”