Emilia Clarke Refuses to Watch ‘House of the Dragon’: ‘Can You Forgive Me? It’s So Weird’ 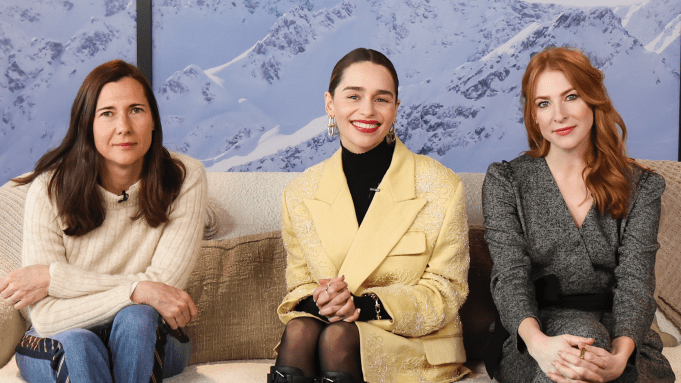 HBO’s “House of the Dragon” has tens of millions of viewers, but Emilia Clarke is not one of them. Why? “I just can’t do it,” she told Variety’s Matt Donnelly at the Variety Studio presented by Audible at Sundance. “It’s so weird. It’s so strange.”

Clarke became a household name thanks to her breakout role as Daenerys Targaryen on HBO’s “Game of Thrones,” which she starred on for all eight seasons. “House of the Dragon” is a prequel series that follows Daenerys’ ancestors, making the show hit far too close to home for Clarke.

“No! Can you [forgive me]?” Clarke said when asked about watching “House of the Dragon.” “It’s too weird. I’m so happy it’s happening. I’m over the moon about all the awards… I just can’t do it. It’s so weird. It’s so strange. It’s kind of like someone saying, ‘You want to go to this school reunion that’s not your year? Want to go to that school reunion?’ That’s how it feels. I’m avoiding it.”

For her performance as Daenerys, Clarke was nominated for four Emmy Awards and three Critics’ Choice Awards. “House of the Dragon” has similarly become an awards favorite, recently earning a best drama nomination at the Golden Globes. The prequel series’ pilot episode launched to 9.9 million viewers in its first night, drawing the largest audience in HBO’s history.

Clarke attended the Variety Studio presented by Audible at Sundance to promote her festival world premiere, “The Pod Generation.” Clarke stars opposite Chiwetel Ejiofor as a couple in the not-so-distant future who try to have a baby through a detachable artificial womb. The film wrestles with topics such as abortion, which Clarke spoke passionately about with Variety.

“There’s so much politics around being a mother, having a child, not having a child… my God!” Clarke said. “How dare people have the audacity to have that kind of an opinion on someone’s life? No one has any access to how anyone feels… to try and put arguments on a person when you don’t know them or their situations… there are bigger problems we should be dealing with.”