Colin Farrell Teases ‘The Penguin’ Series: ‘The Batman’ Was Just the ‘Tip of the Iceberg’ 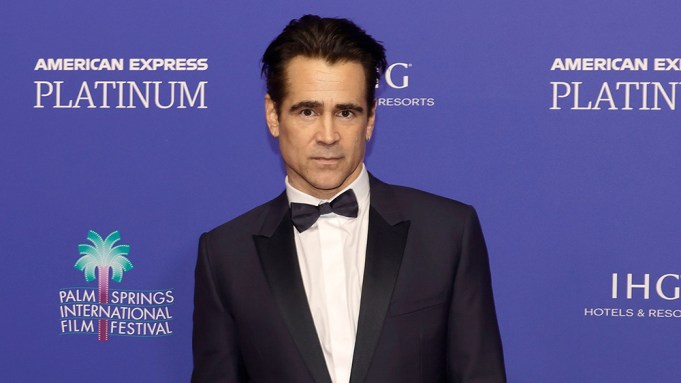 For Colin Farrell, playing The Penguin in Matt Reeves’ “The Batman” was just the “tip of the iceberg” in his exploration of the character, which will continue with its eponymous HBO Max spinoff series.

At the Palm Springs International Film Festival Awards Gala on Thursday night, Farrell opened up to Variety‘s Marc Malkin about how “The Penguin” series came together, saying that he had no idea when he started filming “The Batman” that his character would get its own show.

“The only thing I had an idea was that I wasn’t nearly getting to explore the character as much as I wanted to,” Farrell said on the red carpet. “Because there was all this extraordinary work done by [makeup artists] Mike Marino and Mike Fontaine and his team, and I just thought it was the tip of the iceberg, pardon the pun, that we were getting to do the six or seven scenes that we did in the film. I was grateful for them, but I wanted more.”

Farrell said he then “had a bit of a thought about it” and talked to producer Dylan Clark, who was also keen on the idea. But what really made him want to do “The Penguin” spinoff was the work of makeup artists Marino and Fontaine, who were responsible for Farrell’s shocking transformation into the supervillain.

“Honest to god, any thought I had about an extended series was to do with Mike Marino’s work. I just knew there was so much to do with it — age it up, age it down,” Farrell continued. “He’s just such a genius, Mike, so it was his work that was the inspiration, really.”

In fact, Farrell’s Penguin look was such an effective disguise that he took a trip to Starbucks in it during the first makeup test. “They’re cool about it in Ireland. People don’t be looking,” Farrell said. “People don’t be paying as much attention as you think!”

Production on “The Penguin” series begins in February, Farrell said, and will take around five or six months.

Farrell was being honored at the gala for his work in Martin McDonagh’s “The Banshees of Inisherin,” for which the film festival awarded him the Desert Palm Achievement Award in acting.