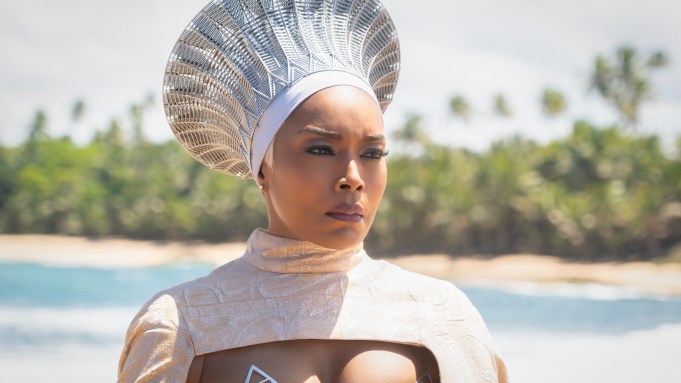 Oscar buzz for Angela Bassett’s performance in “Black Panther: Wakanda Forever” surged all the way to Sundance, where her “Black Panther” director Ryan Coogler and “Master of None” co-star Lena Waithe both championed her for the gold. Coogler and Waithe both spoke to Variety’s Angelique Jackson backstage at the A Taste of Sundance event on the festival’s opening night. Coogler was awarded at the event with the inaugural Variety Visionary Award, which recognizes a notable Sundance alumni. Coogler is celebrating the 10th anniversary of his Sundance winner “Fruitvale Station” this year.

Bassett has emerged as the best supporting actress Oscar frontrunner after winning prizes at the Golden Globe Awards and the Critic’s Choice Awards, plus earning nominations at the Screen Actors Guild Awards and the BAFTA Film Awards.

“She’s so incredible that sometimes you forget. You know?” Coogler said in reaction to Bassett’s frontrunner status. “Her work ethic is insane. I came up playing sports so you notice this working with her, it’s like you have an extra coach on the field. I find on days when she’s working I can get more done. It’s just the truth.”

Coogler added, “She would do this thing on the first movie where she doesn’t really leave set. She stays crazy close, which is nuts for an actor like her. It sets such an amazing example. Nobody wants to go back to the trailer in between when Angela is sitting right next to the camera.”

Waithe and Bassett played mother and daughter on an acclaimed episode of Netflix’s “Master of None.” Waithe, who won an Emmy for writing the episode, said she “was honored” to sit across from Bassett during the making of the show and added that Bassett has become “a second mother” in real life.

“I’m so grateful for that,” Waithe said. “Seeing her in ‘Black Panther: Wakanda Forever’… it warms my heart even more to see her get her flowers that everybody knows she deserves. Our fingers are all crossed. We’ve been texting, ‘Mama Angela, you gotta get your things! You gotta get your things.” She said, ‘I’m coming for my things.’ I hope she gets a golden thing very soon.”

If Bassett takes the Oscar for best supporting actress, she’ll become the first actor to win an Academy Award by playing a character in the Marvel Cinematic Universe. “Black Panther: Wakanda Forever” hits Disney+ on Feb. 1, shortly after the 2023 Oscar nominations are revealed on Jan. 24.