Continue to Variety SKIP AD
You will be redirected back to your article in seconds
Jan 13, 2023 5:45pm PT 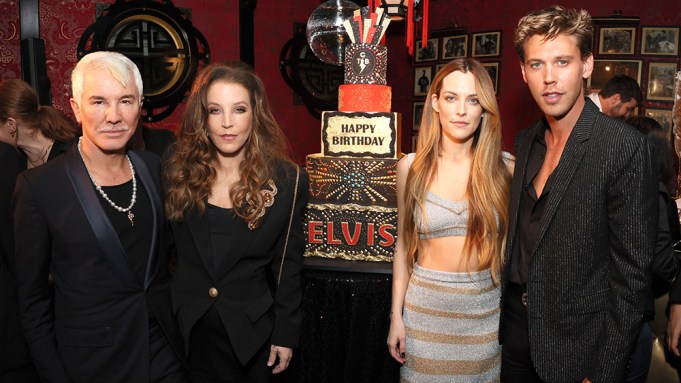 “Elvis” director Baz Luhrmann and star Austin Butler have paid tribute to Lisa Marie Presley, the musician and only child of Elvis Presley, who died on Thursday at the age of 54 after suffering cardiac arrest.

“My heart is completely shattered for Riley, Finley, Harper and Priscilla at the tragic and unexpected loss of Lisa Marie,” Butler said in a statement to Variety. “I am eternally grateful for the time I was lucky enough to be near her bright light and will forever cherish the quiet moments we shared. Her warmth, her love and her authenticity will always be remembered.”

Baz Luhrmann added in an Instagram post: “Over the last year, the entire Elvis movie family and I have felt the privilege of Lisa Marie’s kind embrace. Her sudden, shocking loss has devastated people all around the world. I know her fans everywhere join me in sharing prayers of love and support with her mother, Priscilla, and her wonderful daughters Riley, Finley and Harper. Lisa Marie, we will miss your warmth, your smile, your love.”

Butler, Luhrmann and Presley were just together on Tuesday night at the Golden Globes, where Butler took home the award for best actor in a motion picture drama for his performance in “Elvis.” They also attended a pre-Globes party on Sunday, where they celebrated what would have been Elvis’ 88th birthday.

“I am so overwhelmed by this film and the effect that it’s had and what Austin’s done. I’m so proud. I know that my father would also be very proud,” Presley said at the event.

At a recent screening of the film as part of Variety‘s Artisans Screening Series, Luhrmann opened up about his interactions with the Presley family. “Lisa Marie said to me, ‘I’ve never supported a film about Elvis, but I’ll support you,'” he said.

He took a moment to clarify that the Presley estate was no longer owned by Lisa Marie, who sold it in 2005. But she still maintained 100% sole ownership of the family home, Graceland. Luhrmann revealed Presley had given him access to the home and he had set up an office there for 18 months while preparing for the film.

Tom Hanks, who played Colonel Tom Parker in the film, also remembered Presley on Instagram Thursday night along with his wife Rita Wilson.

“Lisa Marie was so honest and direct, vulnerable, in a state of anticipation about the movie,” Hanks and Wilson wrote. “She spoke so eloquently about her father, what the movie meant to her, that it was a celebration of her dad.”