‘Killers of the Flower Moon’ Is Far Different From Scorsese’s Original Plan — Thanks to the Osage Nation, Says Lily Gladstone 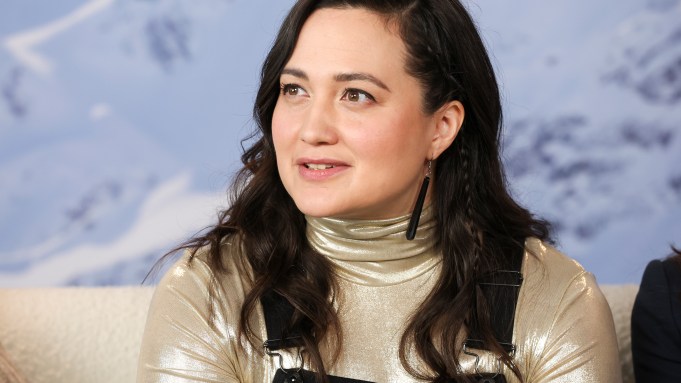 What’s it like working with a star as powerful as Leonardo DiCaprio? “Oh, it was great!” said Lily Gladstone at the Variety Studio, presented by Audible at Sundance. Gladstone is at the Park City festival this year with the world premiere of “Fancy Dance,” but we couldn’t help but ask the actor about working with DiCaprio in Martin Scorsese’s “Killers of the Flower Moon.”

“You have those moments with superstars, and I feel like I’ve had so many moments so far in these wonderful films that I get to do,” Gladstone said. “The name is a different thing than the person. When you’re sitting down doing the scene work, it’s just two actors. I’ve been so lucky that everybody is a committed artist to what they do. It was a really refreshing thing to see. Everyone is searching for the truth of what’s going on.”

“Killers of the Flower Moon” is based on David Grann’s non-fiction book and tracks the investigation of serial murders that plagued the Osage Nation during the 1920s after oil was discovered on their land. The murders prompted the newly-formed FBI to investigate. DiCaprio and Gladstone star as married couple Ernest and Mollie Burkhart. The cast also includes Robert De Niro and Jesse Plemons.

As Gladstone told Variety, Scorsese worked closely with the real-life Osage Nation to ensure his movie would properly represent the community. Osage Nation chief Geoffrey Standing Bear even served as a consultant on the movie. The Osage Nation ended up positively changing “Flower Moon” from what Scorsese originally planned.

“The work is better when you let the world inform the work,” Gladstone said. “That was very refreshing how involved the production got with the [Osage Nation] community. As the community warmed up to our presence, the more the community got involved with the film. It’s a different movie than the one [Scorsese] walked in to make almost entirely because of what the community had to say about how it was being made and what was being portrayed.”

“Fancy Dance” is another project in Gladstone’s filmography that ensures Indigenous communities are fairly represented on screen. Gladstone plays a woman whose sister disappeared, leaving her to care for her niece on Seneca-Cayuga Reservation in Oklahoma. The two eventually set out on a mission to locate the missing woman.

Apple is set to release “Killers of the Flower Moon” later this year.