Jason Momoa on DC Meeting With James Gunn: ‘I’ll Always Be Aquaman’ and Might Play ‘Other Characters, Too’ 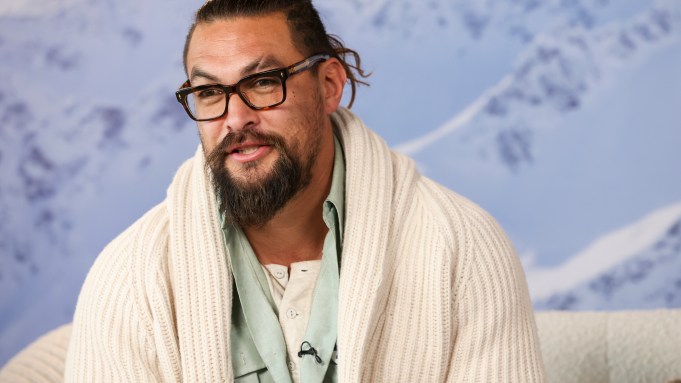 “I’ll always be Aquaman,” Jason Momoa proclaimed at the Variety Studio presented by Audible at Sundance. Momoa is at the Park City festival as the narrator of the new documentary “Deep Rising,” which investigates organizations that are extracting metals from the deep seafloor. Though the conversation rapidly shifted to center around the “Aquaman” actor’s future in the DC universe, following a meeting with new DC Studio heads James Gunn and Peter Safran.

“It’s very, very wonderful,” Momoa said of the meeting. “I’m in the house of Warner Bros. and they are liking a lot of stuff I’m doing. We got a lot of good things coming.”

One thing coming is Momoa’s second standalone “Aquaman” movie, “Aquaman and the Lost Kingdom.” There’s also rumors that Momoa will be playing a different superhero character, Lobo, in the new DC Universe under Gunn and Safran. Momoa would not confirm such rumors, but he did say “there might be other characters” coming from him down the line regarding DC.

“The beautiful thing [about ‘Aquaman and the Lost Kingdom’] is me and my partner wrote the first treatment for it and it was about a 55-page treatment, and a lot of it has to deal with me talking to the U.N. about what’s happening with the melting ice caps,” Momoa said. “There’s no far off galaxy coming to destroy us or aliens from another place. It’s us ruining our planet. We need to get it together and save our home.”

Momoa concluded, “I’ll always be Aquaman. Ain’t anyone coming in there and taking shit. There might be some other characters, too. I can play other things, too. I can be funny and savage and charming.”

“Listen, I never thought in a million years that people would be using my voice,” Momoa said. “It’s wonderful and I just want to shine a light on films like this.”

“Deep Rising” marks the return to Sundance for director-producer Matthieu Rytz, whose first feature-length documentary, “Anote’s Ark,” debuted at the festival in 2018. Both of Rytz’ projects to date share a similar tale of urgency, reflecting on the imminent dangers of climate change and coastal pollution.

“Climate change — it touches everything,” said scientist Sandor Mulsow, who was selected as one of the documentary subjects by virtue of his former service at the International Seabed Authority. “The ocean is the only regulator that we have. We cannot screw it up, we cannot destroy, we cannot intervene in the way we are thinking. No deep sea mining, please. No deep sea mining.”

Rytz’ recent release examines the ways in which resources are depleted for profit and ocean life is depreciated in favor of corporate greed. A primary example scrutinized throughout the film is a mining startup called The Metals Company, which tears up the Pacific Ocean floor to extract polymetallic nodules considered essential for the production of electric vehicle batteries.