James Cameron Says Watching ‘Avatar’ on Your Phone Is Bad, but Not Because of Screen Size: Stop Multitasking 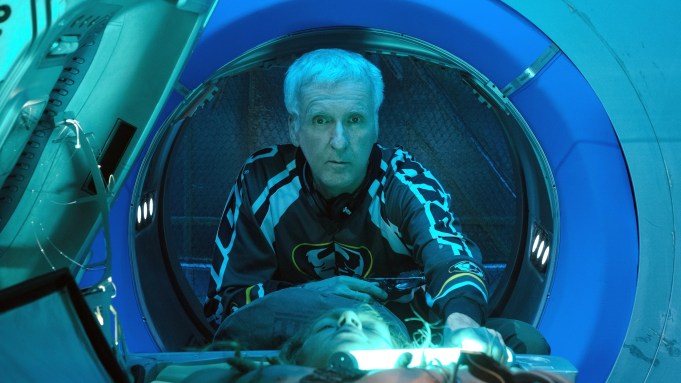 James Cameron’s “Avatar” franchise was made for viewing in premium large format theaters such as IMAX 3D and Dolby Cinema, but that doesn’t mean watching the movies at home is a bad idea. The Oscar-winning director recently spoke to NPR about different viewing methods for “Avatar,” and he said a “good experience” can still be achieved at home.

“If you watch ‘Way of Water’ at home on a reasonably large flat screen TV with a decent sound system and you sit close enough and that way across the room, you’re going to have a good experience,” Cameron said.

Watching “Avatar” on your phone is where Cameron draws a line, but it has nothing to do with the size of the screen. As the director said, “When you start looking at something on a phone, you’re sort of missing the point. Going to a movie theater is less about the size of the screen and the perfection of the sound system. And it’s more about a decision to not multitask.”

“I think that’s the critical part that people are missing,” the director continued. “You’re making a deal between yourself and a piece of art to give it your full attention. And you don’t when you’re at home. People don’t cry as much when they watch a movie at home as they will in a movie theater. You don’t have the depth of emotion.”

Cameron expressed a similar opinion earlier this month during an interview with Variety on the Golden Globes red carpet. “When we go to the movies we make a deal with ourselves to have undivided attention for a couple of hours,” he said. “It’s about immersing yourself…choosing to commit to that ahead of time.”

“Avatar: The Way of Water” just surpassed “Spider Man: No Way Home” at the worldwide box office to become the sixth-biggest film in history with $1.92 billion. It’s all but certain “The Way of Water” will cross the $2 billion mark. Cameron celebrated the box office milestone by telling Variety that the “Avatar” sequel’s success is proof that movie theaters still matter.

“Avatar: The Way of Water” is now playing in theaters nationwide.