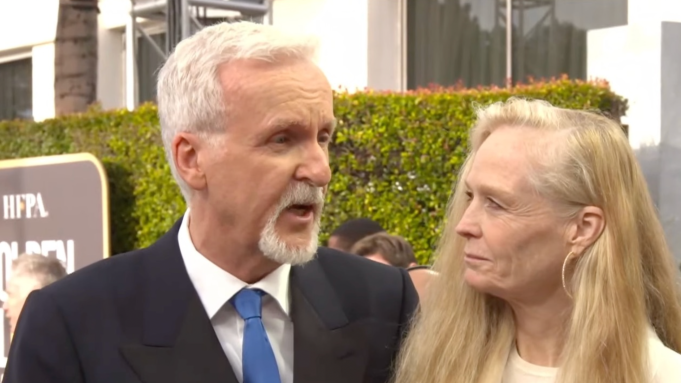 As “Avatar: The Way of Water” gets closer to the $2 billion mark at the worldwide box office, James Cameron says it’s a reminder that moviegoers still value the theatrical experience in an era of streaming dominance. Cameron spoke with Variety during the Official Digital Pre-Show for the Golden Globes and reacted to the “Avatar” sequel’s box office dominance.

Later in the interview, Cameron addressed moviegoers who text during films at the theater. “They’re missing the point,” the director said. “When we go to the movies we make a deal with ourselves to have undivided attention for a couple of hours. It’s about immersing yourself…choosing to commit to that ahead of time.”

Cameron said on last week’s episode of “Who’s Talking to Chris Wallace?” that “Avatar: The Way of Water” will turn the profit it needs to in order get the remainder of his franchise sequels made.

“It looks like with the momentum that the film has now that we’ll easily pass our break even in the next few days, so it looks like I can’t wiggle out of this and I’m gonna have to do these other sequels,” Cameron said. “I know what I’m going to be doing the next six or seven years.”

Cameron added about the film turning a profit, “The point is we’re going to be okay. I’m sure that we’ll have a discussion soon with with the top folks at Disney about the game plan going forward for ‘Avatar 3,’ which is already in the can – we’ve already captured and photographed the whole film, so we’re in extended post-production to do all that CG magic. And then ‘Avatar 4’ and ‘5’ are both written. We even have some of ‘4’ in the can. We’ve begun a franchise at this point. We’ve begun a saga that can now play out over multiple films.”

“Avatar: The Way of Water” is now playing in theaters nationwide.